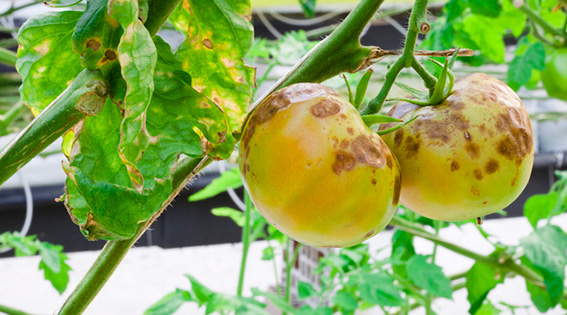 While the concept of ‘going viral’ is perceived as a positive thing on social media, it is decidedly a negative thing when it comes to plants, animals, and other forms of life. Viruses are said to be the most abundant forms of life on the planet, and they have become particularly adept at infecting agricultural plants. European researchers recently devised a technique to inoculate food crops from being infected by viruses in the future.

When viruses infect agricultural crops, they usually cause diseases that destroy the crops or significantly reduce their quality and yield. As with other living organisms, plants have multiple immune responses against viral infections, one of which involves producing small interfering ribonucleic acids (siRNAs) by chopping up viral RNA. The siRNAs then use special proteins to locate and dismantle viral RNA. However, many of the siRNAs that plants produce are not adept at eradicating viral RNA.

Researchers at Martin Luther University Halle-Wittenberg have developed a method to screen plants for siRNAs that have the best antiviral properties and extract them to use as plant vaccines. The scientists have demonstrated the effectiveness of this vaccination method in a laboratory, but they must conduct further research to perfect the process and ensure that it will be effective outside of laboratory conditions.

According to The Wall Street Journal, Amazon.com introduced its checkout-free technology in a large grocery store, called Go Grocery, in Seattle on February 25.

The Barry Callebaut Group has announced the launch of personalized 3D-printed chocolate at scale through its global decoration brand, Mona Lisa.

Nielsen Global Connect has released its Top 25 Breakthrough Innovation winners for 2019. For close to a decade, this list has been the gold standard in recognizing innovation and global success within the consumer packaged goods (CPG) space. Of the 25 winners, 15 of the products are from food companies.