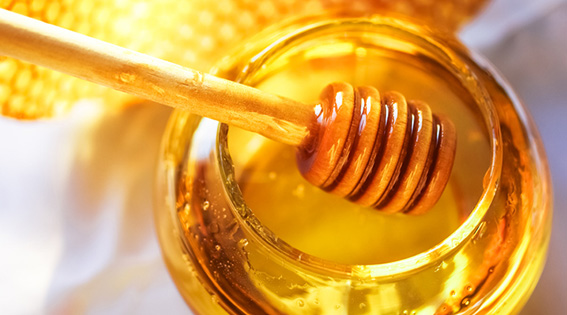 A team of 12 students from the Department of Biotechnology and Food Engineering at the Technion – Israel Institute of Technology has won a gold medal at the International Genetically Engineered Machine (iGEM) competition in Boston for its bee-free honey. The synthetic honey is produced by the bacterium Bacillus subtilis, which “learns” to produce honey following reprogramming in the lab. In addition to alleviating some of the pressure on declining bee populations, the artificial honey enables manufacturers to formulate the end product to the desired specifications, including taste.

Twelve students from six different disciplines—biomedical engineering, medicine, biotechnology and food engineering, industrial management and engineering, chemical engineering, and aerospace engineering—came together for the project, which they named BeeFree. “Our vision is to create a sustainable BeeFree honey using engineered bacteria, which will process a nectar-like solution using secreted enzymes that mimic the honey stomach environment,” the team states on its website.

Honeybees produce honey to make the flower’s nectar more digestible and well-preserved, using various enzymes secreted in their stomachs. To replicate this process, the team established a comprehensive model of the entire “Synthetic Honey Stomach” metabolic pathway. They used B. subtilis as a bacterial model for protein secretion because its high secretion capacity made it a prime candidate to produce the target enzymes and create the artificial honey.

iGEM is a competition established in 2004 by the Massachusetts Institute of Technology (MIT), which gives students the opportunity to study and experiment with all aspects of scientific and applied research in synthetic biology. Some 300 teams from universities all over the world took part in the competition. According to iGEM, gold medals are not grand prizes; they are awarded for recognition of excellence. A total of 163 gold medals were handed out during the competition, as well as 77 silver medals, and 57 bronze medals.

Researchers at the University of Cambridge learned that a family of transposons called Rider retrotransposons in tomatoes may have the ability to affect important crop traits like drought resistance, according to a study published in PLOS Genetics and a press release provided by the university.

Viruses are said to be the most abundant forms of life on the planet, and they have become particularly adept at infecting agricultural plants. European researchers recently devised a technique to inoculate food crops from being infected by viruses in the future.

The International Food Information Council (IFIC) Foundation has published five trends for food and nutrition in 2020.

The editors at Food Technology magazine, published by the Institute of Food Technologists, have announced their predictions on hot food trends for 2020. Here’s what they’re forecasting for this coming year.

According to the Associated Press, a measure prohibiting all single-use plastic and polystyrene foodservice items on Oahu, Hawaii, has become law.

Changes needed to alleviate the ‘double burden’ of malnutrition December 17, 2019

A report on malnutrition finds that a new approach is needed to help reduce undernutrition and obesity at the same time, as the issues become increasingly connected due to rapid changes in countries’ food systems.