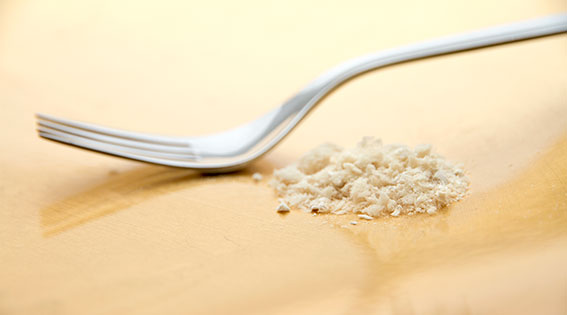 A Finnish company has developed a process to create edible protein from thin air. Well, that’s a slight exaggeration, but start-up Solar Foods has come up with a process that requires only carbon dioxide, water, and electricity plus a few trace elements to create a unique single-cell vegan protein that its developers hope to see used to feed space travelers to Mars. Already the company has been invited to develop a proposal for food production as part of the European Space Agency Business Incubation Program.

Pasi Vainikka, CEO of Solar Foods, likens the process to fermentation minus the yeast and sugars. “We disconnect completely from the use of land,” said Vainikka, speaking in a Deeptech Showcase talk at SLUSH, a start-up event held last month in Helsinki. “We don’t use sugars that originate from plants.” Instead, he explained, the company electrolyzes water to make hydrogen, takes CO2 from the air, adds some vitamins and minerals and combines it all in bioreactors where naturally occurring microbes “eat the hydrogen as a source of energy and the CO2 as a source of carbon, and then they grow and multiply. You take the liquid out and dry it and then you end up with a powder.”

The powder produced via the bioreactors has a protein content of 50% and looks and tastes like wheat flour. Potential applications include pasta, bread, pizza, shakes, breakfast cereal, and more. It could even be used in cultured meat production, Vainikka says.

A former energy engineer, Vainikka envisions a future where electricity will be the primary fuel for food production—an environmentally friendly approach that will address the issue of greenhouse gas emissions from farming and livestock production, which together are responsible for 20% of the current global carbon footprint.

The protein powder project is currently in the testing phase. Solar Foods is targeting commercial protein production in 2021 and plans to soon seek regulatory approval for use of the new protein as a food ingredient. The process is based on the research initiatives of VTT Technology Research Centre of Finland and Lappeenranta University of Technology in Finland.

A new tool in the fight against foodborne infections April 6, 2020

Noroviruses account for a large share of foodborne illnesses caused by consumption of contaminated produce. But a team of researchers recently developed a novel method for combating them.

Research published in the Journal of Biological Chemistry sheds light on the biochemical mechanism behind how wine grapes produce tartaric acid.

Scientists in China have discovered a possible way to deter birds from feeding on sorghum crops.

Sharing Her Corner of the South December 1, 2016

The FDA, CDC, and state and local partners are currently investigating a multistate outbreak of Listeria monocytogenes infections linked to enoki mushrooms.

U.S. Secretary of Agriculture Sonny Perdue has announced approval for Arizona and California’s request to provide online purchasing of food to SNAP Households in both states.

The coronavirus pandemic is hitting U.S. meat operations, slowing and temporarily halting production at some plants as sickness and fear keep workers home.