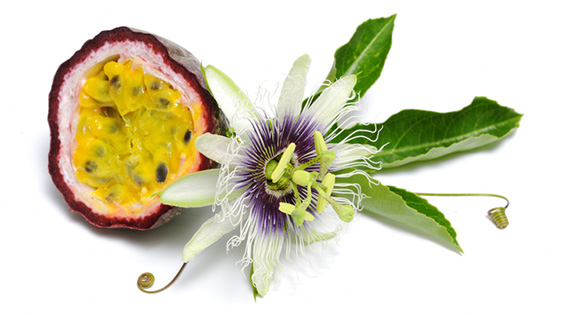 Passion fruit woodiness is a difficult-to-control disease spread by aphids that carry the cowpea aphid-borne mosaic virus. Farmers in Brazil had previously tried a variety of methods—including pesticides and plant vaccination—to control the disease but with little or no success. The study’s authors suggested that employing a simple crop technique might be effective: roguing. Roguing is finding and eradicating plants with problematic characteristics such as diseases or pests from an agricultural field.

The study involved growing a number of passion-flower test plots and roguing the crops in some test plots but not in others. In the test plots where roguing did not occur, the crops were almost completely infected by cowpea aphid-borne mosaic virus within 120 days. In the test plots were roguing was performed, up to 16% or less of the plants became infected. The study’s authors therefore concluded that roguing would likely be an effective method to control passion fruit woodiness in passion-flower crops, but studies on larger test plots are needed.

A team of MIT researchers has come up with a new approach to fortifying foods by encapsulating micronutrients such as iron and vitamin A—a strategy that they hope will help fight malnutrition in the developing world.

Research scientists at Texas A&M have discovered that insects wounds on the leaves of fruit and vegetable crops may create stress responses and cause the plant to produce more antioxidants prior to harvest.

A study published in The Journal of Nutrition suggests that eating walnuts daily as part of a healthy diet may increase certain bacteria in the gut that can help promote health.

A study published in the European Journal of Preventive Care explores the associations of tea consumption with the risk of atherosclerotic cardiovascular disease (ASCVD) and all-cause mortality in more than 100,000 Chinese adults.

A study published in JAMA suggests that increasing vegetable consumption in men with early-stage prostate cancer may not impact the rate of cancer progression.