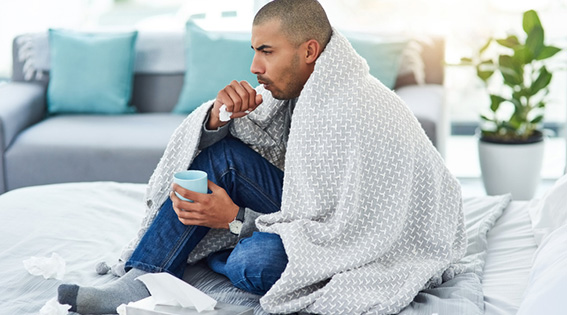 Every year, people are encouraged to get flu shots, wash their hands, and cover their mouths to reduce their risk of acquiring and spreading the flu, the common cold, bronchitis, and other acute respiratory infections. But a recent study suggests that preventing acute respiratory illnesses may be as simple as taking probiotics.

A recent study sponsored by Chr. Hansen has determined that if certain strains of probiotics were administered to the U.S. public, healthcare costs related to respiratory infections would decrease by up to $1.4 billion. The study included research from two different independent clinical trials, which was used to help determine whether probiotics would boost the immune systems of study participants to the point that their ability to fight off respiratory illnesses would improve. The rationale is that certain probiotics would increase the number of beneficial bacteria in the gut microbiome, which scientists say may play a role in the immune response. The results of the independent clinical trials indicated that the people who took probiotics experienced substantive shorter durations of respiratory illnesses than the people who took placebos. This was true even for respiratory illnesses with viral origins.

Using an economic model they created, the study’s authors assessed the healthcare savings that would occur if most of the U.S. population used probiotics prophylactically. They concluded that the savings would likely range between $373 million and $1.4 billion. According to a press release by Chr. Hansen, two of its probiotic strains are among the probiotics that performed well in the independent trials.

A simulation model of different designs of taxes on sugary drinks and their effects on obesity, cardiovascular disease, and diabetes suggests that all tax designs would generate substantial health gains as well as lower health costs in the United States.

Excess coffee consumption a culprit for poor health May 28, 2020

Whether coffee is good or bad for your health can be clarified by genetics, as a study from the University of South Australia’s Australian Center for Precision Health shows that excess coffee consumption may cause poor health.