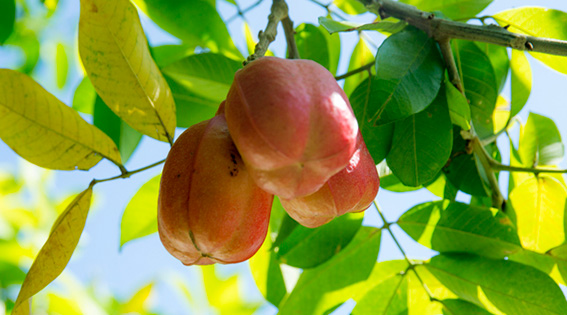 Plant-based diets are often associated with healthfulness, but a group of researchers are focusing attention on the dangers related to overconsuming certain plants. Three scientists from Oregon Health & Science University have catalogued the potential neurotoxic impact of the fruit of the ackee tree native to West Africa and popular in Jamaica; lychee fruit, a widely consumed tropical fruit from southern Asia; grasspea, a protein-rich legume consumed in India and the Horn of Africa; and cassava, a plant whose roots and leaves are consumed by those living throughout the sub-Saharan region. Their research findings were published recently in the journal Environmental Neurology.

Health risks are greatest for people who are undernourished and/or who are heavily dependent upon one particular plant for sustenance. The researchers further note that some plants may become more toxic due to climate change, and that in developed countries, increased interest in foraging for wild edibles may heighten risk.

“The combination of human population growth, food and water insecurity, poverty, and—with climate change—increased dependency on environmentally tolerant plants with neurotoxic potential, predictably may result in an increased prevalence of nutritional neurotoxic disorders, especially in certain parts of Africa and Asia,” state authors Valerie Palmer, Desiré Tshala-Katumbay, and Peter Spencer in an abstract for the study.

In their review study, the authors address the ways in which these plants can affect brain health and/or cause disease. The effect of climate on cassava’s toxicity can be significant because when the plant is stressed by drought, the concentration of its toxins increases and high exposure may cause irreversible mobility problems. “Even if it’s a low-dose toxicant, cumulative exposure may have long-term effects,” says Tshala-Katumbay.

Palmer and Spencer have focused on grasspea, which can cause tremors, muscle weakness, and even paralysis among those who rely upon it for sustenance. Palmer notes that as the climate warms and the global population expands, people may be increasingly exposed to potentially toxic plants, especially in low-income countries. “This is very concerning, particularly because many people are going to need to rely on these crops in the future,” she says.

“The adverse neurological effects of food dependency on plant components with toxic potential constitutes a significant global health issue,” the researchers summarize in their review.