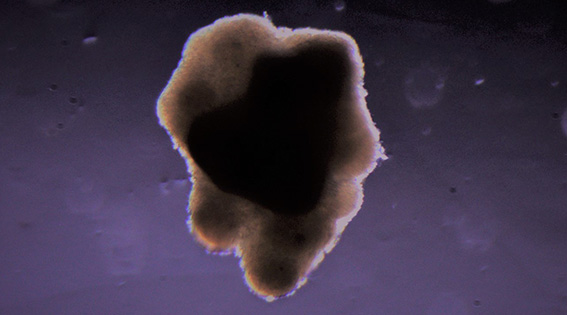 An international collaboration between 3D Bioprinting Solutions in Russia, Israeli-based Aleph Farms, and U.S.-based Meal Source Technology and Finless Foods has successfully produced cell-based meat aboard the International Space Station—248 miles away from any natural resources. Aleph Farms, which creates steaks from animal cells, was able to assemble a small-scale bit of muscle tissue in a 3D bioprinter, developed by 3D Bioprinting Solutions, under microgravity conditions, proving its concept that meat can be created in a lab in even the most extreme of environments.

“In space, we don’t have 10,000 or 15,000 L [approximately 3,963 gal] of water available to produce one kg [2.2 lb] of beef,” said Didier Toubia, co-founder and CEO of Aleph Farms. “This joint experiment marks a significant first step toward achieving our vision to ensure food security for generations to come, while preserving our natural resources. This keystone of human achievement in space follows Yuri Gagarin’s success of becoming the first man to journey into outer space, and Neil Armstrong’s 50th anniversary this year, celebrating the moment when the first man walked on [the moon].”

While the proof of concept in space was successful, it will likely take at least three years before consumers on Earth will be able to buy Aleph Farms’ cell-based meat. “The mission of providing access to high-quality nutrition anytime, anywhere in a sustainable way is an increasing challenge for all humans,” said Jonathan Berger, CEO of The Kitchen accelerator that co-founded Aleph.

A study published in the Journal of Clinical Medicine suggests that foods that produce sulfuric, phosphoric, or organic acids, may increase the mortality risk of cancer survivors with a past history of smoking.

A common food additive, recently banned in France but allowed in the United States and many other countries, was found to significantly alter gut microbiota in mice, causing inflammation in the colon and changes in protein expression in the liver, according to research published in Small.

A simulation model of different designs of taxes on sugary drinks and their effects on obesity, cardiovascular disease, and diabetes suggests that all tax designs would generate substantial health gains as well as lower health costs in the United States.

A variety of healthy eating patterns may be associated with lower heart disease risk June 19, 2020

Greater adherence to a variety of healthy eating patterns was associated with a lower risk of cardiovascular disease (CVD), according to a study published in JAMA Internal Medicine.