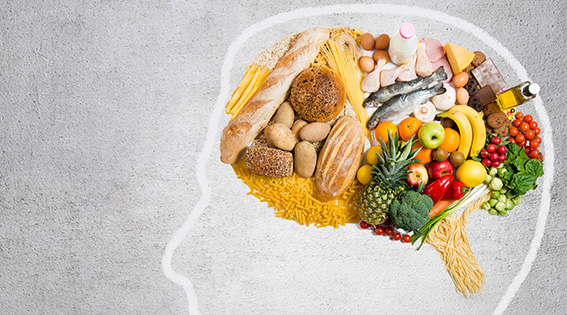 The trend toward plant-based eating has grown considerably in recent years, fueled in large part by consumers’ concerns for their health and the good of the environment. But a recent article published in the online journal BMJ Nutrition, Prevention & Health, warns that individuals who favor plant-based and vegan diets may be lacking in choline, a nutrient essential for brain health.

The primary dietary sources of choline are beef, eggs, dairy products, fish, and chicken, with much lower levels found in nuts, beans, and cruciferous vegetables, such as broccoli. Although choline is an essential dietary nutrient, the amount produced by the liver is not enough to meet the requirements of the human body.

In 1998, recognizing the importance of choline, the U.S. Institute of Medicine recommended minimum daily intakes. These range from 425 mg/day for women to 550 mg/day for men, and 450 mg/day and 550 mg/day for pregnant and breastfeeding women, respectively, because of the critical role the nutrient has in fetal development. In 2016, the European Food Safety Authority published similar daily requirements. Yet national dietary surveys in North America, Australia, and Europe show that habitual choline intake, on average, falls short of these recommendations.

Derbyshire finds the information on shortfalls “concerning given that current trends appear to be towards meat reduction and plant-based diets.” In light of the fact that choline is presently excluded from UK food composition databases, major dietary surveys, and dietary guidelines, she suggests that it may be time for the UK government’s independent Scientific Advisory Committee on Nutrition to consider including choline as part of UK Dietary Guidelines.

“More needs to be done to educate healthcare professionals and consumers about the importance of a choline-rich diet, and how to achieve this,” she writes. “If choline is not obtained in the levels needed from dietary sources per se, then supplementation strategies will be required, especially in relation to key stages of the life cycle, such as pregnancy, when choline intakes are critical to infant development.”

A new biomarker identified by researchers at the University of Reading in the United Kingdom, the University of California Davis, and Mars Inc. allows for more accurate measurement of human flavanol intake, a finding that will enable researchers to study the health benefits of flavanols better.

Researchers at Penn State University developed a composite antimicrobial film that can keep foodborne pathogens at bay and could one day be used to decrease outbreaks of foodborne illness.

Seeking a way to increase grain yield, researchers at The University of Hong Kong, the University of Calgary, and Rothamsted Research collaborated on a study that lays the foundation for improving rice yields by augmenting the size and weight of grains by 10%.

New research presents interesting findings on how wild strains of molds evolved into the ones used in cheese production today.

Mintel has announced two trends that are impacting the global packaging industry this year: Ahead of the Recycling Curve and In-Store Refill.

A study published in the journal Manufacturing and Service Operations Management suggests that in most cities, a small increase in the number of grocery stores would result in less wasted food, a significant contributor to climate change.