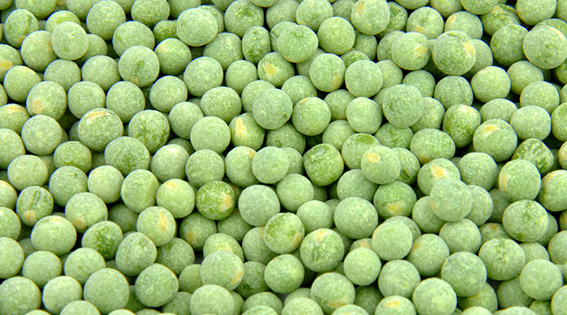 Producing gin from peas instead of wheat can significantly reduce the carbon footprint associated with the process, according to researchers at Trinity College Dublin.

Gin production is an energy-intensive process, say the researchers, so they partnered with experts at Arbikie Distillery in Scotland to find a way to lower the carbon footprint of the process. They looked for an alternative to the grain—in this case wheat—and decided to use peas. Kernels of dried, de-hulled peas were milled and fermented instead of mashed wheat grain. The results showed that the environmental footprint of the gin made from peas was significantly lower than for gin made from wheat across 12 of the 14 environmental effects assessed, including 12%, 48%, and 68% lower for global warming, acidification, and eutrophication burdens, respectively.

“Peas—working with specialized bacteria in their roots—are able to convert nitrogen from the atmosphere into biological fertilizer,” says Mike Williams, a professor and botanist from Trinity College Dublin’s School of Natural Sciences. “As a result, they don’t require applications of polluting synthetic nitrogen fertilizers, which are widely and heavily used in industrial agriculture. Furthermore, pea hulls and distillery co-products provide protein-rich animal feeds that can replace soybean imported from Latin America, where cultivation is driving deforestation.”

The study is published in Environment International.

The FDA has announced that it will provide flexibility regarding eligibility criteria for the qualified exemption under the Produce Safety Rule during the COVID-19 public health emergency.

According to the Produce Marketing Association’s (PMA) Produce Market Watch Weekly, sales of produce continued to rise during the ninth week of coronavirus-related shopping (the week ending May 16).