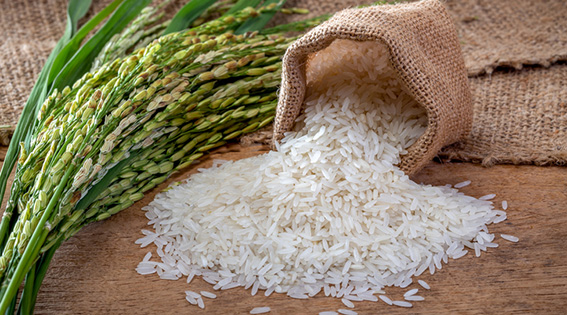 Billions of people around the globe depend on rice for their subsistence. Seeking a way to increase grain yield, researchers at The University of Hong Kong, the University of Calgary, and Rothamsted Research collaborated on a study that lays the foundation for improving rice yields by augmenting the size and weight of grains by 10%. The study was published in The Plant Journal.

The team of scientists identified a protein (OsACBP2) with the ability to enhance rice grain yield when it is overexpressed. The protein binds lipids that are the precursors in seed oil production, enhancing oil content in the rice grains. The protein has also been shown to improve nutritional value.

In a press release, project leader Mee-Len Chyeas of The University of Hong Kong remarked that “as rice bran oil is considered highly valuable because it contains bioactive components that have been reported to lower serum cholesterol and possess anti-oxidation, anti-carcinogenic, and anti-allergic inflammation activities, this technology, if applied to other food crops, would not only help address food security but also elevate nutritional properties in grains.”

According to The Wall Street Journal, Amazon.com introduced its checkout-free technology in a large grocery store, called Go Grocery, in Seattle on February 25.

The Barry Callebaut Group has announced the launch of personalized 3D-printed chocolate at scale through its global decoration brand, Mona Lisa.

Nielsen Global Connect has released its Top 25 Breakthrough Innovation winners for 2019. For close to a decade, this list has been the gold standard in recognizing innovation and global success within the consumer packaged goods (CPG) space. Of the 25 winners, 15 of the products are from food companies.