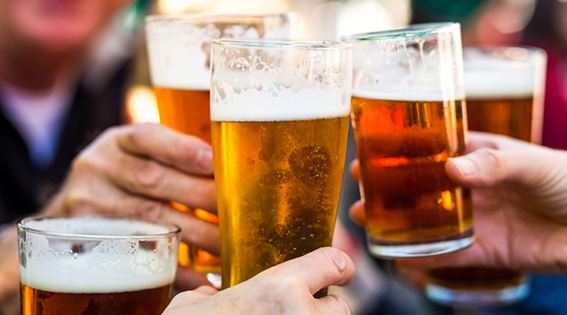 For beer lovers, there’s nothing like the taste of a fresh, cold brew on a hot day. But stale beer can develop a flavor akin to wet cardboard, which is caused by aldehyde compounds produced during fermentation. Although brewers have tried to reduce the formation of compounds, the problem of staling has yet to be conquered.

Recently, however, a group of researchers investigating yeasts with antistaling ability discovered that the flavor stability of beer could be improved by increasing the availability of a molecule called NADH. To test their theory, they artificially enhanced the levels of specific genes related to NADH production. The results are published in the Journal of Agricultural and Food Chemistry.

When compared with a control beer, the beer from the overexpressed yeast demonstrated superior antistaling capacities, with reductions in acetaldehyde ranging from 26.3% to 47.3%. In addition, levels of sulfur dioxide (SO2), a natural antioxidant, were increased while changes to other aroma components were only marginal. The researchers concluded that “this concept was useful for improving the antistaling stability without changing the flavor of beer.”

PepsiCo and Vital Pharmaceuticals (VPX), the manufacturer of Bang Energy drinks, have entered into an exclusive alliance for PepsiCo to distribute the portfolio of Bang Energy beverages in the United States.

Filtered coffee may be safer than unfiltered for cardiovascular health April 23, 2020

A study published in the European Journal of Preventive Cardiology examines the links between coffee brewing methods and risks of heart attacks and death and suggests that filtered coffee is safest.

Health and nutrition experts recommend that children do not consume drinks with added sugars or nonnutritive sweeteners, yet drinks containing both represent a major portion of beverages consumed by children.

A protein called phytochrome B, which can sense light and temperature, triggers plant growth and controls flowering time. How it does so is not fully understood.