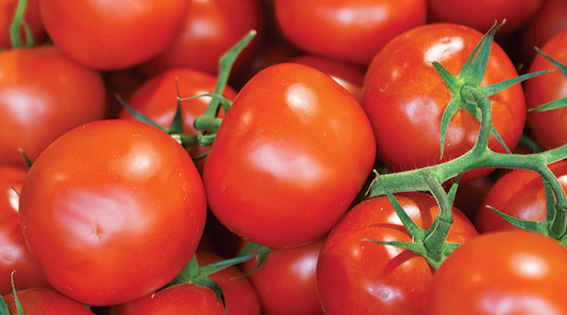 Researchers at the University of Cambridge learned that a family of transposons called Rider retrotransposons in tomatoes may have the ability to affect important crop traits like drought resistance, according to a study published in PLOS Genetics and a press release provided by the university.

The genetic constituents the researchers examined are transposons from the family Rider. Transposons, which the researchers report are often called jumping genes, are bits of the genetic code that can replicate and move along the genome, inserting themselves in different locations. In the study, they also refer to these as transposable elements (TEs). Previous research has shown that the transposons play a role in changing gene expression, but not much is known about what is behind their activity.

The researchers write that they found that stress from drought activates the genes, and that “Rider-like elements” are found in other plant species such as quinoa, beetroot, and rapeseed. “Altogether, our findings suggest that inter- and intra-species TE distribution can be uncoupled and that the evolution of TE families in present crop plants was more complex than initially anticipated,” write the researchers in the study. “We have further opened interesting perspectives for harnessing transposon activities in crop breeding. Potentially active TE families that react to environmental stimuli, such as Rider, provide an unprecedented opportunity to generate genetic and epigenetic variation from which desirable agronomical traits may emerge. Notably, rewiring of gene expression networks regulating the drought-stress responses of new Rider insertions is an interesting strategy to engineer drought-resilient crops.”

Waste from packaged food exacts a substantial environmental toll, but turning to sustainable new technologies has the potential to lessen its carbon footprint.

IFT’s virtual event brought participants from around the world together to consider challenging questions. In this issue, Food Technology asks some follow-up queries.

A look at innovations in metal packaging with a focus on cans and pouches.