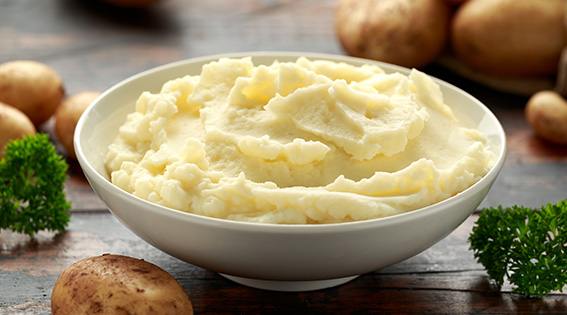 During the study, which was published in the Journal of Food Science, tasting panels evaluated mashed potatoes produced using both methods. An e-tongue assessed the impact of the reduced salt and the effect on the intensities of pepper, garlic, and other ingredients. Although pepper intensity remained the same for both fresh potatoes and those produced using MATS, it was reduced in retort processing.

Carolyn Ross, lead author of the study, suggested that the retort process takes longer to rise to the appropriate temperature and longer to cool down, resulting in texture and flavor changes in the food being treated. Since the MATS process take less time, the impact on food flavor and texture is reduced. Additionally, when pepper flavor is retained, less salt is needed.

The researchers believe that a salt reduction of up to 50% could be attained using the MATS processing method because the flavor of other herbs is enhanced.

Although MATS is a relatively new technology, Ross believes it holds potential for reducing salt and maintaining flavor in processed foods. “We have to make a product that people want to eat,” she said in a press release. “And there are a lot of older adults that eat prepared meals because of convenience and safety. So if we can reduce salt intake from those foods, and still have pleasant flavors, it could be hugely beneficial.”

In a new role at the USDA, an award-winning researcher and public policy expert is poised to break down barriers to nutrition security and health equity.

A look at some of the new products available this summer.

Consultant and nutrition specialist Mercy Lung’aho advocates for a healthier food system throughout sub-Saharan Africa. She shares how a blend of life experience, cultural awareness, and political savvy inform her daily work as a scientist and challenges her peers to prioritize interdisciplinary dialogue to address food system challenges.