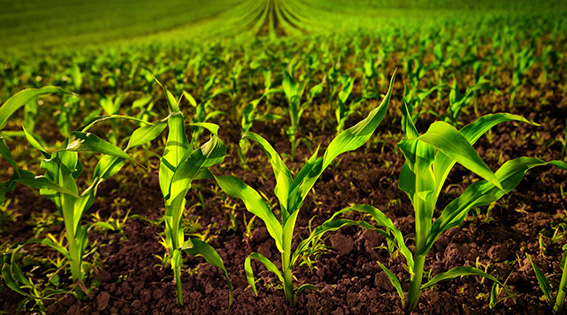 The world’s population is projected to expand to more than 10 billion people by the year 2050. Experts say that the rate of food production must increase significantly to feed all of those people. British scientists have gained new insights into the compound in plants that plays a vital role in the natural process through which plants grow.

During photosynthesis, plants, algae, and certain microorganisms take in sunlight, water, minerals, and carbon dioxide to create glucose and oxygen. Plants release the oxygen into the atmosphere but use the glucose as energy to grow. The more glucose plants produce, the more they grow, which increases their yield. In a recent study published in Nature, scientists at the University of Sheffield made new revelations about a compound in plants that is vital to maximizing the benefits of photosynthesis: cytochrome b6f.

With the aid of single-particle cryo-electron microscopy, the researchers determined that cytochrome b6f supplies the electrical power that allows two light-powered proteins (chlorophylls) to convert sunlight into chemical energy (glucose). They also found that cytochrome b6f acts as a sensor to scale photosynthesis according to environmental conditions. This ability prevents plants from suffering too much damage when exposed to excess energy from the sun (e.g., during droughts).

Previous research had demonstrated that manipulating the level of cytochrome b6f in a plant can affect how much the plant grows. The University of Sheffield researchers hope to use their new findings to manipulate photosynthesis in plants and help increase crop yields in the future.

How the nonprofit group Kesho Congo formulates ready-to-use supplementary food from leaf protein concentrate in the Democratic Republic of Congo.