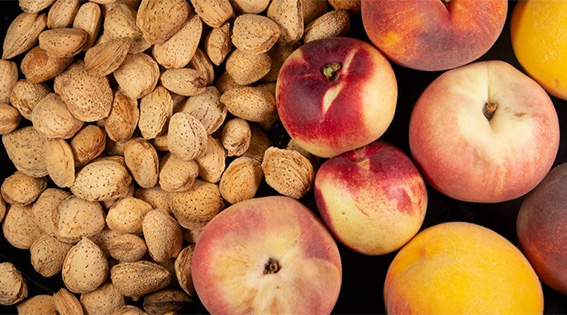 Photo courtesy of Centre for Research in Agricultural Genomics

Scientists studying the genomes of an almond tree variety and the peach tree gained some important insights that may help improve the species, according to a study published in The Plant Journal and a press release provided by the Centre for Research in Agricultural Genomics.

The almond tree and peach tree are very similar, genetically speaking. A team of researchers from the Centre for Research in Agricultural Genomics sequenced the genome of the almond tree and compared it to the genome of the peach tree. Both are part of the Prunus genus, and the researchers discovered that they shared a common ancestor, from which they diverged around 5.88 million years ago.

The researchers also studied the differences in the genomes of both trees. They homed in on what are called transposable elements, also known as transposons, which are bits of DNA that can move from one position in the genome to another. They can create mutations or cause other changes that can affect how genes are regulated. The researchers write that these transposons may play roles in the variations of the peach tree and almond tree.

One of the findings of the research is that transposons affects genes that are involved in synthesizing a compound that gives bitterness to the seeds. For the most part, the kernels, or seeds, of the peach and almond trees are bitter, but there are some varieties of almond trees that produce sweet almonds, according to the research. The researchers learned that there are transposons that insert themselves near the gene involved in synthesizing the enzyme involved in the development of the bitterness compound. These transposons reduce the expression of the gene that results in a sweet almond cultivar, according to the study.

During IFT19, an interactive event allowed participants to be immersed in a virtual environment to test whether their surroundings would alter their liking of beverages.

How Caviar Is Processed February 1, 2020

A step-by-step description of the way in which caviar is produced and processed.

Nestlé is piloting reusable and refillable dispensers for pet care products and soluble coffee as part of its efforts to reduce single-use packaging.

A study published in the Annual Review of Resource Economics reveals that rapid expansion of oil palm has also contributed considerably to economic growth and poverty reduction in local communities, particularly in Asia.