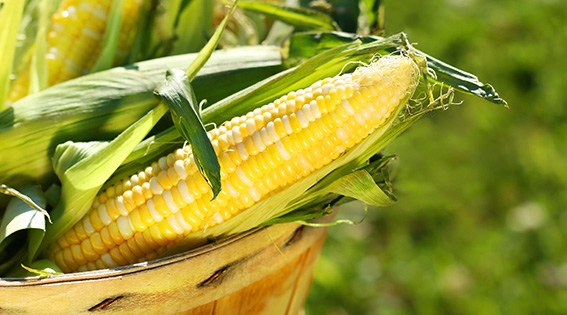 Tropospheric ozone is a type of air pollution that results when nitrogen oxides and volatile organic compounds chemically react together. While tropospheric ozone is most abundant in urban environments, it can also affect crops growing in rural environments. Scientists at the University of Illinois recently completed a study—published in Global Change Biology—on the effect ozone pollution has on corn.

According to the researchers, tropospheric ozone is highly destructive to corn crops, diminishing corn yield by up to 10% each year. Ozone pollution reduces corn yield by generating reactive oxygen species in corn plants. When the reactive oxygen species overpower the natural antioxidants in corn, the plant’s ability to photosynthesize is impaired and its productivity is reduced. The researchers believe that making corn resistant to ozone pollution would be beneficial to crop growers; however, corn breeders have not been focused on developing a variety of corn that is resistant to the ravages to ozone pollution.

The study’s scientists thus grew various types of corn in high levels of ozone pollution to determine which corn plants exhibited greater sensitivity to ozone pollution. They were able to identify certain genes and alleles that made corn more susceptible to damage from ozone pollution. This information will be useful in determining which genes and alleles to avoid when breeding corn in the future, which is not only helpful for corn crops but the future of all crops as the climate continues to change.

This article reviews some of the potential health benefits of nuts and seeds.

An exploration of the health implications of citrus flavonoids.

Mediterranean-style eating is healthy and popular among a growing group of consumers.

This article reviews some foods and ingredients that research shows may play potential roles in controlling risk factors for heart disease and in maintaining heart health.

Research published in The Journal of Nutrition suggests that adding an array of spices to a meal may help lower inflammation markers.

Eating at least two daily servings of dairy may be linked to lower risks of diabetes and high blood pressure, as well as the cluster of factors that heighten cardiovascular disease risk (metabolic syndrome), according to a study published in BMJ Open Diabetes Research & Care.

New research suggests that eating just one meal high in saturated fat may hinder our ability to concentrate.

Nearly one in five U.S. kids are obese, according to U.S. Centers for Disease Control and Prevention (CDC) data reported by the Associated Press.

IBD sufferers may be consuming similar foods May 7, 2020

A study published in PLOS One suggests that foods such as french fries, cheese, cookies, soda, and sports and energy drinks may be commonly found in the diets of U.S. adults with inflammatory bowel disease (IBD).