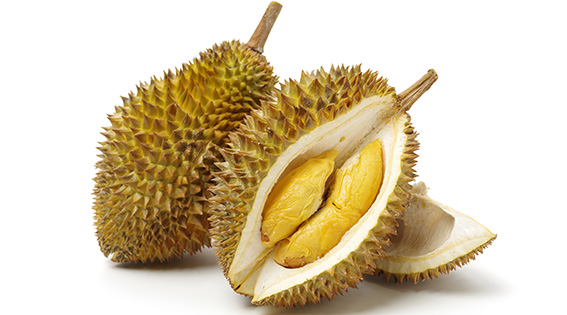 The durian fruit stinks. Literally. The fruit from Southeast Asia is said to at best smell like rotten onions. Despite its smell, people consume the fruit raw or incorporate it into recipes and enjoy its creamy consistency and sweet flavor. Now, new research has found that an amino acid plays a role in giving the durian fruit its notorious smell.

“Our findings suggest that as the fruit ripens, a plant-specific enzyme releases the odorant from ethionine,” said lead author Nadine Fischer in a university press release. “This is consistent with our observation that during fruit ripening not only the ethionine concentration in the pulp increases, but also at the same time that of the ethanethiol. The latter explains why a ripe durian emits an extremely strong smell.”

Researchers analyze the impact of thermal processing and high pressure processing on the sensory attributes of smoothies.