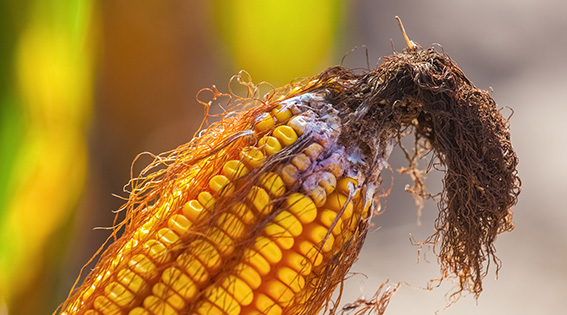 For as long as humans have been growing food crops, pests and pathogens have been attacking them. Despite the numerous pesticides that have been developed to combat pests and pathogens, they somehow adapt and become immune. For one fungal pathogen, scientists in the United Kingdom have figured out a way to use its own biology to prevent it from destroying crops.

Aspergillus fungi reproduce sexually by producing spores and exchanging them with each other, creating hearty, genetically diverse offspring that have a much better chance of acclimating to new environments and evolving to resist antifungal efforts. Aspergillus fungi can also produce asexually, but asexually produced spores are not as successful at adapting to antifungal methods.

The study’s scientists believe their findings will have positive implications for improving crop development and agricultural antifungal compounds as well as clinical research.

This column offers information about microbial safety research on preventing foodborne illness outbreaks associated with fresh produce, focusing on sanitation, plant-derived antimicrobial compounds, and the use of surrogate bacteria.

In a study conducted by Northumbria University’s Healthy Living Lab, around half of UK children who received free school meal vouchers are reporting a significant drop in their intake of fruit and vegetables since schools closed in March.