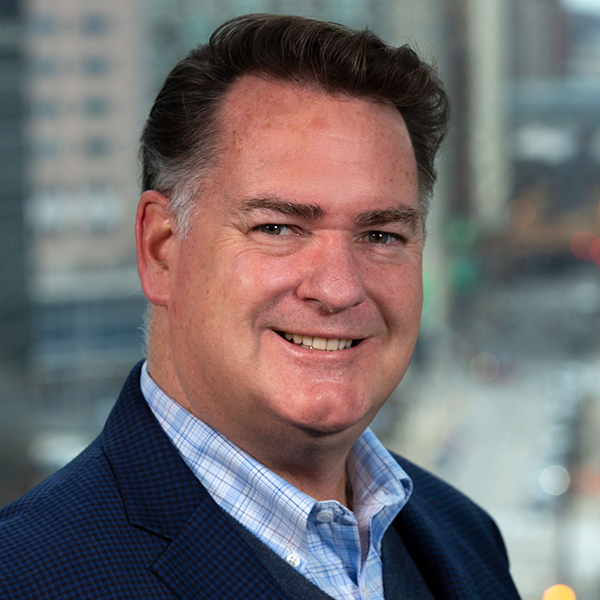 Values-based marketing and two-way dialogue will become essential tools for CPG brands to engage with an increasingly informed, opinionated—and often conflicted—consumer base, a duo of marketing and consumer behavior experts told FIRST attendees on Wednesday.

“In a survey just this past spring, we asked consumers what they thought the U.N. should focus on when it comes to sustainability,” Ericksen said. “And consumers said they should focus on this issue of Zero Hunger. They want to see a change happen.

“But while there's heightened awareness, consumer behavior really hasn't changed a lot when it comes to sustainability over the past five to seven years,” she continued. “Consumers in the U.S. and beyond tend to put more responsibility on businesses and governments than they do on themselves. So, you're in a situation where people are thinking about the issue, they're concerned about Zero Hunger, but they may not know how to solve it, and they want someone else to help them solve it if they can.”

At the same time, Vijay Viswanathan, professor of integrated marketing at Northwestern University, said the dynamics of brand influence have shifted to become much more contextual and collective.

“I've heard too many brands say content is king, and I couldn't disagree more with them,” he said. “Content is not king. … Understanding the customer, the context, is more important. The content should really follow.”

Viswanathan also described a shift from digital marketing to what he calls dynamic marketing. “This is where customers are trusting other customers a lot more than the brands themselves,” he said. “In fact, they are not really searching for just products or services, but they're looking for other customers’ experiences.”

“A customer experience is a conscious feeling that a person undergoes when they interact with the brand at a certain touch point, and that touch point need not be related to purchase,” Viswanathan continued. “In the past, a lot of brands have spent a lot of money at the point of sale, but what really happens before the point of sale, and what happens more importantly today after the point of sale, is perhaps where brands really need to pay attention because that's where customers have been influenced.”

Viswanathan said social media is now a tool for young consumers to validate emotional decisions. “Especially with Gen Z, emotional responses play a big role in their decision making. And then we found that people actually use social media to rationalize their decision making, and this is really interesting from a marketing and from a neuroscience perspective, because often you would believe that as humans, we are rational and we can make rational decisions ourselves,” he said.

Although the one-way, push influence brands previously enjoyed has waned, Ericksen said there is still opportunity for brands to productively engage with their customers on topics like sustainability, health, and nutrition.

“I would draw a parallel to what public health officials have had to do over the past year and a half,” she said. “We've all read from so many different health professionals about how their role has expanded. It's not just about them understanding diseases and the human body and what we've had to deal with [with] COVID, but it's how to be a public health official with the public.

“I think maybe the same is going to be true for food and beverage manufacturers,” Ericksen continued. “So how public do you want to be about what it takes to manufacture food to feed the world, which actually does require consumers to, again, balance what they want and what is really feasible, given what they want to see the world and governments and businesses do with respect to sustainability.”

As they engage, Viswanathan said, it will be critical for brands to be able to articulate their values to connect with consumers. “I think brands have to take a step back and say, ‘What do I really stand for?’” Viswanathan said. “If you just take that one step beyond and say, ‘What are the underlying motivations for a person in buying granola or Greek yogurt?’ then you are able to play a stronger role in their lives.”

Ericksen said this new reality will impact everyone in the product development process. “If you're a food scientist or developer or pack engineer, there's going to be this public element now to what you're doing,” she said. “Communication will take on an even greater [role]. So, what am I going to tell consumers? How am I going to tell them that? Who needs to hear it? Will they hear it?

Registration for FIRST provides access to the on-demand library of sessions through Dec. 31, 2021.

Fickle and fearful, pandemic-weary consumers crave comforting and nostalgic tastes, but they are also looking for a bit of adventure.

Vegans and vegetarians are not the primary drivers of the plant-based eating trend, according to research from Hartman. Consumers who adhere to a broad range of diets favor plant-based foods for their alignment with current health and wellness thinking.

Roughly 40% of all food production is lost or wasted. Closing that gap is critical to addressing food insecurity. Yet even defining and consistently measuring the problem remains a challenge. In the first of a four-part series, we break down the basics.

IFT staff scientists share their perspectives on the importance of speaking broadly about science and offer new resources to help the science of food community do just that.

The FDA recently released voluntary sodium reduction goals for 163 categories of commercially prepared foods, with the goal of reducing sodium intake in the population by 12 percent.