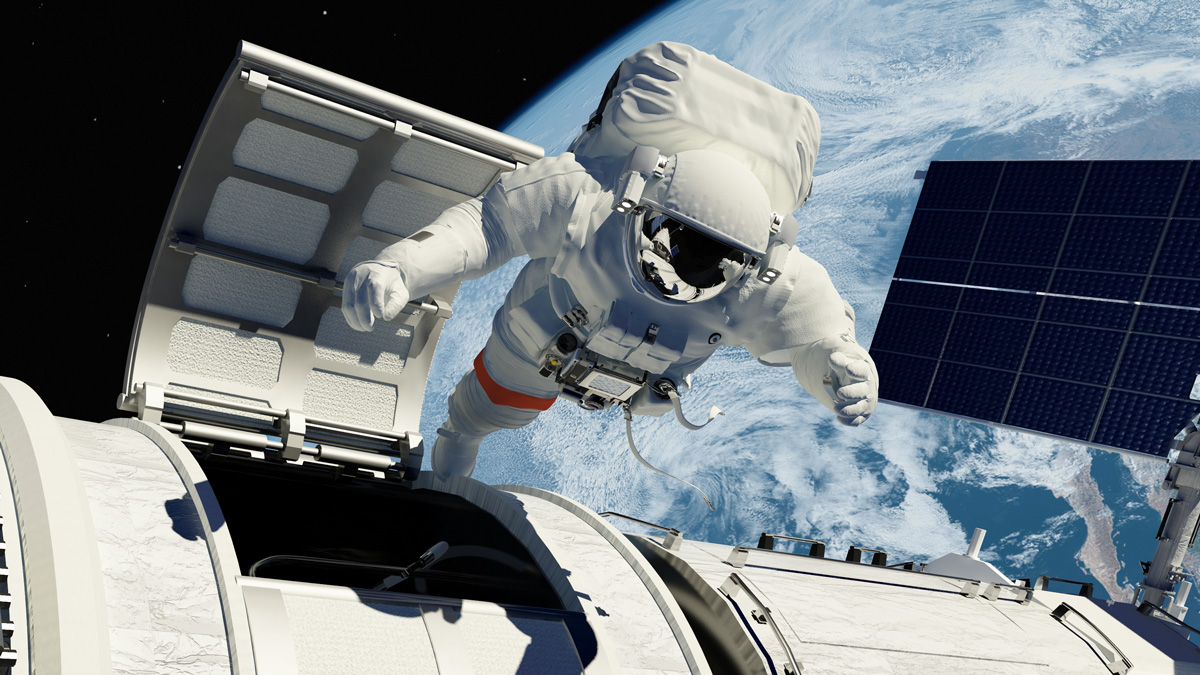 Lisa Dyson, CEO of Air Protein, took attendees on a ride back to the future with her keynote presentation, “Rising to the Challenge,” which outlined how a century-old technology can be reimagined to meet the 21st century challenge of feeding a growing planet.

Dyson opened her talk with a look back at traditional 19th century agricultural practices that were called into question by Sir William Crookes. In the face of an increasingly populous world, Crookes issued a call in 1898 for more forward-looking agricultural solutions, which led to the discovery by Fritz Haber of a way to create fertilizer by harvesting nitrogen from air, an innovation for which Haber was awarded the Nobel Prize in Chemistry in 1918.

In thinking about contemporary challenges facing the science of food community, Dyson asked attendees to look to the future and imagine they were on a spaceship traveling to a distant planet. “We would have to figure out a lot of things to make that trip successful,” she said, including how to feed people using limited resources and space. “We'd have to figure out how to use what we have and essentially turn that into the food to get us to our destination.”

In the ‘60s and ‘70s, NASA scientists speculated about ways to produce food during space flight. One idea, said Dyson, involved taking carbon dioxide exhaled by the astronauts, capturing it, and feeding it to cultures which, in a matter of hours or days, could produce nutrients. The process, she explained, would “create a closed loop carbon cycle aboard the spacecraft.”

Today, Dyson and Air Protein co-founder John Reed are “go[ing] back in time and back to the future” to reimagine some of the concepts Fritz Haber and NASA scientists came up with and apply them to today’s food production challenges.“You can think about it as fermentation reimagined,” she said of Air Protein’s technology, which takes elements of the air we breathe and turns them into food.

“You actually emit carbon dioxide with typical fermentation. We're reversing that. We're actually using carbon dioxide as an input instead. And with this process, we're able to make nutritious protein, as an example, but [also] food in general—nutritious food that can replace some of our inefficient processes.”

Once food is produced by the Air Protein process, culinary techniques can be applied “to create the textures that you're looking for,” said Dyson. “You can add some flavors and then, ultimately, we're able to get to something that … delivers that same experience that you get when you have a steak or juicy chicken breast.”

Among the advantages of Air Protein’s technology is that “it's a carbon negative process that doesn't have the challenges that we face with other ways of growing food,” Dyson explains. “So you can deploy this anywhere. It doesn't require any arable land; no rainforest needs to be disrupted for this. So you can grow food in any geography, any climate, rain or shine, day or night.”

An additional advantage is that the technology uses “2,000 times less water, versus soy,” she notes.  “So this process is immensely scalable, and you can actually put an air protein farm any place where you can put a brewery—and we know those can be launched all over the world.

“If we go back to the challenge at the turn of the 20th century, that challenge was to pull fertilizer out of the air to feed plants that could feed people,” she reflects. “Now we're focused on pulling carbon out of the air that can directly make food and feed people with a process that has immense sustainability benefits. We have to think outside the box in order to solve some of the challenges that we face. And I'm excited to be amongst many people who are out there thinking outside of the box and thinking with sustainability principles in mind on how to solve some of those issues.”