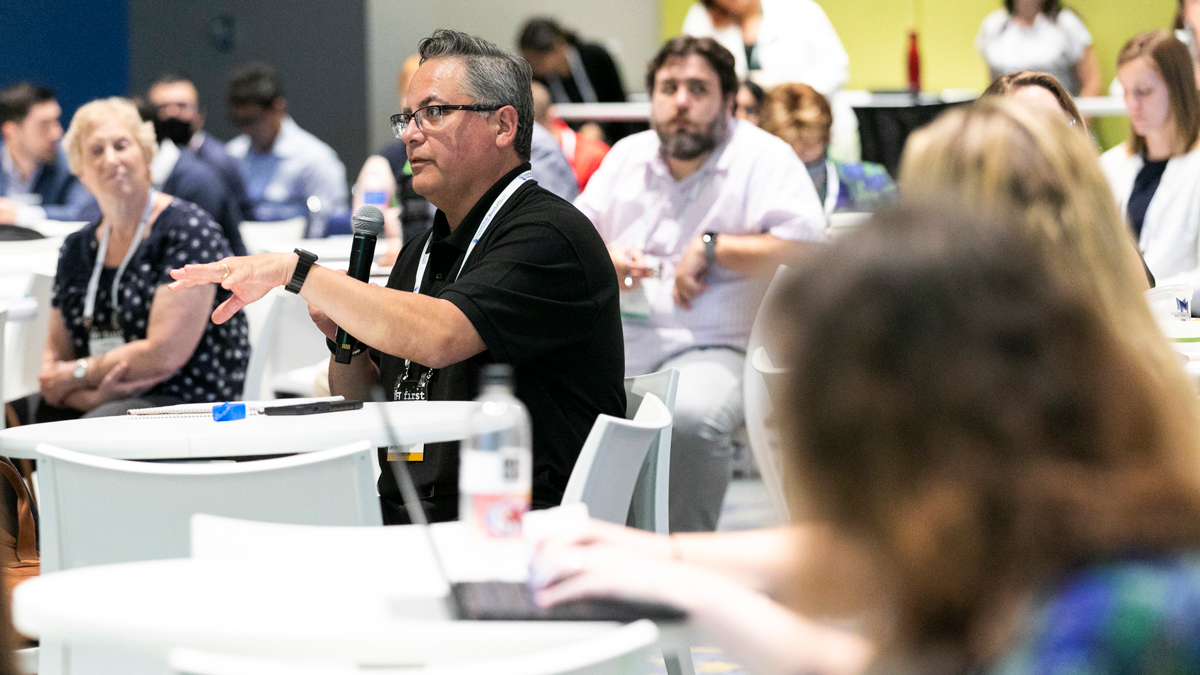 Food fraud is a growing area of concern among suppliers and manufacturers. The intentional misrepresentation of food can cause problems throughout the supply chain and lead to mistrust, according to three panelists in a multi-session conversation on July 12 at IFT FIRST.

The session centered around a central question: what are the emerging areas of food fraud? Each of the three panelists described the types of food fraud seen in the industry, types of vulnerability assessments that can be done, and mitigation steps to be taken in cases of fraud. Prior to the event, the panelists provided on-demand videos about the topic.

“Fraud is enabled in chaos,” said Tim Lombardo, senior director for EAS Consulting Group. “We look at the last several years of this pandemic and now the supply chain shortages and out of this chaos comes fraud.”

Food fraud is usually seen in processed foods, with the substitution or addition of ingredients without disclosing the information to the manufacturer or consumer. Lombardo explained that there is more risk for food fraud when the product is not in its whole form. He gave examples of vulnerable products, including honey, olive oil, and fish.

But fraud can also be present in labeling, not just the food product itself. A product can be labeled as “organic” but has been manufactured using conventional methods. These misrepresentations are usually performed for economic gain and to trick the consumer or manufacturer.

John Szpylka, an analytical chemist with Food Safety Net Services, described the different tests that can be used to determine whether a food product is fraudulent. He said that the industry is still behind on testing but getting close.

“Right now we can detect the adulterants we know about,” he explained. “So we in the analytical world are playing catch-up with the fraudsters.”

Szpylka described the use of a non-targeted test, which would create a “fingerprint” for the product in question. A test product can be measured against a known product to see how similar and different they are to find where there may be adulterants added.

In addition to non-targeted tests, it’s important for auditors visiting manufacturers and suppliers to have background knowledge before performing a vulnerability assessment. Tammie Van Buren, manager of compliance at SQFI, said that auditors need to do their homework.

“If you’re going to a meat facility, you have to understand the opportunities for an adulterant in that industry,” she explained. “The fraudsters are one or two steps ahead of us, and we have to keep up through educating ourselves.”

In order to protect against food fraud, the panelists suggested knowing every step of the supply chain, knowing where the ingredient is coming from and how it is getting to the facility. Van Buren and Lombardo suggested studying the processes and logistics in the entire supply chain to look for foul play.

“I think consumers have no clue about food fraud,” she said. “I think those of us in the food industry, we talk about it, and we understand it a little. It’s not even a thought (for consumers) that someone gave them something that wasn’t what they said it was.”

For companies that engage in food fraud, their reputation, and possibly their businesses are at stake. While food fraud is a daunting issue, the panelists encouraged the audience to educate themselves and continue to dig deep and ask questions of their suppliers.

An update on cultured meat innovators in Israel