Getting consumers to make healthier food choices is all about winning their trust. It’s not about showing them everything they’re currently doing wrong or the mistaken ideas they have. 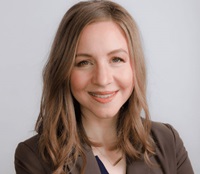 That was the message from Roxi Beck, consumer engagement director for The Center for Food Integrity and a presenter at IFT’s “Time to Kick Start Healthy Eating” virtual meeting. A series of sessions at the meeting explored strategies for better communicating the healthy eating messages of the Dietary Guidelines for Americans.

“People put their food choices through a personal lens,” and health and food system professionals need to understand that before leaping in with dietary recommendations, Beck counseled. That individual lens might include anything from food allergies to lifestyles to personal value systems, she explained. “We have to understand that our job is not to persuade people out of their deep-seated convictions,” Beck said.

When communicating diet and health messages, “the first thing [we need to do] is we need to listen without judgment,” said Beck. That means asking questions in order to better understand where a consumer is coming from. Food and health professionals should share information only after listening carefully to the consumer, Beck emphasized.

“When you do share, it’s critical that you share who you are, why you care about this topic,” she continued. “If you don’t start with that, we’ll fail to resonate.” Theodore Roosevelt had it right, said Beck, citing a quoted attributed to him: “No one cares how much you know until they know how much you care.”

Beck’s recommendations are based on a Center for Food Integrity research analysis on trust building. That research identified two kinds of information: that which showcases competence and that which instills confidence (because it is based on shared values).

“These two kinds of information are not created equal,” said Beck, noting that the confidence-instilling information is three to five times more important to consumers than the information based on competence.

Consumers do value scientific information, according to Beck, but it must be presented in a way that resonates. For health and diet messages, “go easy on the facts,” she counseled, adding that “if you try to pack in all the data, it’s overkill.”

A Center for Food Integrity survey found that when asked if they wanted to know more about food processing, 63% of survey respondents said they did. “They’re curious, they’re interested,” said Beck. “There’s skepticism, there’s concern, but there’s interest. There’s opportunity in that.”

IFT collaborated with the Department of Food Science of the University of Massachusetts, Amherst, on the “Time to Kick Start Healthy Eating” virtual meeting, which was partially funded by a grant from the U.S. Department of Agriculture’s National Institute of Food and Agriculture.

Leading meat companies are venturing into the plant-based category via investment in startups and by developing their own new alt-meat products and also via the development of hybrid meat/alt-meat offerings.

The success of the plant-based dairy category suggests what’s possible for alt-meat makers if they can overcome current market challenges.

The White House Conference Was Only the First Step December 22, 2022

The National Strategy’s whole-of-government approach is a first step at breaking silos and was seen on the day of the conference, from USDA, FDA, and White House staff and others leading discussion sessions to current and former members of Congress presenting and hosting.

Strong sales are forecast for companies that keep it healthy, fresh, and affordable as well as convenient.

Culinary adventures, ultra-convenience, and high-performance health are poised to drive purchases in the center store in an uncertain economic climate.

Much-publicized market stumbles are triggering doubts about the potential of this onetime darling of investors, activists, and curious consumers. What’s it going to take to get it back on track?

A blend of market trends and research studies from the food industry.