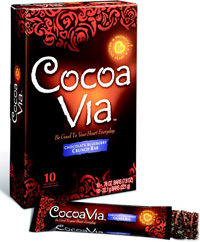 Diet is one obvious factor that affects cholesterol levels. High intake of saturated fat is linked with higher cholesterol levels. But diet also has a positive effect on cholesterol. In fact, a study by Jenkins et al. (2003) showed that a special diet high in soy protein, viscous oat and psyllium fiber, almonds, and plant sterols was as effective in managing cholesterol as taking a starting dose of cholesterol-lowering drugs. Patients on this eating plan lowered their low-density-lipoprotein (LDL) cholesterol by up to 32%, and on average 29%, in four weeks.

Ingredients such as plant sterols, soy protein, and viscous soluble fiber allow manufacturers to create food products that can help control cholesterol levels. Heart health–conscious consumers are now finding an increasing number of products that aid in cholesterol control, such as spreads, beverages, cereals, and nutrition bars. Some products even carry Food and Drug Administration–approved health claims linking some of these ingredients to a reduced risk of coronary heart disease (CHD).

Scientifically backed ingredients include plant sterols and stanols, soy protein, and soluble fiber present in fruits, vegetables, psyllium, and oats. In addition, preliminary research is uncovering other potential ingredients that may aid in lowering cholesterol, such as grape compounds and a hibiscus extract. With these ingredients, consumers may soon be eating their way to lower cholesterol levels.

Plant Sterols and Stanols
In 2000, FDA authorized the use of a health claim about the role of plant sterol and plant stanol esters in reducing the risk of CHD for foods containing these substances. Plant sterol and stanol esters work by blocking the absorption of cholesterol from the diet. Plant sterol esters can be found in soybean oil, as well as in many fruits, vegetables, nuts, cereals, and other plant sources. Plant stanols occur naturally in even smaller quantities from some of the same sources.

Spreads such as Unilever’s Take Control ® and McNeil Nutritional’s Benecol® are most notably associated with plant sterols and stanols as ingredients. However, these cholesterol-lowering ingredients have made their way into a wider variety of eat products, including bars and beverages.

Most recently, McNeil Nutritionals expanded its cholesterol-lowering line of products into dietary supplement chews. Each chew contains 0.85 g of plant stanol esters. The chews are available in two flavors: chocolate and caramel.

Another innovative example of a cholesterol-lowering product is CocoaVia™ Bars from Masterfoods USA, Hackettstown, N.J. Introduced in October 2003, the bars carry the tag line, “Be Good to Your Heart Everyday.” According to the company, the bars contain a unique combination of cocoa flavanols and phytosterols. Each bar contains 1.5 g of plant sterol esters. All CocoaVia snacks are guaranteed to contain at least 100 mg of cocoa flavanols, which are believed to also have heart-health benefits. The company recommends consuming two bars/day for heart-health benefits.

In 2004, a study from the University of California-Davis Medical Center supported the plant sterol’s benefits in juice (Devaraj et al., 2004). The researchers found that participants with normal-toborderline-high total cholesterol levels who drank two 8-fl-oz servings of Minute Maid Premium Heart Wise orange juice daily with meals lowered their LDL cholesterol by 12.4% and their total cholesterol by 7.2%, compared to their cholesterol level at the beginning of the 8-week study.

“Lowering LDL cholesterol through changes to diet is a well-accepted means of helping reduce the likelihood of heart disease,” said Sridevi Devaraj, an assistant professor of pathology and investigator in the Laboratory for Atherosclerosis and Metabolic Research at UC Davis Medical Center. “Adding plant sterols to orange juice is an easy and effective way to boost a diet’s LDL-fighting power in individuals with mildly elevated cholesterol levels.”

Dietary Fiber and Grains
Intake of dietary fiber is also related to a reduced risk of heart disease. A recent study by Pereira et al. (2004) showed that eating 10 g/day of dietary fiber from fruits and cereals lowered risk of CHD. Vegetable fibers, however, did not have the same effect. Researchers found that for every 10-g increment of fruit and cereal fiber consumed per day, there was a 14% decrease in the risk of events such as a heart attack, and a 27% decreased risk of dying from CHD.

The American Heart Association recommends eating foods high in both insoluble and soluble dietary fiber. When regularly eaten as part of a diet low in saturated fat and cholesterol, soluble fiber has been shown to help lower blood cholesterol. FDA has approved several health claims regarding soluble fiber in fruits, vegetables, psyllium seed husk, and oats and a reduced risk of CHD.

Soluble fiber helps prevent cholesterol from being absorbed in the intestines. There are several proposed mechanisms for this. One is that certain oligosaccharides found in soluble fibers, such as galactomannans, are converted by bacterial action in the colon into absorbable short-chain fatty acids that displace serum cholesterol in the liver.

Another soluble fiber, beta-glucan from oat, helps reduce blood cholesterol levels by increasing viscosity in the intestines, according to information from Oat Ingredients LLC, Boulder, Colo. In part, this viscosity reduces the reabsorption of bile acids and cholesterol in the digestive tract. As less bile acids are absorbed, less are available for the synthesis of cholesterol; therefore the level of blood cholesterol is reduced.

Another important aspect of cholesterol maintenance is thought to be glycemic control, according to GTC Nutrition, Golden, Colo. Insulin controls the delivery of energy to cells, but it also stimulates the liver’s production of cholesterol. Therefore, controlling the body’s glycemic response is thought to play an important role in healthy cholesterol metabolism. Concentrated beta-glucan oat bran flour and flake ingredients, marketed under the Natureal® GI brand name, deliver enhanced viscosity effects, lowering the glycemic response from any meal and thereby controlling insulin’s influence on cholesterol production. 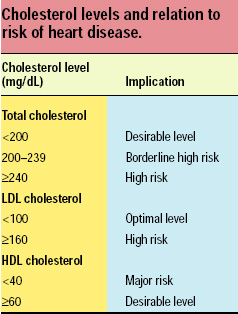 The cholesterol-lowering ability of oat beta-glucans, which has been broadly documented in the scientific literature, led to the first FDA health claim on fiber ingredients. A recent study investigated the serum cholesterol-lowering effect of numerous food products containing high-fiber oat bran in hypercholesterolemic subjects (Amundsen et al., 2003). Serum cholesterol and LDL decreased by 6% and 9%, respectively, in the oat bran diet compared to the control diet. A broad range of food products in the study included muesli, extruded breakfast flakes, bread, teacakes, muffins, fresh tagliatelle pasta, macaroni, and an apple drink. All products utilized OatWell® oat bran, which contains between 15 and 22% oat soluble fiber (beta-glucan) and up to 44% total dietary fiber.

CreaNutrition-Swedish Oat Fiber, producer of the oat bran, and Oat Ingredients LLC, the U.S. distributor, recently announced the approval of a new cholesterol-lowering health claim in Europe. This resulted from a petition submitted by CreaNutrition-SOF on OatWell and oat bran to the UK Joint Health Claims Initiative Expert Committee. The FDA and UK heart-healthy claims are structured on the consumption of 0.75 g of soluble fiber from oats per serving, with a recommended daily intake of 3 g/day.

Another study showed that the antioxidants in oats reduced cholesterol by suppressing the adhesive molecules that make blood cells stick to artery walls (Bliss, 2004). Oat antioxidants, called avenanthramides, may suppress plaque buildup on the artery walls, lessening the gradual constriction of vessels that leads to hardening of the arteries.

The study, funded by the U.S. Dept. of Agriculture/Agricultural Research Service, was carried out by nutritionist Mohsen Meydani and colleagues at the Jean Mayer USDA Human Nutrition Research Center on Aging at Tufts University in Boston. The scientists purified avenanthramides from oats and exposed them to human arterial wall cells for 24 hr. They then observed the mixture under incubation. Meydani found that the ability of blood cells to stick to arterial wall cells was significantly reduced.

To gain heart-healthy benefits from fiber and avenanthramides, the researchers suggested adding oat products as part of an overall healthy diet and cutting down on high-fat, high-cholesterol foods. His group filed a patent on the function of avenanthramides present in oats, based on their anti-inflammatory and anti-atherogenic effects.

Soy Protein
According to a 2004–05 study, “Consumer Attitudes about Nutrition,” sponsored by the United Soybean Board, 29% of consumers are aware that soy is good for the heart. Heightened consumer awareness about soy’s heart benefits is due in part to the FDA-approved health claim for soy protein. The health claim states that 25 g of soy protein per day may reduce risk of coronary heart disease. To qualify, a product must provide at least 6.25 g of soy protein per serving.

A meta-analysis by Anderson et al.(1995) greatly supported the cholesterol-lowering effects of soy protein. It showed that 34 of the 38 studies it examined found that soy protein lowered cholesterol. The average decrease in LDL cholesterol was 12.9%. One year after approval of the 1999 soy protein health claim, the American Heart Association recommended that individuals with elevated cholesterol include soy protein foods in their diets. (Messina, 2004).

There has been some speculation that the isoflavones present in soy protein aid in its cholesterol-lowering properties. However, FDA does not require that soy protein contain a certain level of isoflavones to qualify for the health claim. In fact, a study at the Jean Mayer USDA Human Nutrition Center on Aging indicated that isoflavones did not affect soy protein’s role in lowering the risk of heart disease (Desroches et al., 2004).

The researchers looked at the effect of the protein in soy on the particle size of LDL—a larger LDL particle size is associated with lower risk of heart disease. They examined the outcome of soy protein diets, either enriched or depleted of soy isoflavones, compared to common sources of animal protein, either with added isoflavones or without.

Pterostilbene is a compound similar in structure to resveratrol, another grape compound associated with helping to fight heart disease. A study on rat liver cells by USDA/ARS chemist Agnes Rimando and colleagues showed that pterostilbene has lipid-lowering properties (ARS, 2004). It may activate a biological receptor that regulates fatty acid metabolism and plasma lipoproteins, and thus may help treat heart disease caused by plaque deposition in arteries.

Saponins present in red wine are thought to possess the ability to lower cholesterol (ACS, 2003). Andrew Waterhouse, professor of enology at the University of California, Davis, discussed his research at the American Chemical Society’s 2003 national meeting. “Saponins are a hot new food ingredient,” he said. “People are just starting to pay attention to it.” According to Waterhouse, saponins are believed to work by binding to and preventing the absorption of cholesterol.

Hibiscus extract recently investigated contains many of the same antioxidant compounds as red wine, including flavonoids, polyphenols, and anthocyanins, shown in research to prevent the oxidation of LDL cholesterol, according to researchers in China (Chen et al., 2004).

“Experiments have shown that compounds extracted from red wine and tea reduce cholesterol and lipid buildup in the arteries of rats. This is the first study to show that hibiscus extract has the same effect,” said study leader Chau-Jong Wang from the Chung Shan Medical University in the Republic of China. The 12-week study showed that the Hibiscus sabdariffa extract significantly reduced cholesterol content in blood serum and successfully prevented oxidation of low-density lipoproteins in rats.

Whether it’s soy protein in cereal, plant sterols in bars, or maybe one day a flower extract in a beverage, consumers will find ways to eat their way to healthier cholesterol levels.

Amundsen, A.L., Haugum, B., and Andersson, H. 2003. Changes in serum cholesterol and sterol metabolites after intake of products enriched with an oat bran concentrate within a controlled diet. Scand. J. Nutr. 47(2): 68-74.