The two key strategies in food processing to prevent inadvertent inclusion of allergenic materials are separation and dedication, according to Kevin Farnum, Director of Sanitation for General Mills, Inc. Minneapolis, Minn. (phone 763-764-3534). Separation means removing food allergenic residues through good cleaning and sanitation, and scheduling (separation in time) so that allergen-containing products are produced in the last run of the production schedule. 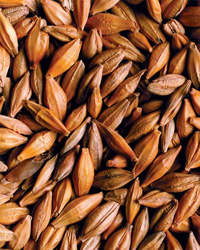 Dedication may mean a dedicated plant, in which no allergens are present; dedicated lines for allergens and non-allergens, e.g., nuts and non-nuts; or dedicated unit components (roll in/roll out). Another successful tactic for General Mills has been to add allergens as late as possible.

What Are the Allergens of Concern?
Many components of food may be allergens for a small number of people, but the eight of most concern are peanuts, tree nuts, shellfish, fish, soy, wheat, eggs, and milk. It is the proteins in these otherwise perfectly safe foods that cause an allergic response in some people, which may range from a mild rash to life-threatening asthma attacks. The number of people who are sensitive to allergens may be a small portion of the population, but for them the risks can be high.

Mark Moorman, Director of Food Safety for Kellogg, Battle Creek, Mich. (phone 269-961-6235), described the Food Allergen Labeling and Consumer Protection Act recently passed by Congress. This law now requires clear labeling of foods with common names for known allergens, such as “milk” for sodium caseinate. He discussed the dilemma faced by the industry and the Food and Drug Administration of how to deal with ingredients “derived from allergens,” such as soy lecithin. Soy lecithin is probably not allergenic, since it has very low levels of protein, but the Act requires it to be labeled unless a case can be made for its exemption. Moorman says the industry is concerned that consumers may become insensitive to warnings and stop paying attention.

Labeling Is Not a Panacea
Many manufacturers try to avoid potential problems by saying that a food “may contain” allergens or that it was made in a factory where allergens are also found. Nick Hether, Director of Product Safety & Regulatory Sciences for Gerber Products Co., Fremont, Mich. (phone 231-928-2347), says that Gerber has a policy of not using the “may contain” approach. The company is particularly sensitive about allergens because the incidence of allergies is higher in its customer base (children) than in adults. Hether also points out that a child may have difficulty complaining about not feeling well. Accordingly, Gerber has a strict policy that no peanuts or sesame seeds are used in any of its products. The company has even removed peanut-containing candies from plant vending machines.

As is true of many manufacturers, Gerber relies heavily on reviews of suppliers and co-manufacturers to be sure that they have allergen-control plans in place. In its own manufacturing, Gerber schedules allergens last and then conducts a thorough allergen cleanup.

An interesting issue that Hether raised, but which applies to other companies as well, is the role of the U.S. Dept. of Agriculture’s grain standards. According to the standards, oats may contain some wheat, since often the grains are transported and stored in common equipment. As a result, Gerber labels oat-based products as containing wheat. One challenge of this approach is that the product may not contain wheat, since it is not deliberately added, but since some is allowed in oats, wheat may be there. Cleaning wheat from oats is difficult because the grains are very similar in size and appearance. Removing corn is less difficult, but removing soy from corn is also difficult.

Farnum discussed the industry-wide Code of Practice put together by the Allergy Issues Alliance, led by the National Food Processors Association, Grocery Manufacturers of America, and other organizations. This code recommends what must be labeled and how. General Mills also consults with consumer interest groups to get reactions to allergen-labeling practices.

Complications in Confections
Reworking of products is common in many industries, especially when an ingredient is expensive. Sometimes it may be as simple as dispensing cereal from imperfect packages back into a filler hopper. In the confectionery industry, chocolate-enrobed bars and pieces may be ground and milled to salvage the expensive chocolate. Peanuts, tree nuts, and dairy ingredients are all common in confections, so recycled chocolate could easily contain these materials, according to Tom Mackie, Quality Service Group Manager for Masterfoods, Hackettstown, N.J. (phone 908-850-2324).

Chocolate that has contacted allergen-containing centers may pick up these allergens. To avoid introducing allergens into products that do not have them, chocolate that may contain allergens is kept separate from chocolate that does not. Chocolate is stored and pumped under carefully controlled temperatures using jacketed piping, so such separation can add significantly to equipment costs.

Many confectionery companies maintain strict segregation between allergen-containing products and others. Visitors are not permitted in allergen-processing areas, and workers are not allowed to travel out of their allergen area. Sometimes uniform colors are used to help identify who is allowed where.

All sources agreed that employee training and education are critical. Employees need to know the risks of allergens to some consumers, the risks to the company of a recall, and the costs of harming a consumer.

Like into Like
Steve Taylor, Director of the Food Allergy Research & Resource Program (FARRP) at the University of Nebraska, Lincoln (phone 402-472-2833), recommends that rework only be reintroduced into the same product from which it came. Such a policy requires careful planning and can create logistical issues. Rework should be labeled properly, stored so it is protected, and prevented from contaminating other materials.

Some historic practices, such as putting ice cream rework into chocolate or candy rework into licorice, are not only harmful to quality but also may violate the allergen-related protocol of “like into like.” Also, recycling rework can become a crutch preventing an examination of the root causes of off-spec production. With the additional nuisance of segregating rework and limits on its use, there is motivation to improve manufacturing efficiency.

Like into like can mean at least the same labeled ingredients even if not the same exact product, but care must be taken concerning functionality. For example, there is a limit to how much reground baked goods can be added to a dough without harming texture.

Testing
Scheduling can minimize but not eliminate the need for an allergen cleaning if equipment is used for both allergen- and non-allergen-containing foods. Kellogg’s Moorman commented that the issue is especially challenging for dry food manufacturers, such as breakfast cereal companies, because they normally do not use water to clean certain areas of their manufacturing processes.

Establishing an allergen-cleaning procedure depends on how much residue there may be, its character (oil or water based), and the type of surface involved (smooth stainless steel or intricate plastic conveyor belt). Strategies such as late addition and dedicated roll in/roll out equipment can limit and focus the areas that need the most stringent attention.

After cleaning with whatever technique is appropriate, the equipment is visually inspected. To analytically validate the sanitation program, at startup the product-contact surfaces and the first food produced on the manufacturing line are tested for the presence of the allergen of concern.

Ed Bradley, Vice President, Sales & Marketing for Neogen Corp., Lansing, Mich. (phone 517-372-9200), described the test system the company offers for the allergenic proteins of almonds, eggs, gliadin (an indicator of gluten from wheat), milk, and peanuts. The tests are based on antibodies discovered originally at FARRP and licensed by the University of Nebraska to Neogen.

The tests are sensitive to 2.5–25 ppm (the normal goal is to keep allergens below 10 ppm in food.) Both quantitative and qualitative tests are offered, based on the enzyme-linked immunosorbent assay (ELISA) principle. The antibodies are produced in sensitized animals such as mice and rabbits and recovered from their blood by a type of adsorption process.

HACCP Approach Is Important
The Hazard Analysis Critical Control Points approach, which demands a thorough understanding of the process and ingredients, is a good framework on which to build an allergen-control strategy. There must be a culture of awareness among employees, according to Moorman. Ingredients especially must be well understood and suppliers enlisted in the control effort.