Heart health is still one of the top health concerns among consumers today. Coronary heart disease is the nation’s single leading cause of death. This year, about 1.2 million Americans will have a first or recurrent coronary attack. About 479,000 of these people will die, according to the American Heart Association (AHA). 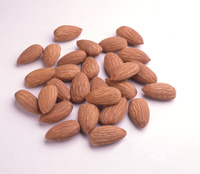 Today’s heart-healthy functional foods tout that they reduce the risk of cardiovascular disease. Some now carry claims to lower cholesterol or reduce blood pressure. This is good news for those 65 million people in the United States with high blood pressure and 34.5 million Americans with cholesterol levels above 240 mg/dL. Heart-healthy ingredients such as omega-3 fatty acids, sterols, soy, and dairy peptides are popping up in beverages, snacks, and baked goods.

Here is a look at some of the research and ingredient innovation going on in the heart-health field.

Recent announcements from several sterol suppliers will soon make it easier for consumers to lower their cholesterol with sterol-fortified foods.

• In February, Cognis Nutrition & Health, La Grange, Ill., launched a consumer Web site as part of a new co-branding marketing program to educate consumers about the benefits of natural plant sterols. The company’s Vegapure® sterols and sterol esters are now marketed to consumers under the brand name Heart Choice. The company’s Web site (www.heart-choice.com) provides information, including answers to frequently asked questions about cholesterol, as well as a locator for products containing Heart Choice.

• Israel-based Enzymotec launched its sterol-based heart-health ingredient, CardiaBeat last year in the U.S. The patented ingredient is capable of replacing the fat fraction within a range of food applications, including yogurts, spreads, and bars.

• At this year’s IFT Food Expo, Jerzy Zawistowski, Vice President, Functional Foods & Nutraceuticals, Forbes Meditech, Vancouver, BC, Canada, will discuss a method to improve the shelf life of sterol-containing vegetable fat spreads. The company has developed a new formulation by incorporating a combination of phytosterol esters and free sterols. It manufactures Reducol, a unique blend of plant sterols and plant stanols.

Studies supporting the benefits of both dietary fiber and whole grains have recently been published:
• Researchers in France examined the relationship between the source or type of dietary fiber intake and cardiovascular disease risk factors in a cohort of adult men and women (Lairon et al., 2005). The highest total dietary fiber and nonsoluble dietary fiber intakes were associated with a significantly lower risk of overweight and elevated waist-to-hip ratio, blood pressure, cholesterol, triacylglycerols, and homocysteine. Fiber from cereals was associated with a lower body mass index, blood pressure, and homocysteine concentration. The researchers concluded that dietary fiber intake is inversely correlated with several cardiovascular disease risk factors in both sexes.

The beta-glucan is a concentrated soluble fiber, derived from barley, that has cholesterol-lowering properties similar to those of oats.

Soy
Soy protein has recently shown up in heart-healthy flatbreads. Introduced this past January by Tumaro’s Gourmet Tortillas, Los Angeles, Calif., Soy-full Heart flatbreads have 4 g of fiber, 6 g of protein, and, thanks to the flax in the Wheat, Soy & Flax flavor, have 420 mg of omega-3s. The products incorporate Solae® brand soy protein from the Solae Co., St. Louis, Mo.

• Lukaczer et al. (2006) compared the effects of a dietary program combining a low-glycemic-index diet with a functional food delivering 30 g of soy protein and 4 g of phytosterols per day (LGID) with those of a standard dietary program, the American Heart Association’s Step 1 diet (AHAD) in postmenopausal women. The participants in the 12-week LGID program showed statistically significant decreases in total cholesterol, LDL cholesterol, and triacylglycerols. The researchers concluded that a significantly greater improvement was observed in cardiovascular disease risk factors in postmenopausal women on the LGID program than with the standard AHAD therapy.

Antioxidants
A myriad of antioxidants have recently been shown to reduce blood pressure and ultimately lower the risk of cardiovascular disease.
• Clinical research conducted at Ben-Gurion University, Israel, showed that Lyc-O-Mato® tomato lycopene complex reduced blood pressure in patients with mild to moderate hypertension (Engelhard et al., 2006). A daily intake of the tomato extract in soft gel capsules, produced by LycoRed Ltd., Fairfield, N.J., was linked to a significant drop in both systolic and diastolic blood pressure after eight weeks of supplementation.

• Pomegranate juice contains antioxidants such as soluble polyphenols, tannins, and anthocyanins. Sumner et al. (2005) looked at whether daily consumption of pomegranate juice for 3 months would affect myocardial perfusion in 45 patients who had coronary heart disease and myocardial ischemia. After 3 months, the extent of stress-induced ischemia decreased in the pomegranate group but increased in the control group. The researchers concluded that daily consumption of pomegranate juice may improve stress-induced myocardial ischemia in patients who have coronary heart disease.

• Cocoa flavonols are thought to influence factors associated with clotting and promote a healthy blood flow. Last year, Mars Inc., McLean, Va.., developed a bar containing a patented blend of soy-derived sterols and cocoa flavonols, as well as added calcium and B vitamins thought to boost heart health. Recently, scientists from the company unveiled a new and improved method to isolate important flavanols in cocoa, making it easier to investigate the individual compounds in cocoa thought to be responsible for its benefits (Kelm et al., 2006). The new chromatographic approach separates cacao procyanidins according to their degree of polymerization.

• According to information from Ocean Spray Ingredient Technology Group, Lakeville/Middleboro, Mass., two studies point to the heart-health benefits of cranberries. The first study, conducted at Laval University, Quebec City, Canada, indicated that cranberry juice improved circulation by increasing the level of HDL cholesterol and acting as a powerful antioxidant. Another study at the William Harvey Research Institute in England found that a serving of cranberry juice each day could be as good for the heart as red wine.

Nuts
Tree nuts also carry a qualified health claim regarding their link to a reduced risk of cardiovascular disease. Recent research highlighted the cholesterol-lowering properties of almonds and pistachios. A study determining the effectiveness of a combination of cholesterol-lowering foods (dietary portfolio) under real-world conditions included almonds in the diet (Jenkins et al., 2006). The diet was also high in plant sterols, soy protein, and viscous fibers.

The researchers concluded that more than 30% of motivated participants who ate the dietary portfolio of cholesterol-lowering foods under real-world conditions were able to lower LDL-cholesterol concentrations by more than 20%, which was not significantly different from their response to a first-generation statin taken under metabolically controlled conditions.

Dairy Peptides
Research continues to support dairy-derived peptides and their effect on hypertension.

One study showed that a casein hydrolysate reduced blood pressure after 6 weeks of consumption (Mizuno et al., 2005). AmealPeptide from Calpis, Japan, contains the major angiotensin-I-converting enzyme inhibitory peptides Val-Pro-Pro (VPP) and Ile-Pro-Pro (IPP). Changes in the systolic blood pressure after 6 weeks of treatment were dose dependent. The antihypertensive effect was greater in mildly hypertensive subjects than in any of the other subjects.