More than 400 billion plastic caps and closures are used annually around the world—including more than 100 billion in the United States—according to speakers at the IntertechPIRA conference "The Future of Caps and Closures" in Atlanta, Ga., June 20–21, 2007 (www.intertechusa.com). 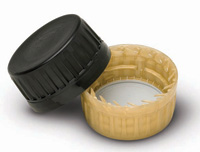 If we include the metal screw closures and crowns for bottles; double-seam steel and aluminum can ends; the singular heat-seal liddings and snap overcaps on plastic tubs, trays, and cups; and zippers and slides appearing on flexible pouches, we might easily extrapolate to say that far more than 200 billion closures are used on packages in the U.S.—valued at much more than $5 billion and growing at a rate higher than the population.

Overviewing, chairing, and lending his considerable tribal knowledge to most of the event was Mark Fricke, Chair of the Closure Manufacturers Association (closuremanufacturers.org) and Vice President of Berry Plastics Corp., Evansville, Ind. (www.berryplastics.com).

No participant attempted to classify closure sales data according to product packaged, but some offered an enumeration of food product categories that employ large numbers of independent closures. They include carbonated beverages, beer, still water, isotonics, milk, juice, wine, distilled spirits, food in jars and cans, liquids and seasonings in standup flexible pouches, and so on.

Even more mind-arresting is the wide array of types of caps and closures , including screw-on, crown, reclosable, hinged, snap-on, anti-sabotage, sports, aseptic, dispensing, child-resistant, senior easy-open—need I persist, to demonstrate the pervasiveness of closures and caps? As we technologists focus our food packaging attention on the primary package and the distribution package, we too often overlook closures as an adjunct.

Reducing Closure Mass
Much of the meeting landscape featured material reductions in keeping with contemporary visibilities and enhancing base line functionalities. Andrew Stone ([email protected]) of Novembal, a Tetra Pak company, believes that the limit on weight savings has been reached, weight having been reduced by 25–50% in the past two decades. Further mass decreases depend on linkages with bottle makers, who must alter finish dimensions and engineering. Conversely, of course, food and beverage packagers demand individuality in terms of color, decoration, and tactility in their closure designs.

Combating this assertive marketing posture is the proliferation in competition and stock keeping units (SKUs). Overriding are the inane kinetics of plastic prices driven by petroleum, climbing from $0.35/lb in 2000 to nearly $ 0.70/lb recently—little wonder that manufacturers are seeking mass reductions. And there is the undertow of environmental actions such as the sustainability stampede to "reduce, reuse, recycle."

Water-bottle finishes have changed from the 28-mm diameter during the 1990s to short-height 30.25-mm and 26-mm short designation "1844" finish for still water and short-height 28-mm finish designation "1881/1873" for pressurized, i.e., sparkling, waters whether natural or artificial. Carbonated beverage bottle finishes have changed from 28-mm diameter designation "1810" during the 1990s to three today: "1881," "1873," and custom, all short height. Although the mass reductions per closure are measured in fractions of a gram, the total at the end of a day during which up to 1 million bottles are filled sums to more than 2 million lb of plastic or nearly $2 million/packaging line/year.

Application of these new closure designs requires changes in engineering of components of the bottle filling lines, estimated to be about $60,000 for filler tubes, new chucks, back guides, cap trackers, sorters, etc., per 100-valve filler as an example. John Brown of Alcoa Inc. (www.alcoacsi.com) also computed the payback period for the cost of converting from standard to short height to be less than two years.

Beer Bottle Closures
During the pre-conference workshop, Lothar Brauer of Bericap LLC ([email protected]), provided valuable insights into the application of active packaging to plastic closures on plastic beer bottles. The closure, usually polypropylene plus, is, of course, part of a total system that includes the enhanced polyester bottle and its finish, the equipment to marry closure and bottle, the packaging environment, and the closure itself. With all closures, and especially with beer bottle closures, package integrity—barrier, leakage, and resistance to pasteurization heat—are crucial to functionality. The demands on retorted bottle closures are even more severe, but relatively few such packages are yet extant.

• Leakage. Adding to the demands on beer bottles and their plastic closures are the temperatures encountered in conventional distribution channels. As the temperature increases, the internal product content carbonation pressure increases and stresses the closure area. One-piece-cap inner seals move slightly under pressure and outwardly deform the center of the closure. Microleakages may arise from internal pressure, excess finish flash, scratches, deformations, indentations, and recesses, most of which can be overcome by double seals, i.e., inner and outer seals molded integrally.

• Oxygen Scavengers. As regular fans of this column know, beer is highly sensitive to oxidation and to loss of carbon dioxide. Much beer is packaged with very skillfully reduced oxygen levels in the parts per billion range, orders of magnitude below that yet found in even the most oxygen-sensitive foods and juices. Loss of more than 15% of initial CO2 is reason for consumer rejection. Because no plastic is a perfect gas barrier, engineering of both bottle and closure is crucial to retention of initial quality. Gas exchange may occur in the closure, our focus here, by oxygen permeating in through the top of the cap, CO2 permeation loss through the top of the cap, CO2 transmission loss through the cap/finish, and O2 transmission entry through the cap/finish.

Polypropylene is not a good gas barrier. One alternative is using a barrier plastic, which is not feasible because of economics and adverse secondary effects, or reinforcing the basic plastic closure. Passive barriers may be created by incorporation of ethylene vinyl alcohol (EVOH) or nylon gas-barrier liners, or, possibly in the future, nanocomposites. Active barriers may be achieved by integrating O2 scavengers into the closure shell or the inner liner or some combination, because O2 scavengers are not CO2 barriers.

Bericap’s Double Seal Eco O2S™ cap employs Darex sulfite-based compounds from W.R. Grace & Co.’s Cambridge, Mass.–based Darex Packaging Technologies (www.gracedarex.com) as O2 scavengers in the cap liners. The reaction is 2 Na2SO3 + O2 = 2 Na2SO4, and up to 1 mg of O2 may be absorbed by 100 mg of O2 scavenger. The cap consists of consecutive layers of polypropylene shell, ethylene vinyl acetate (EVA) for mechanical sealing, EVOH as an oxygen barrier, and an inner liner of the O2 scavenger in an EVA matrix. A typical beer bottle headspace constitutes about 5% of the total bottle volume. Without the interventions, up to 7,500 μg of O2 might be present to react with the contents. Brewers have established 1,000 μg of O2 uptake as the maximum acceptable during the entire shelf life. O2 scavenger capacity is 3,000 μg. Thus, only up to 400 μg of O2 may enter the headspace. The Bericap one-piece and competitive two-piece closures exhibit a net O2 transmission rate (OTR) of about 0.07 cc/package/day.

Aroma Addition
Among the more intriguing technological innovations discussed at the conference was CompelAroma® from Scentsational Technologies Telford, Pa. (www.scentt.com). The notion of adding value to a product through packaging is fundamental—but usually the flavor is added to the product early in the value chain, i.e., in the formulation. Incorporating desirable and even enticing aromas into package materials and structures is not new, as many flavor houses offer encapsulated flavors to compound into plastics before extrusion into bottles, films, and closures. Much of such flavor is volatilized as a result of the thermal exposure during the extensive plastic processing operations.

Scentsationals’ Steve Landau asserted that the company’s technologies for aroma incorporation better retain the original quality and quantities by direct injection into the extrusion process. By being present in the plastic, e.g., the closure of a water bottle, the aromas are released into the contents and headspace. in this manner, the package closure may protect the product through the barrier in the closure material and allow the consumer to sample the aromatic properties or to release the aroma only after opening. Aroma is not dissipated or lost into the surrounding air from the closure plastic during distribution.

Dispensing Closures
In the ever-expanding universe of upsiding closures, access to and removal of contents have been high in the value chain. Although almost everyone is daily familiar with closure dispensers through shampoos, water, carbonated beverages, instant coffee, and milk bottles, product dispensers are being invaded and extended by innovation. Erie Plastics, Corry, Pa., demonstrated its Pop N’ Shake system in which multiple separated contents within the closure are brought together and released into the bottle when the top is hit. Shaking the bottle then mixes the two components. This obviates the need for opening an external packet and emptying the contents into the liquid in the bottle, as one commercial system for flavoring water requires.

StarOne Group in Australia ([email protected]) offers Drop-Top™, a dispensing closure that encapsulates one or more products in a sealed multiple cavity in the closure. Twisting the closure cuts open the seal and allows the contents of the cavity to fall by gravity into the bottle, which mixes the components for consumption.

Spokespersons for both companies assert that their closure system is robust and will alter marketing relationships.

Major Contributor to Consumer Acceptance
The top line is that the closure element of packaging—often considered ancillary—is today a major contributor to consumer empowerment of any brand. Package marketers may ratchet closure design into a launch pad for major convenience and sales increments. Reflect on the impact of pull tabs on carbonated beverage and beer cans, screw caps on gable-top paperboard cartons, zippers on shredded cheese pouches, dispensers on ketchup bottles, and so on. An in-depth review and analysis of this and other package closure communications enables one to gain appreciation of the potential for gaining visible consumer benefits through the application of innovative closures.