Green, green, the color green—previously emblematic of the color of money, spring, and Erin, today is the hue of the flag of sustainability. 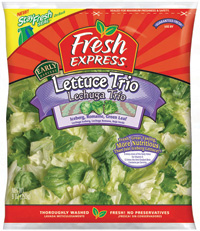 Without wishing to upset the popular tenets and conceptions of the current trends in sustainability in energy, food, planetary resources, and our favorite—packaging, we present here some recent data of interest that should disturb current headline "wisdom." These figures are not selectively parsed to serve an agenda. The goal is to offer facts on food and packaging waste in context in order to demonstrate that the present focuses of media and public attention are grossly hyperbolized and that resolving their apparent favorite issue will not lower the water level of the seven seas by a single millimeter.

Quantifying Food Loss
A review of responsible data on food waste in different geographies might be quite enlightening. Our colleagues from the University of Arizona, Bill Rathje and Cullen Murphy, who published reams of paper on topics such as Rubbish: The Archaeology of Garbage (Harper Collins, 1992) and traveled millions of miles to discourse on the topic, researched U.S. landfills and discovered that discarded food comprised more than 10% of the mass. Later studies indicated that the proportion was much higher. In a 2004 U.S. Dept. of Agriculture report, the conclusion was that 40–50% of edible food, valued at nearly $50 billion, was thrown away by households alone. That figure does not include any food waste that enters the home or foodservice disposer, liquids poured down the drains, or the non-edible food that enters the waste stream. Retail grocers’ data for fresh and minimally processed food discards suggest that about 15% of their input is lost before sale.

According to a 1997 USDA study, Americans waste an astonishing 27% of the food available for consumption—about a pound of food every day for every American. Grocery stores dump products or donate them to food banks because of spoilage or minor cosmetic blemishes. Restaurants throw away what they do not use. And consumers toss everything from brown spotted bananas to last week’s leftovers. In 1997, nearly 100 billion lbs of the 356 billion lbs of edible food in the United States was not eaten. Fresh produce, milk, grain products, and sweeteners comprised two-thirds of the waste. Retail foodservice operations—such as supermarket kitchens—empty their chilled display cabinets of prepared food each evening for fear of pathogenic microbiological spoilage.

Recent data from Canada support these statistics on the U.S. market. According to a May 2008 Toronto Star article by Andrew Chung titled "How We Waste Food," one-quarter or more of Toronto’s food is going to garbage. Also according to that article, researchers in the United Kingdom claim that 14% of purchased edible food ends up intact in the waste stream.

Might we be far off in reflecting on these meager—but nevertheless reasonable data and extrapolations—if we suggest that the net contribution to the national municipal solid waste stream by wasted food might well equal—or even exceed—that from the much-maligned food packaging? We might further suggest that, according to municipal solid waste expert R.T. Brody (cited by his proud dad) and our University of Arizona garbage archaeologists, the food discards remain intact in solid waste landfills for infinity—or about as long as do the again much-maligned discarded "polywhatever" plastic packaging.

Packaging and Food Waste
Now permit us to reverse the computations to demonstrate that minute weights of packaging reduce the horrific food solid waste stream. Research on the topic, published in Packaging in Perspective by Jack Milgrom and me (Arthur D. Little, 1975), documented the fact that food packaging exerted an incredibly beneficial effect on reducing food waste—which would be much higher without the protective attributes of package materials. Examples include strawberries—with a loss of nearly 20% because of mold and softening in transit "naked" from field to consumer—vs a loss of less than 12% when the strawberries are protected with modified atmosphere packaging. Beef movement in barrier bags (about 30 g of package material/20 lbs of edible beef) eliminates transport of bone, fat, and other inedible parts and retards microbiological spoilage and moisture loss, thus avoiding billions of pounds of food loss and millions of gallons of distribution fuel costs—and a lot of labor. And the list goes on. Consider head lettuce vs precut. With tomatoes, there is 10% loss naked and less than 5% loss packaged. For orange juice, the totals are 40% fruit garbage if you squeeze your own vs using a 30 g multilayer plastic bottle, which saves about 200 g of waste per 8-oz glass of juice. Need we continue to cite data to buttress our contention?

Going back to the 1970s again, Milgrom and Brody research showed that there was an inverse correlation between food waste identified in solid waste streams and discarded package materials, and that is still the case. Third World countries, which used almost no consumer packaging, suffered from up to 70% food losses from farm gate to consumption. In Second World countries using minimal packaging such as aseptic packages and polyethylene sacks, up to half of food production would be discarded. Even industrialized nations found that 25–30% food losses were hardly uncommon—facts that seem to have been corroborated more recently as cited above. Another telling observation was (and still is, according to the British), relatively little processed packaged food was found in the landfills.

The Solid Waste Stream
If we examine the current solid waste stream from any perspective, we find that according to data from the Environmental Protection Agency’s Office of Solid Waste, municipal solid waste (that is, the portion that ends in sanitary landfills), now exceeds 250 million tons, more than double the gross of 1970. But—and this is interesting—per capita solid waste is at 4 lbs—about the same as in 1975. Let us reflect. Americans discard 1.3 lbs of edible food of 4 lbs total waste per capita. (No, we cannot reconcile the small data discrepancies, but the basic conclusion is that we are wasting food at a prodigious rate when we distribute product that is not fully processed and packaged.)

Before we continue our dissection of the remaining components of the municipal solid waste stream, be advised that municipal solid waste represents only a small fraction (less than 25%) of total national solid waste and, further, does not include the notorious carbon-consuming carbon dioxide and methane gases that are allegedly leading to global warming. Not included are rubber tires, building debris, glass shards, automobiles, and appliances, some of which can be effectively recovered and some of which, i.e., tires, seem to be forever a major dilemma.

More than half of municipal solid waste becomes landfill, about 12% is overtly converted to energy, and about a third is gainfully recycled. How much is food waste? Depending on whose "authoritative" data we apply, the mass ranges from 35–50 million tons, without attempting to incorporate food waste at food processing, foodservice, and retail grocery establishments. Whatever the calculation, the disappearance of nutrients is monumental. Did someone murmur "sustainability?" If you seek an opportunity to sustain a population, look around you—not at the processing scraps that become animal feed or fuel, but at the actual edible food that is plowed underground each day, some of which anaerobically converts to methane, and most of which will still be there intact a century from now.

Food Packaging in Solid Waste
Now for the alleged villain in this emergent drama: spent packaging—of which 55–60% originally protected food. Nearly 80 million tons of packaging waste are generated annually, up from 76 million tons in 2000 and about 50 million tons in 1975. According to our arithmetic, spent packaging comprises about 32%, and spent food packaging about 18%, of the municipal solid waste stream—about the same fraction as 30 years ago, i.e., per capita consumption is the same. We have, of course, experienced major population increases and changes in the nature of the foods we consume—with convenience heading the list, and yet each of us uses the same mass of package materials. But have we saved on food waste as a result of the continued application of food packaging? Good question. Based on recently published studies, per capita food waste apparently has not increased in our country.

How in the world might the food packaging industry have conceivably sustained the per capita mass of package materials for the past 30 years or more? The answer, our friends, is written, not in the wind, but in the incessant drive of our professional brethren to optimize packaging-contained food product and distribution. More than 200 million plastic bottles have displaced glass, about a 90% reduction in distribution mass, 70% reduction in energy use, and 20% reduction in distribution space volume. Possibly 80 million plastic bottles have displaced steel and aluminum cans. And just to demonstrate a lack of bias, some countless millions of lighter-weight flexible package pouches have displaced plastic bottles and jars and paperboard cartons—or have you not noticed? It should now be polyester-clear how plastic packaging has reduced packaging waste in a major way.

Now for the obvious question: Has the application of plastic packaging undermined food preservation—because we have experienced little or no abatement in food waste. We cannot make an assertion to this hypothesis since we have no data—except for our own observations. Certainly, barrier and case-ready red meat packaging, virtually all plastic, have markedly reduced fresh meat losses. Absolutely, modified atmosphere packaging—all in plastic—has dramatically reduced fresh produce losses even as per capita consumption has escalated. Fruit juice losses are so minimal today that they are no longer even measured. Observational data appear to indicate that packaging has enhanced preservation at minimal disruption to the planetary environment, but, dear reader, perhaps some among you might wish to undertake some research toward proving us correct.

Concluding Thoughts
Two assertions are indisputable. The first is that the activist proponents of sustainability who have seized upon food packaging as an evil that must be controlled in order to resolve planetary perpetuation issues are dead wrong! Even if we were able—through manipulation—to eliminate food packaging solid waste, what about the other 88% of solid waste—not nearly as visible a target (not to say the increased food waste)? And, if we somehow managed to eliminate plastic packaging to "save" petroleum, what about the other 99% of oil usage? Instead of struggling with the impossibility of counting carbon dioxide molecule footprints of polyester water bottles, let us return to our true mission of being integral to the preservation and delivery of safe, tasty, and nutritious food.

And secondly, food packaging, professionally applied, can and will help drive future declines in food waste for human sustenance and survival—which, after all, is the basic definition of sustainability—the continuation of the human condition!

References for the studies mentioned in this column are available from the author.