The sports nutrition market is experiencing some interesting changes. At this year’s IFT Food Expo®, a representative from Innova Market Insights, Duiven, Netherlands (phone +31-26-319-0650, www.innova-food.com), noted that there is a shift from the professional market to the consumer market for sports nutrition and performance products. The market researcher also observed that products are increasingly targeting "weekend warriors." 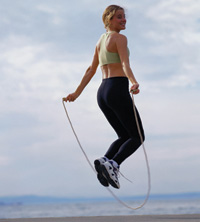 "As an applied sports dietitian who has worked in the field of athletics for over 27 years, I have seen stats on supplement use shrinking in favor of functional foods," says Ellis. "At the same time, we have seen the role of sports dietitians growing as part of delivering that more-sophisticated functional food to athletes in their training-table environments."

Both serious athletes and weekend warriors are looking at functional foods and beverages to help promote muscle synthesis, recovery, and energy levels. Here is a look at some of the ingredients that can be used to promote the preceding.

Muscle Synthesis
Protein is essential for athletes to build and repair muscle that is broken down during exercise. Lately, research has focused on soy and whey protein in athletes’ diets. For example, Kalman et al. (2007) looked at the effects of soy- and milk-based proteins on circulating androgens and exercise-induced body composition changes. For 12 weeks, 20 subjects took 50 g of one of four protein sources (soy concentrate; soy isolate; soy isolate and whey blend; or whey blend only)/ day while they participated in a resistance-training program. Protein supplementation resulted in a significant increase in lean body mass independent of the protein source.

In a recent study using eight resistance-trained athletes, the Exercise Metabolism Research Group with the Department of Kinesiology at McMaster University, which is part of the National Research Council in Canada, found that subjects who ingested a carbohydrate–protein drink containing 10 g of whey protein with 21 g of fructose following resistance exercise saw a rise in muscle protein synthesis that was greater when an isocaloric amount of carbohydrate only was provided (21 g of fructose with 10 g of maltodextrin).

"The unique aspect of that particular study was the amount of whey protein shown to have this effect—10 g in combination with 21 g of carbohydrate," says Pikosky. "This is one of the first studies to document this effect in an amount that can be readily consumed in an isotonic sports recovery beverage."

Recovery
"In the minds of athletes, recovery pretty much means beating muscle soreness," says Ellis. "Recovery from the muscle soreness point of view involves minimizing the damage in the first place while speeding the efficiency of remodeling that damaged tissue."

He adds that there are still questions to be answered on when athletes should use fast-digesting vs slow-digesting sources of protein (amino acids and low molecular weight peptides vs larger peptides that might coagulate and be more timed-released in nature). "The composition of those amino acids is also under study with regard to which ones are the strongest at slow catabolic activity vs signaling anabolic activity," says Ellis. "A couple of the heroes of this process right now are protein sources that are rich in leucine and arginine, which are capable of up-regulating both the anti-catabolic and anabolic signaling that helps a damaged muscle fix itself faster."

He says that other areas of focus are protein sources that have a natural insulin-stimulating effect (insulinogenic), like aspartate, proline, glycine, lysine, and BCAAs. "So we see things like soy protein being a rich source of insulinogenic amino acids, as is whey protein," he adds.

Emerging research is demonstrating the potential benefit of consuming carbohydrate–protein beverages during and/ or after endurance exercise to improve recovery by reducing markers of muscle damage and soreness as well as improving subsequent muscle function, adds Pikosky. He cites a recent study in which cyclists were provided with either a carbohydrate+whey protein beverage (CW); a carbohydrate-only beverage matched for total calories (C+C); one matched for carbohydrate content (C); or a placebo (P) during exercise (Valentine, 2008). Cyclists rode longer when they consumed CW and C+C compared to P. In addition, markers of muscle damage were significantly lower in the CW compared with all other treatments. Cyclists who consumed the CW beverage during exercise also had improved muscle function approximately 24 hr after their cycling bout.

"It was designed to deliver a 3-1 ratio of carbohydrates to protein, a target chosen by Jeremy Isensee, the nutritionist for the UW Badger football team," says Burrington, who worked with Isensee on the composition and on the carbohydrate selection. The drink contains 9 g of whey protein/ 8 oz and is used by members of a number of UW sports teams.

Other recovery ingredients include a casein hydrolysate and coenzyme Q10 (CoQ10). A casein hydrolysate, PeptoPro® from DSM Food Specialties, Delft, Netherlands (phone +31-15-279-2685, www.peptopro.com), has been shown to decrease recovery time after exercise or other physical activity. Due to its small size (chains of di- and tri-peptides), it can be fully and rapidly absorbed by the body without adversely affecting the digestive system. According to the company, a study using 14 g of PeptoPro in a carbohydrate drink showed improved recovery from exercise, resulting in improved performance in subsequent exercise.

Another study showed that after drinking a sports drink containing the casein hydrolysate, athletes’ muscle pain was significantly lower compared to a placebo. Information on the company’s Web site explains that protein is not only used as building blocks for muscle growth, it also stimulates the production of insulin. Insulin is important for recovery after exercise because it stimulates the formation of muscle protein and the uptake of sugars, such as glucose, from the blood into muscle cells. In the muscle cell, insulin stimulates the formation of glycogen, the glucose store of muscles, which is an important source of energy during exercise. Thus, protein, via insulin, helps to replenish muscles’ store of energy.

Kon et al. (2008) examined the effect of CoQ10 on muscular injury and oxidative stress during exercise training. They randomly assigned 18 male students, all elite Japanese kendo athletes, to receive either 300 mg of CoQ10/day for 20 days or a placebo. All subjects practiced kendo 5.5 hr/day for 6 days during the experimental period. At days three and five, the researchers reported that both groups experienced increases in serum creatine kinase activity and the concentration of myoglobin, but these increases were significantly lower in the group receiving the CoQ10 supplements. Elevated levels of the creatine kinase are indicative of muscle damage and injury. Moreover, levels of lipid peroxide, a marker of oxidative stress, were also lower in the CoQ10 group.

"My events don’t allow much recovery time, and before I started using ribose, my second lift was always weaker," says Roach. "Ribose allows my second lift to be as strong as the first."

Other ingredients associated with energy include L-carnitine, taurine, and B-vitamins. Body Dynamics Incorporated Marketing, Carmel, Ind. (phone 800-428-2352, www.bdimarketing.com), offers products that contain L-taurine and vitamins B-6 and B-12. The company’s 2-oz Mini Thin Rush liquid energy shots contain caffeine and L-taurine, which, according to the company, is "an important amino acid involved in a large number of metabolic processes in the visual pathways, the brain, and nervous system, and cardiac function." It also contains vitamins B-6 and B-12, which provide natural boosts of energy.

L-carnitine is essential to transport long-chain fatty acids across the mitochondrial membrane for subsequent fat breakdown and energy production. Its benefits for athletes and physically active people include optimization of performance, delayed onset of fatigue, and improved recovery process.

References cited in this article are available from the author.