For months now, I have been hearing about something called food miles—a measure of the amount of carbon dioxide emitted in delivering food to consumers. Those who are fascinated with this approach to planetary sustainability are directed to the seemingly endless articles on this topic beginning in this millennium but strangely absent during prior eras. Was our food supply perfect during the 20th century? 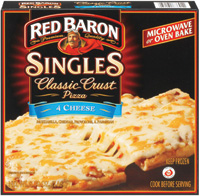 Somehow someone has concluded that if we all consume food grown in our back yards or by local farmers, we will be healthier, wealthier, and wiser, and that Mother Earth will be better for it. The relevance to packaging is this: If we eschew food processing, packaging, and distribution, this third rock from the sun will live longer.

Were Those the Days?
As a survivor of the "grow your own food" generation, I offer my personal observations. When the world was a "better" place during the Depression era, half or more of our population lived on farms and grew their own food. And those who lived in urban and suburban areas received their food by means that might now be viewed with nostalgia—direct home delivery of bakery goods, milk, chicken, eggs, butter, and fresh fruits and vegetables (when in season), along with ice for our ice boxes. For anything else, we went once a month or so to the local A&P and purchased supplemental provisions.

During those days, for which some today seem to yearn, fuel cost about 10 cents/gal, roads were hazards, and vehicles were unreliable. Nevertheless, food reached about 130 million people. Farmers—and we were a nation of farmers—were able to feed almost all of us, largely from local sourcing.

Do you remember reading in your history books about produce and poultry in wire-bound wooden crates with ice and how difficult it was to handle the crates? Did you ever consider the food safety challenges of preserving fresh-caught fish? Or wonder how paper-wrapped ground beef could hold together on the trip home from the butcher shop? Then there were the open-air produce markets—a concept that extends to the present in the form of farmers’ markets. Have you ever visited a farmers’ market at the close of business and weighed the food or packaging detritus as a reminder of yesterday? Or thought about how much food spoilage occurred back then in the good old days? Or how many persons became ill from spoiled and pathogen-laden food? And this is what some regard as a better way to feed ourselves?

During those days, we received our oranges—in season—from Florida and California and squeezed them by hand to obtain juice, generating peel and seed garbage by the pailful. We raised our own chickens, gathered eggs, and often killed the chickens at home. Mom cooked with (hydrogenated) Crisco because it did not turn rancid. Apples came from a tree in the back yard and tomatoes from our garden—in season, of course.

During those not-so-glorious days, we had no notion of pizza, salsa, frozen foods, cured cheese, fresh pineapple, salad dressing, chocolate chip cookies, potato chips, almonds, olives, barbecue, and all those foods that make our lives today so enjoyable. Folks who lived in Chicago never saw a lobster or fresh fish, and bread was always white and cottony and molded in three days. Milk soured in five days and bologna greened in 10 days. Ice cream was available only from Howard Johnson’s and just for special occasions.

Processing, Packaging Advances Expand Options
And then came processed/packaged food—a "miracle" that enabled most persons to depart the farms and small towns of legend and apply their creative talents to science and technology, air travel, medical diagnoses, television, the Internet, literature, art, music, and the things that make life so exciting and interesting. And childhood illnesses were virtually eradicated, our lifespans increased, and our worries turned to issues that could not have existed when we lived only to 50.

Was it a coincidence that the Institute of Food Technologists was founded during the late 1930s by processing and packaging professionals who had a vision of feeding a much larger population with safer and better-quality foods than they had eaten as children and adolescents?

And was it also a coincidence when, in 1989, as IFT reflected on its first 50 years, that 10 wonderful technologies were selected by independent, objective sources as the greatest food science advances of that half century? That list of technologies included aseptic processing and packaging; safe canning processes for vegetables; the microwave oven; frozen concentrated orange juice; controlled atmosphere packaging; freeze drying; frozen meals; the concept of water activity; food fortification; and UHT processing. Six of the 10 technologies integrated food packaging in order to remove the food from the farm and deliver safe, high-quality, convenient foods for consumers.

As a result of individual and collective cumulative efforts, farms and farmers became as obsolete as horses and buggies. Without heading in the direction of presidential campaign issues, I will observe that small towns were essentially erased, and we in the United States enjoyed the greatest half century of comfort, health, education, growth, and understanding in world history (not without some problems, of course). So we might ask: Is the correlation of prosperity with processed and packaged food nearly 1.0?

Progress in Packaging
The founding of IFT’s Food Packaging Division during the 1970s coincided with the era some now call the "Golden Age of Packaging." Consumers were offered a kaleidoscope of foods in new packaging forms that were simultaneously protective and convenient: dry soups in pouches, frankfurters in vacuum thermoforms, bread in recloseable bags, fruit beverages in stand-up pouches, milk in polyethylene bottles, beer in cans with pop tops, carbonated beverages and juices in lightweight, polyester bottles, apple sauce in single-serving cups with peel-off tops, aseptically packaged puddings and juices, and not-from-concentrate orange juice with extended shelf life.

Who yearns for those days before packaging? Perhaps those who conjure up a local farmer providing all 300+ million of us with range-fed beef, antibiotic-free eggs, organic lettuce, natural spinach, soy milk, antioxidant-laden carrots, raw milk, wild salmon, sea salt, and phytochemical-filled broccoli—all unprocessed and unpackaged, of course.

But, when we examine the local-farmer theory of a safer, more-nutritious, better-tasting, and more-sustainable food supply, we see some interesting anomalies. Soy products, for example, are all in the conventional packaging of their non-soy counterparts—necessary to protect against that always-nasty natural environment in which we live. Sea salt is hygroscopic and must be packaged against moisture. Wild salmon do not leap from Alaska to Atlanta and so are hardly local. Neither is organic, fair trade coffee.

During the winter months, our old farm was deep in snow and there were no tomatoes, crab apples, nuts, rhubarb, or other garden-grown products. We survived on eggs and fresh-killed poultry, a boring and truly unhealthy diet. Even the nearby fishermen could not go out to the banks because of the ice and storms.

If you do not reside in California or Florida between hurricanes, from where do these local, farm-grown foods come? Do "locavores" wish us to build and heat greenhouses to grow "natural" food for the urban folks? And is it expected that we shall convert from consuming wheat and corn to consuming flax and whatever else is suddenly deemed to be the favored grain? Or should we have Vermonters begin cultivating those exotic health fruits discovered in the Amazon jungles? And since they are fruit (and they happen to be proven safe), don’t we have to protect them during distribution? Do we have enough arable land in the Catskills to provide for the 15 million people in the New York City area?

And, oh, by the way, how do we move the locally grown, fresh avocadoes from the local farm to my home? Should we expect daily delivery as we did when I was little—one delivery by each food product producer directly to our home—the equivalent of the U.S. Postal Service, FedEx, UPS, DHL, and so on, delivering each day, occasionally even twice a day? Doesn’t my neighborhood have enough delivery trucks? And is the mail service willing to handle unpackaged food?

And who will monitor—or at least oversee—the safety of these local, organic, natural, unprocessed, and unpackaged foods? The individual farmer who comes to your door? Or the consumer who must now cook from scratch?

That’s why I say, "been there, done that, no longer interested." Personally, I like fresh-cut salad vegetables, extended–shelf-life beverages, microwaveable pizza, chilled Israeli hummus, and a variety of other products made possible by the profession of food science and technology. I propose that we together praise ourselves for inventing a processed/packaged food supply structure that actually feeds us all with the safest, most-diverse, highest-quality, and least-expensive food in world history.