Since the dawn of humankind on this planet, food has been the most basic need. Not until the solidification of the Industrial Revolution fewer than two centuries ago was agriculture organized to permit many people to depart the hunt-and-harvest survival mode and begin an era of expansion. To deliver the bounty to those who benefited from the abandonment of dependence on fields and waters, invention of a new discipline of food preservation and protection was required. And invent it we did, with temperature control and comprehension of preservation and shelf life and the establishment of food industries that fed us. 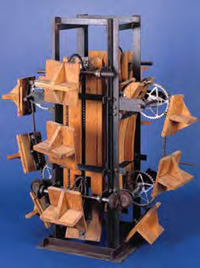 The conversion from rural to urban societies coupled with efficient agriculture and a distribution infrastructure to feed the growing manufacturing and service sectors for the industrialized countries. But other segments endured their agrarian conditions. Fundamental to those societies that have built factories that produce safe, nutritious, and uniform-quality food is packaging—bottles, cans, cartons, bags, pouches, and boxes—to protect the contents against an always hostile natural environment and, simultaneously, to significantly reduce food losses.

Food Is Abundant but Not Available
Most persons do not realize that more than enough food is grown on earth to feed every person living today, with enough resources available to continue probably well into the next millennium for the billions more who will follow us. Unfortunately, most of today’s cultures rightfully cultivate a concept that survival means living on and with the land and the water. Too many subscribe to the notion of clearing the land for subsistence farming, which means years of plenty and some years fallow. Pasture for sheep, cows, or bison consumes vast areas and is claimed to be a highly inefficient use of resources, but the practice continues worldwide. Asian culture dictates intensive agriculture for rice.

Subsistence farming consists of eating what is needed immediately and sharing the excess, if it exists, by painfully carrying it to open-air markets in the village square, with the entire journey replete with rain, humidity, insects, birds, and, as we know, microorganisms. Well over half the food grown or harvested on this planet spoils while in the distribution mode because of the paucity of an infrastructure in most regions of the world. Imagine how much waste occurs during the brief march to market each day or each week. If you cannot envision this waste, go to your nearest city farmers market or roadside stand at day’s end and witness the garbage as I have advised in previous writings.

Despite knowledge by our industrialized food scientists and technologists on the use of protective packaging to help deliver safe and nutritious foods to large numbers of people, unfortunately, too many people (probably a majority of the earth’s population) are not yet cognizant or able to take advantage of this knowledge. And unless and until world leadership recognizes and accepts positively integrated food delivery systems as fundamental to human existence and meaningful progress, children and adults will continue to be hungry, nutritionally deprived, and ill, and too many more millions will die each year.

It is not merely logic and reason that dictates that the greater application of food science and its cooperative sub-categories, including food packaging, can offer a right route to truly saving this planet’s most precious resource, the human race. The simplest analysis of food distribution demonstrates that erecting barriers to the natural environment of water, water vapor, microorganisms, insects, animals, and debris is fundamental to preserving food. And the best hurdle yet devised is food packaging, despite the fact that it is so frequently maligned by the media.

Past Packaging Practices Will Not Suffice
Glass, ceramic, cloth, and wood were sometimes used for long distribution—with wood crates often still the vehicle of choice. Metal and paperboard entered during the nineteenth century with some beneficial effects, although too often for military and war support. More recently, in the mid-to-late twentieth century, the much more effective hydrocarbon polymer materials have been applied to envelop and protect food in industrialized distribution economies. None of the resulting package structures is perfect, but all are much better than the primitive food chain still prevalent in most of the world.

Glass, ceramic, cloth, and wood were sometimes used for long distribution—with wood crates often still the vehicle of choice. Metal and paperboard entered during the nineteenth century with some beneficial effects, although too often for military and war support. More recently, in the mid-to-late twentieth century, the much more effective hydrocarbon polymer materials have been applied to envelop and protect food in industrialized distribution economies. None of the resulting package structures is perfect, but all are much better than the primitive food chain still prevalent in most of the world.

Deficiencies in package materials, such as possible solid waste disposal or perceived alleged toxicity issues from migration or contact, should not mandate that the focus be so much on these limitations that they be restricted or banned. How effective is ceramic or wood in protecting raw food in transit from the field to the open market? And yet they were the materials of choice for centuries and remain so in too many domains. In pragmatic perspective, the fate of the world depends on the meaningful application of food packaging. Local farming being advocated for urban America in contemporary literature is precisely the reason that food shortages exist in most of the world. It is expensive in terms of human resources and food waste and cannot be abided if we hope to rid the world of hunger. Such was the era of Depression America, whose grip was loosened by the sheer imperative of feeding a nation at war.

We can thoughtfully introduce the concepts that eschew individual farmers daily carrying their wares to open-air markets, where the loss rates are horrendous. Packaging of foods on—and immediately beyond—the farm can become today’s greatest contribution by industrialized society to the less-developed regions of this planet. Imagine how much loss would be avoided from the simplest immediate protection of, for example, sacks of low-density-polyethylene film to surround picked fruit or killed chicken or grain kernels!

And envision the food chains that could be filled when the plastic food packaging is optimized for the surrounding climate. Agricultural raw material supply countries could feed themselves, in addition to providing for the rest of the world.

We all should recall the rousing tale of Tetra Pak’s Ruben Rausing and his tetrahedral, multilayer-lamination package married to aseptic processing in order to foster distribution of ambient-temperature, shelf-stable milk to a Europe recovering from war. And we know of the company’s relentless installation of their systems in Second–and Third-World countries lacking the refrigerated infrastructures needed to provide safe milk for their populations. Retortable, multilayer barrier-plastic pouches of food have been delivered en masse to underfed Asian populations. We have already demonstrated the decisive paybacks from such packaging initiatives that could and should be expanded!

Plastic Packaging Holds the Answer
Note the application of plastic as being the simplest and most-effective means to achieve the objective of introducing shelf life into almost every agricultural raw material destined to become part of the food supply—especially in regions suffering from environmental food losses at and beyond the farm. Plastic film is inexpensive and protective. Keep in mind that we are not seeking perfection—only a solid protection against the elements.

Many world food experts have long held the thesis that food packaging in almost any distribution infrastructure is key to alleviation of hunger. In our view, agricultural interests and economics that emphasize yield, raw materials, and acreage and regard food as a down-stream, secondary corollary have so dominated the world food scene that the obvious solutions to food preservation have been ignored and subverted.

Elementary food technology and packaging can be a start to breaking the endless cycle of subsistence growing and the issues of field rot, lack of distribution infrastructure, food shortages and deficiencies, and the consequential human devastation. Primary to addressing—and defeating—human hunger is the realization that food must be preserved from the field to the table with package materials and structures plus an accompanying distribution infrastructure such as roads and markets.

We might not be able to introduce temperature control and basic food processing, but the erection of barriers to the natural environment via packaging would be a major step forward. The rules for effecting this epic global change are best supplied by incorporation of food-packaging principles from responsible food-packaging professionals. We possess the means, the knowledge, and the money. We must muster the resolve to boldly apply packaging to help resolve this world’s greatest problem—the redistribution of our food supply for all.