Outbreaks of foodborne illness prompted a number of high-profile food recalls during the past several years. Many of the recalls received media attention, not only because of the number of people who became ill or died as a result of consuming contaminated food, but also because of the complexities of pinpointing the offending food product or ingredient. 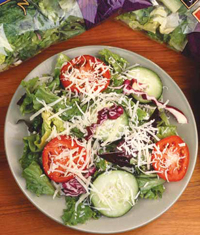 Measures to improve traceability within the U.S. food supply are among the key provisions of the FDA Food Safety Modernization Act (FSMA), which President Barack Obama signed into law on Jan. 4, 2011. FSMA contains provisions that expand the authority of the U.S. Food and Drug Administration, such as mandatory recall authority (to be used when a company declines to issue a voluntary recall); the responsibility to develop a third-party audit system for the certification of imported foods; increasing the frequency of mandatory inspections; developing regulations for preventive control plans; establishing a product tracing system; and others (FSMA, 2011). Most food companies will then be required to implement the regulations in their day-to-day operations, maintain more detailed records, and register their food facilities biennially. The law applies to the FDA and the foods it regulates and not to the U.S. Dept. of Agriculture, which regulates meat, poultry, and egg products.

The passage and ultimate signing of the FSMA into law was a long time coming. But the work is far from complete. The FDA has up to two years in some cases to develop and issue regulations and guidance documents that apply to the various provisions in the law, and it will conduct at least 12 rule-making sessions, giving opportunities for industry, government officials, and associations to provide input. Even though the FSMA is enacted, part of the challenge to the food industry is that it is not completely clear how the law will ultimately affect the industry, said Jennifer C. McEntire, Senior Staff Scientist and Director, Science and Technology Projects, Institute of Food Technologists.

Of course, there is also the issue of funding since some provisions, like the requirement for increased inspections, will be expensive. “I think it would be foolish to assume that lack of funding will hold FDA back,” said David Acheson, Managing Director, Leavitt Partners, one of four industry experts at the Food Safety Legislation Forum and webcast organized by IFT and sponsored by GS1 US. He explained to the more than 500 people in attendance at the Jan. 7, 2011, event that, even with limited funding, the FDA can take action now in areas like writing rules, developing requirements for certifications, and establishing pilot programs for traceability.

While the law addresses many aspects of food safety, this article will examine traceability and why experts believe that the eventual establishment of a product tracing system will help the FDA to both pinpoint contaminated foods and provide consumers with accurate information more quickly. It will also highlight some of the work IFT has done in the area of traceability.

Effective Tracing to the Source
Traceability became an important issue during the crafting of the legislation in part because the slow process of tracing and tracking foods made it difficult for the FDA and the Centers for Disease Control and Prevention to conduct epidemiological investigations, said John Bode, Principal, OFW Law, and a speaker at the forum. The FDA in 2004 contracted IFT to evaluate product tracing and trace back systems and provide recommendations. As part of its work, IFT in January 2010 published two reports on traceability: one on technical aspects and the other on costs and implications (www.ift.org/traceability). In addition to direct benefits and cost reductions, having a comprehensive product tracing system for the FDA and food companies to follow will boost consumer confidence and minimize productivity losses (Mejia et al., 2010). While a comprehensive traceability program will not prevent food from being contaminated, IFT stressed the importance of strengthening the FDA’s ability to trace contaminated food back to the source to allow the agency to investigate more quickly and thoroughly (McEntire et al., 2010). IFT suggested that a more rapid and effective trace-forward system would help to quickly identify specific facilities throughout the supply chain and narrow the scope of recalls (McEntire et al., 2010). Regulators have had difficulty finding the source of outbreaks fast enough—or narrowing the scope—to reduce exposure and determine the cause, said Acheson. “If you can’t determine the scope soon enough, you are going to have difficulty providing targeted consumer advice.”

Acheson listed a number of challenges hindering regulators’ efforts: complex supply chains and distribution systems; various systems of tracking already in place; names of products that change as they move through the supply chain; and inconsistent record keeping. So how does the law address this? First and foremost, it requires the FDA to ultimately establish a product tracing system to quickly track and trace food in the U.S. or imported into the U.S. In doing so, the FDA is required to develop pilot projects with the processed food industry and with the produce industry within nine months of the law’s enactment and report to Congress on the findings of the pilot projects and recommendations for product tracing programs within 18 months.

Time Will Tell
McEntire co-authored the two IFT reports on traceability and said that there are some recommendations in those reports she wanted to see included in the new law but agreed that many of the provisions like mandatory recall complete the “portfolio of authorities” for FDA. As mentioned in this article, the specifics of the law’s provisions will be determined over the following months, and it will take time to determine the effectiveness of the law, which the experts at the forum agreed shows promise at helping to improve food safety. Having a comprehensive traceability system in place should not be seen as a burden on the food industry, said Acheson, but as a way to quickly and accurately determine the food linked to a foodborne illness outbreak and then issue accurate messages to consumers and avoid rolling recalls.