With the start of a new year, many consumers resolve to better their eating habits, trying to incorporate more nutritious foods into their diets. Here is a look at some of the foods that deliver research-documented benefits in their whole form. 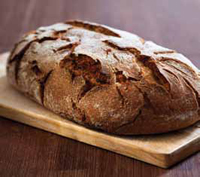 Whole Grains
Whole grains include wheat, corn, rice, oats, barley, quinoa, sorghum, spelt, rye, and brown rice in their whole form. Three to five servings/day are recommended; however, according to the Whole Grains Council, the average American eats less than one daily serving, and more than 40% of Americans never eat whole grains.

Whole grains are typically high in fiber, nutrients, and antioxidants. Studies show that eating whole grains instead of refined grains lowers the risk of many chronic diseases, including heart disease and diabetes. Other benefits include healthier blood pressure levels and better weight control. In a review of whole grains and coronary heart disease (CHD), Harris and Kris-Etherton (2010) concluded that because of varying nutrition compositions of different whole grains, each could potentially affect CHD risk via different mechanisms. For example, whole grains high in viscous fiber (oats, barley) decrease serum low-density lipoprotein (LDL) cholesterol and blood pressure and improve glucose and insulin responses. Grains high in insoluble fiber (wheat) moderately lower glucose and blood pressure but also have a prebiotic effect. Research on specific whole grains has highlighted other potential benefits.

• Barley. Abumweis et al. (2010) reasoned that increased consumption of barley products should be considered as a dietary approach to reducing LDL cholesterol concentrations. In their meta-analysis of 11 clinical trials from 1989 to 2008, the researchers found that barley and beta-glucan isolated from barley lowered total and LDL cholesterol compared to control.

• Quinoa and buckwheat. Alvarez-Jubete et al. (2010) suggested that seeds and sprouts from both quinoa and buckwheat represent potentially rich sources of polyphenol compounds for enhancing the nutritive properties of foods such as gluten-free breads.

• Brown rice. Sun et al. (2010), using data from the Health Professionals Follow-up Study and the Nurses’ Health Study I and II, showed that substitution of brown rice for white rice may lower risk of type 2 diabetes.

One of the most widely researched legumes, soybeans are higher in both protein and fat than other beans. Information from the United Soybean Board states that soybeans derive about 35% to 38% of their calories from protein and approximately 40% of the calories from fat. Most of the fat in soybeans is unsaturated. Polyunsaturated (primarily linoleic acid), monounsaturated (oleic acid), and saturated (primarily palmitic acid) fats make up 63%, 23%, and 14%, respectively, of the fat in soybeans. The polyunsaturated fat content of soybeans is of interest because it includes linolenic acid, an omega-3 fatty acid. In fact, in March of 2010, the U.S. Food and Drug Administration issued a notice confirming that increased omega-3 soybean oil can be used in foods and beverages. Pending similar clearance from the U.S. Dept. of Agriculture, farmers can soon plant these new soybeans that are higher in omega-3 content. The oil will lend itself well to a wide range of food products such as yogurts, salad dressings, breakfast cereals, baked goods, nut products, and soups.

Pulses are the dry, edible seeds of legume plants. In Canada, the most common pulse crops grown include peas, beans, lentils, and chickpeas. However, depending on the region, other pulse crops are more common. For instance, cowpea (black-eyed pea) is a recognized crop in the Southern United States, while mung bean is commonly used in China. Research has linked pulse consumption to benefits in cardiovascular health (reducing total and LDL cholesterol levels, reducing blood pressure), weight management (decreasing appetite, decreasing body weight or body mass index), diabetes (decreasing spikes in blood sugar and insulin levels after eating), and gut health (serving as prebiotic material).

Nuts
• Almonds. Holis and Mattes (2007) showed that 300 calories of almonds per day (sufficient to provide beneficial effects on cardiovascular risk factors) may be included in the diet with limited risk of weight gain. In this study with 20 healthy, overweight females, participants did not show an increase in body weight. They naturally compensated for most of the calories found in almonds. Additionally, the study found that the fiber in almonds blocked some of the fat calories from being absorbed.

• Hazelnuts. Schmitzer et al. (2010) demonstrated that hazelnuts’ antioxidative benefits increase when consumed whole. The researchers studied six hazelnut cultivars to determine the effect of skin removal and roasting on individual and total phenolic content and on antioxidative potential. A significant reduction in the antioxidative potential and total phenolic content was detected after hazelnut skin removal but not after roasting, suggesting that hazelnut kernels should be consumed whole. Many phenolic compounds are located in hazelnut skin; therefore, the health properties of hazelnuts are strongly affected by skin removal.

• Pecans. Suchy et al. (2010) suggested that pecans may provide neurological protection by delaying progression of motor neuron degeneration. Researchers carried out a number of laboratory studies on three groups of mice specifically bred to demonstrate severe decline in motor neuron function. Each of the three groups was fed a control diet or one of two diets containing differing amounts of pecans ground into their food. Mice provided a diet supplemented with pecans displayed a significant delay in decline in motor function compared to mice receiving no pecans. Mice eating the diet with the most pecans fared best. Researchers suggested that vitamin E in pecans may provide a key element to the neurological protection shown in the study.

• Pistachios. Pistachios are high in lutein, β-carotene, and γ-tocopherol relative to other nuts. Kay et al. (2010) suggested that a heart-healthy diet including pistachios contributed to the decrease in serum oxidized-LDL concentration and may provide an added benefit as a result of the antioxidants the pistachios contain. In addition, Zhang et al. (2010) indicated that bioactive compounds in pistachios, and molecules present in pistachios, have anti-inflammatory properties. The study also found that pistachio oil significantly affected genes involved in immune response, defense response to bacteria, and gene silencing.

Fruits and Vegetables
The National Fruit & Vegetable Alliance’s National Action Plan (NAP) report card found that the average American’s fruit and vegetable consumption remains far below recommended levels. Only 6% of individuals achieve their recommended target for vegetables, and only 8% achieve their recommended target for fruit in an average day. In addition, eight of the states with the lowest fruit and vegetable consumption are also among the states with the highest obesity rates.

• Blueberries. Stull et al. (2010) showed that daily dietary supplementation with bioactives from whole blueberries improved insulin sensitivity in obese, nondiabetic, and insulin-resistant participants. Thirty-two subjects were randomized to consume either a smoothie containing 22.5 g blueberry bioactives or a smoothie of equal nutritional value without added blueberry bioactives twice daily for 6 weeks. Insulin sensitivity was enhanced in the blueberry group at the end of the study without significant changes in adiposity, energy intake, and inflammatory biomarkers.