Depending on which market research report you read, either there are segments in the energy market that need to be tapped, or the energy food/beverage market is at a standstill. Despite varying opinions, one thing is certain: In today’s energy-boosting foods and beverages, there are specific ingredients, in addition to caffeine, that are widely used. Such ingredients include taurine and B vitamins. In addition, more natural sources of energy are being promoted in today’s new products. 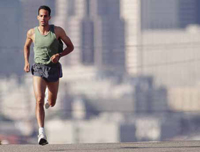 “I believe that 2011 will see new categories appearing in the energy and performance drink sector as consumers demand more natural products,” observes Tim Van der Schraelen, Marketing and Communication Manager, BENEO, Belgium (www.beneo.com). “Red Bull and similar shot drinks have their place, but consumers are looking for different ways to get longer-term energy boosts. Combine this with the trend of an aging workforce and more people looking for that boost to get them through the day, and I predict that we will see a sharp increase in energy and performance drinks that not only contain innovative carbohydrates but also combine fruit and dairy-alternative carriers.”

Here is a closer look at some of the ingredients that are found or will be found in energy-yielding foods and beverages.

Slow-Digesting Carbohydrates
Slow-digesting carbohydrates offer the advantage of sustained energy benefits. Palatinose™ isomaltulose from BENEO-Palatinit, Morris Plains, N.J. (phone 973-867-2140, www.beneo-palatinit.com), for example, is a disaccharide carbohydrate derived from sucrose. It differs from sugar in its linkage between the glucose and the fructose units (alpha-1,6 instead of alpha-1,2 glucosidic in sucrose). This linkage is much more slowly digested by the enzymes of the small intestine than the linkage in readily available sugars like sucrose or maltose. The tooth-friendly carbohydrate, because of its complete yet slow intestinal release, provides full carbohydrate energy (4 kcal/g) in a more balanced way over a longer period of time.

In a series of three studies, Holub et al. (2010) showed that Palatinose offers distinct physiological benefits. Research showed that isomaltulose is a completely available carbohydrate irrespective of its consumption with food or beverages, and it is very slowly, yet completely, digested and absorbed in the small intestine. This leads to a prolonged delivery of blood glucose to the body. The study also demonstrated that regular Palatinose consumption (50 g/day) was well tolerated and had no detrimental effects on blood lipids or cardiovascular risk markers.

Another slowly digested carbohydrate, sucromalt (Xtend™) from Cargill, Wayzata, Minn. (phone 877-650-7080, www.cargill.com), is a low glycemic sweetener that is ideal for use in foods where a balanced energy or blunt glucose response is desired. Derived from sucrose and maltose, it provides the full energy of both glucose and fructose, but with a lower glycemic response. The fully digestible, sustained energy carbohydrate received GRAS confirmation in April 2009.

Botanicals
Green tea is growing in popularity in energy drinks because it is a natural source of caffeine. Cran•Energy™ Energy Juice Drinks from Ocean Spray, Lakeville-Middleboro, Mass. (phone 508-946-1000, www.oceanspray.com), for example, is made from cranberry juice, but enhanced with natural caffeine from green tea extract and B vitamins. Research indicates the potential benefits of green tea extracts in areas such as energy expenditure, enhanced metabolism, and fat oxidation. Epigallocatechin gallate (EGCG), a green tea catechin, is believed to contribute to the fat-burning effect observed with green tea consumption. In a recent review, Grove and Lambert (2010) critically evaluated the evidence for the prevention of obesity by tea, discussed the relevance of proposed mechanisms in light of tea polyphenol bioavailability, and reviewed the reports concerning the toxic effects of high doses of tea polyphenols. Reported potential mechanisms by which tea polyphenols may modulate body weight and energy balance include inhibition of de novo lipogenesis, increased lipid oxidation, increased carbohydrate utilization, and decreased carbohydrate uptake.

Botanicals such as ginkgo biloba, ginseng, yerba maté, and milk thistle are present in energy drinks, promoting “natural energy.” Martin Bauer Inc., Secaucus, N.J. (phone 201-659-3100, www.martin-bauer-group.com), through its Plantextrakt business unit, offers a product concept under the banner Be Fit Extracts for Body and Brain. The concept is based on the performance-enhancing properties of natural tea and herbal extracts and is divided into three subcategories: body vitality, brain, and energy. The energy platform includes herbal extracts that provide a fast-acting boost of energy in an all natural way, such as green tea, guarana, green maté, and cola.

Beetroot has been quietly building a reputation as a food that may increase exercise endurance. Bailey et al. (2009) hypothesized that dietary supplementation with inorganic nitrate in the form of beetroot juice would enhance tolerance to high-intensity exercise. In a double-blind, placebo-controlled, crossover study, eight men (ages 19–38) consumed 500 mL/day of either beetroot juice or blackcurrant cordial (negligible nitrate content) for 6 consecutive days and completed a series of “step” moderate-intensity and severe-intensity exercise tests on the last 3 days. During moderate exercise, nitrate supplementation reduced muscle fractional oxygen extraction. The researchers found that during severe exercise, the time to exhaustion was extended. They concluded that the nitrate-rich beetroot juice has the potential to increase exercise endurance.

B Vitamins
B vitamins are often present in energy-boosting products because they aid in the breakdown of carbohydrates into glucose, which provides energy, and the breakdown of fats and proteins. Vitamin B-6 (pyridoxine), for example, functions as a cofactor in enzyme reactions, many of which are related to the metabolism of amino acids and other proteins. Vitamin B-12 plays a role in energy metabolism. Vitamin B-1 plays a role in the conversion of blood sugar to energy.

L-Carnitine
L-carnitine is essential to transport long-chain fatty acids across the mitochondrial membrane for subsequent fat breakdown and energy production. It is important in supplying energy to many organs in the body, such as the heart, muscles, liver, and immune cells. L-carnitine plays an essential role in the body for producing energy from fat, ensuring athletic endurance, promoting recovery after exercise, providing the heart and immune cells with energy, and preventing early onset of fatigue during exercise. Carnipure™ from Lonza Inc., Allendale, N.J. (phone 800-955-7426, www.lonza.com, www.carnipure.com), is a special grade of L-carnitine.

According to information from Lonza, a growing body of scientific evidence illustrates the favorable effects of L-carnitine for athletes and physically active people in regard to performance, fatigue, and recovery. For example, L-carnitine supplementation increased the peak treadmill running speed in marathon runners and increased VO2 max in cyclists and long-distance walkers. VO2 max is a measure of a person’s ability to perform high intensity exercise for longer than 4 min to 5 min. Research also indicates that L-carnitine supplementation decreases lactic acid accumulation and spares glycogen and therefore plays a role in delaying fatigue. In addition, research has shown that daily L-carnitine consumption prior to high-intensity exercise significantly reduced muscle pain and decreased muscle damage in untrained subjects, indicating that it can help in the recovery process. The protective effects might be partly due to enhancement of oxygen supply to the muscle via increased blood flow.

Ribose
D-ribose (or simply ribose) is a simple, 5-carbon monosaccharide, or pentose sugar. The body uses ribose to regulate the synthesis of adenosine triphosphate (ATP), the primary energy molecule of the cell. ATP is critical for maintaining normal energy-related functions. Ribose also provides the structural backbone of DNA and RNA, certain vitamins, and other important cellular compounds.

Taurine
Taurine is an amino acid that is used in popular beverages such as Red Bull to increase energy. The combination of taurine and caffeine is believed to give energy drink consumers an energy buzz. Some studies suggest that taurine supplementation may improve athletic performance while others suggest that it can help boost metabolism.

Coenzyme Q10
Co-Q10 plays a role in energy and endurance. It is involved in the synthesis of ATP and also functions as an antioxidant. Mizuno et al. (2008) examined the effects of coenzyme Q10 administration on physical fatigue in 17 healthy volunteers. Results showed that oral administration of coenzyme Q10 (300 mg for 8 days) improved subjective fatigue sensation and physical performance during fatigue-inducing workload trials.

Grove, K.A. and Lambert, J.D. 2010. Laboratory, epidemiological, and human intervention studies show that tea (Camellia sinensis) may be useful in the prevention of obesity. The Journal of Nutrition. Published ahead of print Jan. 20. doi: 10.3945/jn.109.115972.