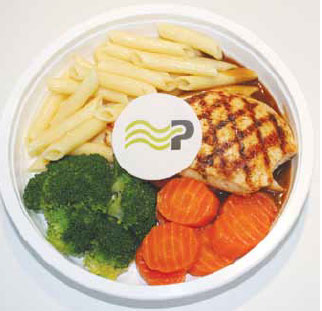 In the confusion that surrounds the universe of microwave heating, perhaps it is better that mainstream consumers are happy to know that their kitchen microwave ovens respond to the button pushing—most of the time, at least—and heat the water for coffee, defrost the frozen entrees, and pop the popcorn. But, from our distant past come the definite messages that microwave energy will greatly expand its range of action and finally be applied to pasteurization and sterilization—pre and post packaging.

Since the original application of radar for heating foods during the 1940s, microwave radiation has been investigated in numerous variations for its potential to assist in food preservation. It is fascinating that during the 1950s while ionizing radiation such as gamma and electron beam were under intense scrutiny, other researchers were scanning the other end of the electromagnetic spectrum for microbicidal effects to complement the seemingly desirable thermal benefits.

But, try as we might, all antibacterial results were demonstrated to come from heat. Rapid heating was effective in destroying enzymes and microorganisms by the same thermodynamic kinetics that employed conduction, convection, and infrared radiation.

But as is well-known in microwave food heating technologies, the application of one of the approved frequencies—2450 MHz—leads to issues of nonuniformity of incident radiation and thus temperature variations that are counter to regulatory and scientific concepts of microbiological destruction that are the foundation of food preservation applying thermal methods. Another challenge is that, because of the rapid temperature increase and paucity of temperature differential from surface to interior of the food mass, it is extremely difficult to raise the internal temperature to that required for microbial spore destruction.

We learned early that enzyme destruction was not impossible, and so a low thermal input microwave blanching could be achieved, but meaningful thermal pasteurization applying only microwave energy was not easy.

Microwave Pasteurization
During the 1960s, efforts to achieve microbiological destruction for pasteurization—reduction in vegetative cells—began in intensity by combining (in hurdle technology) incident microwave energy with internal steam generation and tempering to allow temperature differentials to produce uniform temperatures throughout the food mass.

Not well defined, thermal pasteurization is generally regarded as the destruction of enzyme systems to retard biochemical deteriorations, plus the significant reduction of microorganisms so that the chilled shelf life of the product may be significantly extended over foods that have not been thermally treated. Nonthermal pasteurization technologies such as ultra high pressure may function alone or be combined with mild thermal energy to reduce the total thermal input to achieve other levels of pasteurization. The keys are to reduce the thermal changes in the food to deliver a level of quality not unlike that of fresh or minimally processed.

The efforts during the early period resulted in continuous equipment whose input was—and still is—prepackaged prepared foods such as egg omelets, precooked pastas, airline entrees (when they existed)—which are exposed to microwave energy to generate internal steam. In this process, the packaged food enters a holding period to ensure uniformity of temperature distribution within the heated chamber. As soon as an appropriate, very short heating protocol has been achieved, the packaged hot product enters another section in which cold air flows to chill the food mass temperature for distribution. The resulting product is not sterile and so must be distributed under refrigeration to retard microbiological growth and biochemical change.

By applying 2450 MHz microwave energy in conjunction with external temperature control, pasteurized foods ready for chilled distribution with a shelf life of more than 30 days could be produced in less than 10 minutes—a major advantage over the conventional thermal methods.

During this century, several European companies such as Micropast have complemented the basic heat and cool with active control of oxygen within the sealed package. Each barrier package is sealed with a gas valve that allows the escape of steam together with internal oxygen creating a partial vacuum, that is, a reduced oxygen within the package to reduce biochemical shelf life and reduce the propensity of aerobic microorganisms to grow—even under refrigeration—and extend shelf life even longer; 40 and 50 days are claimed. The microwave pasteurization of foods is alive and well in Europe but hardly known in the United States. According to reports reaching us, however, commercial activity is under way and commercial installations may be expected this year. Is this technology, as simple as it appears, a breakthrough? Ask all those who produce prepared meals for extended shelf life and watch the expiration dates assiduously, or those which prepare such dishes in back rooms or commissaries and discard after one or two days for fear of microbiological safety. We do not know the cost of the food losses but have been told that 10% to 20% are accepted discard rates for back room prepared foods due to multiple handlings, very poor temperature control, and a paucity of uniformity of practices.

Microwave Sterilization
Our initial research at Raytheon during the 1950s demonstrated the ability to destroy enzymes and vegetative spoilage microorganisms, but at that time, not pathogenic spores. Later laboratory research indicated that by placing the food under pressure and thus allowing elevation of temperature during the processing, we could foster elimination of spores and thus permit sterilization. At the time, barrier heat-resistant microwave transparent plastics were scarce to nonexistent. But in Italy, equipment makers drove on to build high pressure vessels with internal temperature control zones plus continuous belts to hold the food packages.

By raising the pressure, the steam generated within the packages could be elevated to thermal sterilization temperatures although it was difficult to prove at the time. Zones of high temperature– high pressure were converted through pressure locks into zones of high pressure– low temperature. And so products not sensitive to oxidation, such as pastas, could be rendered and maintained sterile. This technology actually was the beginning of the chilled pasta business as forward thinkers modified the process to safely fit a chilled distribution channel.

During the 1960s in Sweden, the brilliant Lennart Stenstrom, then of Alfa Laval, conceived of and patented the Multitherm microwave sterilization process. 2450 MHz microwave energy was imparted to microwave transparent "barrier plastic" vacuum packages of food while the packages were being conveyed under pressurized high temperature water. The thin cross section of the package coupled with incident microwave energy to sterilize the contents, and the corners, which often suffered from excess microwave-generated heat, were tempered by being surrounded by the hot water. As in the "dry" chamber methods of previous ventures, the packaged food was conveyed through a lock into cool pressurized water to arrest the process. The results from the fiveto- seven minute total process were fresh-like sterile foods such as whole potatoes, carrots, fish filets, and omelets. Under the auspices of his employer, Stenstrom toured the United States with his technological breakthrough, but once again, package materials and structures suitable for the technology were not in abundance and the process returned to Sweden to languish for another 10 years. During the 1980s, a plant of full size and scale was built centered around the Multitherm process, and a second was started for an English vegetable "canner." Unfortunately, at the time, Alfa Laval was in the process of being sold and Multitherm was shelved in spite of its technical success.

Microwave Assisted Thermal Sterilization (MATS)
Imagine my surprise when Juming Tang—a wunderkind of Washington State University—delivered a paper some years ago describing a water pressurized microwave sterilization system at his university. The Washington State University group elected to apply the "alternative" allowed microwave frequency, 915 MHz, as opposed to mainstream 2450 MHz for their system

The reason to use 915 MHz (longer waves) is to allow them to design a single mode cavity that has adequate size for single-meal foods, yet supports predictable (single-mode) standing waves over the frequency spectrum of microwave power developed by 915 MHz generators. On the other hand, the multi-modes in 2450 MHz (shorter waves) cavities are not stable and are unpredictable.

Supported by the U.S. Army Soldier Systems in Natick, Mass., Washington State University built and tested its microwave sterilization system and received Food and Drug Administration acceptance for a homogeneous food (mashed potatoes in trays) in 2009 and a non-homogeneous food (salmon fillets in sauce in pouches) in 2010. This clears the way for possible commercial application for a wide range of food categories that do not contain more than 2% meat, poultry, or eggs. The researchers have submitted a petition to the U.S. Dept. of Agriculture's Food Safety Inspection Service for its commercial use in production of the foods.

And commercialization is under way. Food Chain Safety, a start-up company that received license of the technology from Washington State University, plans to install the first commercial machine in a food application this year, beginning with a small machine and leading to a full-scale system. Printpack is among the companies supporting this microwave sterilization effort. What a year to contemplate the commercial introduction of sterile, nearly fresh-like foods that are easily microwave reheatable.

Adding Aseptic Processing to the Mix
Remember a few a months ago when we described North Carolina State's inline continuous microwave sterilization of pumpable foods in a tube, i.e., commercialized sweet potato puree? Tomorrow, such foods as sauces, soups, mashed potatoes, and even macaroni and cheese will be processed via microwave sterilization followed by aseptic packaging in institutional- size barrier bags. Have we finally discovered and applied the potential of microwave energy to totally change our food preservation and packaging world?

The tomorrow of microwave heating for food preservation is arriving. In this decade, our ability to apply only that touch of heat for sterilization coupled with greatly reduced internal oxygen for biochemical stability will mean that out of the refrigerator or off the shelf, delicious chef-conjured dishes and meals will be dinner tonight.