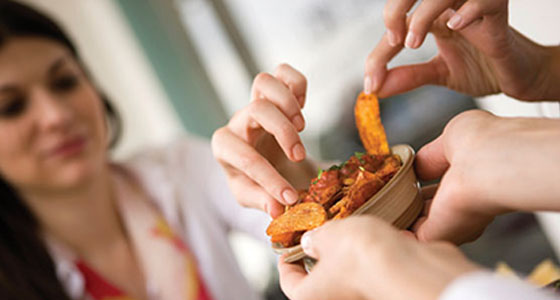 Sweet and savory snacks experienced a 4% current value growth in the United States in 2012, according to research from Euromonitor International (Table1). Such growth is a positive for snack producing companies and the category is expected to see compound annual growth rates (CAGRs) of 2% and 1% in constant value and volume terms, respectively, over the forecast period to exceed $38 billion by 2017.

Key Growth Drivers
Sweet and savory snacks continue to see strong growth rates across nearly all of its various categories, driven by the rapidly expanding trend of eating between meals, especially among Millennials (generally defined as 18-34-year-olds).

Another contributing factor is continued flavor innovation that consistently matches the taste preferences of younger Millennial consumers, who prefer bolder, spicier flavors than their parents. Finally, the ability of new products to position themselves as a healthy or relatively low-calorie option for hunger cravings between meals has proven to be very effective in attracting dieters or other health-conscious consumers.

According to Euromonitor, health-positioned items have returned to the forefront of growth for snack products. New products such as Popchips and Skinny Pop have proven to be incredibly fast growing brands in their respective categories, and both these brands have largely stressed the relative healthiness of their products compared to their competitors. Skinny Pop popcorn strongly positions itself as an incredibly low-calorie snack, while Popchips has long stood by the slogan of “never fried” and “never baked”. 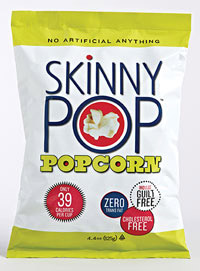 Category Climbers
Jerky is expected to drive sales of other sweet and savory snacks, growing 7% in current value terms and making it one of the fastest growing categories. Meat products have been finding a great deal of success lately due to extremely effective marketing to its core audience, male consumers. In addition, consumers recently began viewing protein as an effective appetite suppressant and energy booster and that has helped jerky market itself as a smart snacking option.

Unit prices continued to rise in 2012, increasing by 3%. Besides the usual trend of rising commodity prices, the category has also continued to move to small pack sizes that better fit the needs of frequent snacking in between regular meals. In addition, new successful products such as Popchips and Skinny Pop have a much higher unit price by weight compared to the rest of their respective categories, which has put further upward pressure on unit prices.

Microwave popcorn accounted for 35% of value sales of total popcorn in 2012, while ready-to-eat popcorn accounts for the remaining share. In volume terms, however, microwave popcorn comprises a much higher percentage of total retail sales as ready-to-eat sells for significantly higher unit prices. This difference in unit pricing became even stiffer in 2012 with the continued growth of healthier ready-to-eat popcorn, like Skinny Pop. However, this increasing difference in unit prices might be offset slightly by the recent release of Orville Redenbacher’s Pop Up Bowl, an innovative new product which is designed to allow the consumer to use the bag as a bowl after cooking it in the microwave. 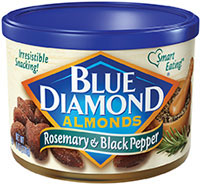 Nuts continue to be a rapidly growing category, with a predicted 7% increase in current value sales in 2012 to reach $3.8 billion. The category has recently been able to capitalize on the growing demand among consumers for guilt-free snacks between meals. As nuts naturally have a high fiber and protein content, companies have been able to easily position their products as the optimal snack for health-conscious consumers. In addition, many nut manufacturers have continued to introduce bold and exotic flavors, which have found growing popularity with Millennial consumers, like Blue Diamond Almonds with rosemary and black pepper.

Euromonitor has observed snack bars and confectionery products continuing to move to varieties more suited to in-between meal snacking, increasing their competition with sweet and savory snacks. Confectionery products have increasingly introduced smaller, single-serve sizes in recent years, such as Hershey’s Rolos to Go, which are meant to be a quick on-the-go indulgence. In addition, the flavor profiles of some chocolates are becoming increasingly savory, such as chocolate tablets with sea salt or beef jerky. Snack bars have been following a similar trend as products such as Special K’s new Fruit Crisps bars can function as breakfast or in-between meal snack.

Competitive Landscape
According to Euromonitor research, variety and unique flavoring appear to be the key to success for many companies. Many younger and older consumers are increasingly demanding variety in their snacks to ensure that snacking does not become boring. Therefore, companies which have attempted to increase or change their flavor offerings have done much better, such as Diamond Foods’ Kettle Chips with its limited re-release of four of its most popular flavors of the past two decades. In addition to variety, many companies have increased the intensity of many of their flavor offerings to attract younger consumers. For example, Frito-Lay released Doritos Dinamita in March 2012, which comes in spicier flavors such as Chile Limon and Nacho Picoso.

PepsiCo Inc.’s Frito-Lay Co. division continues to lead the sweet and savory snacks category, commanding a value share of 42% in 2012. The company remains the leading player in chips/crisps, extruded snacks, tortilla/corn chips, and other sweet and savory snacks and has recently started a push to validate and label some of its own products as gluten-free. In addition, the company continues to leverage the brand equity of its major snack brands in foodservice channels, such as the release of Doritos Locos Tacos at Taco Bell in March 2012.

With the purchase of Pringles from Procter & Gamble, Kellogg Co. has achieved by far the biggest increase in share, moving from less than 1% to nearly 3% in 2012. In 2011, Procter & Gamble was in talks with Diamond Foods to acquire the Pringles brand, but due to an accounting scandal on the part of Diamond Foods the deal was cancelled. Kellogg Co. agreed in February 2012 to purchase Pringles for $2.7 billion. The company felt that Pringles would fit well with its other lines of snacking brands, such as Sunshine Cheez Its and Special K Cracker Chips.

Popchips expanded its product line in August 2012 by introducing popped tortilla chips. The new extruded snack comes in a broad range of flavors and claims to contain half the fat of regular flavored tortilla chips. The new product will likely face strong competition from other flavored tortilla chips, like Doritos, but may be able to benefit from the Popchips name as well as the company’s addition of a new spokesperson, international pop music sensation Katy Perry who is popular among young female consumers. 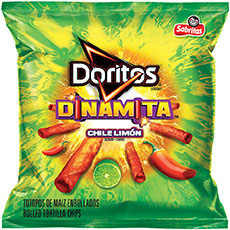 In 2012, Frito-Lay Co. launched a new campaign entitled “Do us a Flavor”. The campaign allows consumers to submit ideas for a new flavor of Lay’s potato chips. Three finalists were chosen and voted on in February 2013. The submitter of the winning flavor (Cheesy Garlic Bread) received $1 million in prize money. Actress Eva Longoria and celebrity Chef Michael Symon were spokespersons for the advertising campaign.

Kraft Foods made some fairly significant changes to the packaging of its Planters peanuts. The company introduced a new plastic bottle in autumn 2011 to replace its traditional glass bottle design. The new bottles boast a host of environmentally-friendly new aspects, such as 100% recyclability as well as reduced packaging size and weight, allowing the company to cut back on shipping costs and reduce its overall carbon footprint.

Relative to packaged foods in general, the penetration of private label products in sweet and savory snacks has been minimal due to a general perception of a quality gap between such products and branded alternatives. However, private label made significant strides during the recession, which drove many consumers to trade down within the category, and it currently holds an overall 8% value share. Although it would be assumed that economic recovery over the forecast period may temper some of these gains, recent improvements to the economy have yet to deter private label, and it is likely that increased value-consciousness among consumers will sustain some interest in private label products.

Looking Ahead
Sweet and savory snacks are projected to record CAGRs of 2% and 1% in constant value and volume terms, respectively, over 2012–2017. With the trend of snacking between meals likely to continue among younger consumers, the category will remain incredibly prevalent in U.S. eating habits. In addition, manufacturers will continue to compete with each other by improving both the flavor and health attributes of many of their brands as consumers now demand both from their snack products.

The category’s performance over 2012–2017 will be in line, or even slightly stronger, than that of the past several years (Table 2). The category was able to consistently find growth in the past due to innovative new flavors and increased demand from consumers for healthy snacks between meals. As Millennial consumers represent the age group driving this demand, it is very likely that the forecast period will be made somewhat brighter by this group becoming more fiscally empowered. This group will also likely desire bold and exotic tasting snacks, which sweet and savory snack manufacturers have historically been capable of matching.

Nuts will likely continue to grow strongly over the forecast period with a constant value CAGR of 4%, reaching sales of $4.5 billion. Euromonitor believes growth will largely continue to stem from health-positioned products, which benefit from being able to incorporate stronger flavoring that young consumers enjoy. In addition, the high protein content of nuts will continue to draw in consumers who see protein as an effective appetite suppressant and energy booster.

Snack bars will likely continue to pose a serious threat to the growth of sweet and savory snacks in the near future. With consumers looking to snack between meals while maintaining a healthy diet, snack bars may become a better overall fit for their needs. Sweet and savory snacks normally have an edge over snack bars in terms of more variety and intensity in their flavor offerings, but new products from snack bars like Kellogg’s Special K Fruit Crisps could threaten that advantage. As such, the snack bar category is currently expected to outperform sweet and savory snacks over the forecast period, achieving a CAGR of 4%.

According to Euromonitor research, prices are very likely to continue to rise over the forecast period. Commodity prices will likely continue to pressure prices upward to some degree. In addition, healthier snacks will continue to drive growth and raise the average price of the sweet and savory snacks category. Finally, consumers will more likely move towards smaller pack sizes and demand more variety in terms of flavor, which will likely further increase overall unit prices.