Research has shown that fatty acids and nutritional oils may benefit cognition, weight management, heart health, eye and brain development, and even mood. As a result, they have jumped into the limelight for these potential benefits, making the inclusion of fats in the diet more appealing. Here is a look at some of these functional fats.

North America has the largest number of dairy launches using omega-3 claims, with nearly 35% of the global total, according to Innova Market Insights, Duiven, the Netherlands (www.innovadatabase.com) (Innova, 2014). In the United States there is rising interest in omega-3-fortified milk, with Innova’s data indicating that nearly 8% of milk launches in the U.S. in the 12 months ending October 2013 featured omega-3 claims. 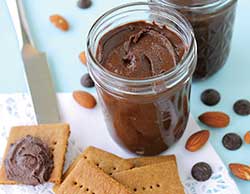 In addition to dairy, there is plenty of room for innovation using omega-3s in products for consumers of all ages. This is in part thanks to the advancements in omega-3 ingredient developments. At the 2014 IFT Food Expo, BASF Nutrition & Health, Florham Park, N.J. (www.newtrition.basf.com), showcased a graham cracker and a chocolate almond butter spread that were both formulated with omega-3 fatty acids. “These were among our most popular prototypes and, in fact, one attendee called them ‘IFT gold,’” says Elsie Jamin-Maguire, Business Manager, Foods & Beverages, at BASF Nutrition & Health.

DSM, Parsippany, N.J. (www.dsm.com/human-nutrition), in 2013 launched life’sOMEGA ™ 60, a high-potency vegetarian DHA and EPA omega-3 oil developed from a sustainable algal source. The ingredient is said to provide all the benefits of life’sDHA ™ with additional EPA, resulting in an ingredient that is a higher-potency, more sustainable alternative to fish and krill oils. DSM’s portfolio also includes life’sDHA and MEG-3 ® fish oil. MEG-3 is sourced from wild-caught, sustainable fisheries that adhere to the strict regulations of government agencies in the Peruvian upwelling region.

PinnoThin functions as a weight management ingredient for its satiety effects. Clinical trials have shown that it can help suppress appetite and promote a feeling of fullness. According to the company, one study showed that within 30–60 minutes after taking a dose of PinnoThin, the release of the satiety hormone cholecystokinin was significantly increased in the blood of the test subjects compared to those who had taken the placebo. The natural metabolites of PinnoThin also significantly increased the release of another satiety hormone, glucagon-like peptide 1, in the blood.

“It’s ideally suited for pre- and post-workout beverages. Young professionals are more likely than other generations to consume milk before or after exercise, making the demographic a great target for health-focused milk products,” continues Jamin-Maguire.

Clarinol ® from Stepan Lipid Nutrition is a patent-protected CLA ingredient derived from safflower. Studies have shown that Clarinol not only helped reduce body fat, but it did so in specific areas of the body where fat loss is most desired without extra dieting or exercise efforts.

According to the company, the results of a six-month clinical trial showed that the reduction in fat mass primarily occurred in the places that improve overall body shape and health the most: the abdomen and, particularly in women, the legs.

Fish Oil
Nutegrity, Irvine, Calif. (www.nutegrity.com), offers OmegaPure ® fish oil, which is high in docosapentaenoic acid (DPA). “DPA is the exciting ‘new’ omega-3 fatty acid,” says April Lewton, Category Director—Lipids at Nutegrity. “DPA has always been ‘around’ but research is increasingly recognizing its significance on human health.” DPA is structurally similar to DHA with 1 less double bond. While not as much scientific work has been done on DPA as on EPA and DHA, it looks like DPA may play a significant additional role when it comes to cardiovascular, neurological, and cognitive health, explains Lewton. For example, she points to the Nurses’ Health Study at Harvard, one of the largest and longest investigations ever conducted, which showed that higher plasma concentrations of DPA were predictive of cardiovascular health. A large, separate epidemiological trial showed that dietary intake of DPA was related to elasticity of the arteries in adults. Nutegrity is vertically integrated, and its OmegaPure fish oil is made entirely in the U.S. 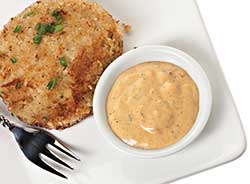 Cargill Inc., Minneapolis, Minn., (www.cargill.com, www.cargillfoods.com/ingrevita), launched IngreVita™, an omega-3 oil blend, during the 2014 IFT Food Expo and showcased it in a remou-lade prototype. It is a low-cost and easy-to-use ingredient that can help food manufacturers boost the nutritional benefits of their products. IngreVita, a blend of high oleic canola oil, fish oil, and proprietary antioxidants, delivers EPA and DHA. Because handling of the product is similar to canola oil, it is easy to use. It offers good shelf stability and does not introduce off-flavors.

Canola Oil
Jenkins et al. (2014) showed that a canola oil–enriched, low-glycemic-load diet improved glycemic control in type 2 diabetics, particularly in participants with raised systolic blood pressure. The research was presented at the June 2014 American Diabetes Association Scientific Sessions (CanolaInfo, 2014). In the randomized controlled trial, 141 subjects with type 2 diabetes who were taking drugs to control blood glucose were given either an experimental or control diet for three months. The experimental diet was low glycemic index and higher in fat, including bread made with canola oil (31 g of oil per person per day). The control diet was healthy, low-fat, and high-fiber, emphasizing whole wheat foods. The results showed that those who consumed the diet higher in canola oil improved blood glucose control.

Coconut Oil
Coconut oil is popular among consumers today. Although research on coconut oil is not as prevalent as research on other oils such as olive and fish oil, coconut oil is thought to aid in areas such as energy, skin health, and dental health. It is rich in medium-chain triglycerides (MCTs) and lauric acid, which are both thought to contribute to its reported benefits.

Cognate Nutritionals Inc., Bloomfield, Conn. (www.fuelforthought.co), offers Fuel For Thought, an extra-virgin coconut oil beverage fortified with MCTs. It is currently being used in a clinical trial assessing the benefits of coconut oil in subjects with mild-to-moderate Alzheimer’s disease at the Byrd Alzheimer’s Institute in Tampa, Fla. The trial began in 2013. Fuel For Thought has been shown to raise ketone levels significantly enough to enhance brain function, including memory, clarity, and cognition. Each 1.25-oz serving of Fuel For Thought delivers 2.5 times the benefits of three tablespoons of pure coconut oil.

www.ift.org
Members Only: Read more about fatty acids and nutritional oils online at www.ift.org. Type the keywords into our search box at the upper right side of our home page.

The Dawn of the Food Packaging Value Chain August 1, 2020