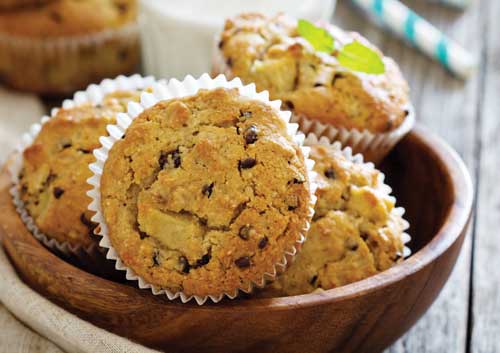 Blood sugar level is important for more than just those concerned with prediabetes and diabetes. Athletes and those watching their weight are also increasingly aware of how foods and beverages affect their blood sugar and ultimately their energy levels and weight.

Almost half of U.S. consumers are explicitly concerned about large peaks and drops in their blood glucose levels. Two-thirds of them are influenced in their food choice by products that promise a more balanced delivery of energy, while more than half of this group is searching for products that can help to prevent diabetes (BENEO, 2014a). Here is a look at some of the ingredients that can be used in food and beverages to help consumers manage their blood sugar levels.

Dietary Fiber
Dietary fiber can be beneficial because it does not result in a high spike in blood sugar levels after consumption. Fibers such as resistant starch, polydextrose, inulin, and digestion-resistant maltodextrin have been shown to help manage blood sugar.

Resistant starch, which avoids digestion in the small intestine, is known for its benefits in weight management and digestive health. HI-MAIZE ® high amylose resistant starch from Ingredion Inc., Westchester, Ill. (www.ingredion.com), has been shown to help improve insulin sensitivity in women (Ingredion, 2014). HI-MAIZE is made from a proprietary high amylose corn hybrid. It contains approximately 40% digestible (glycemic) starch and 60% resistant starch.

The study was a randomized, placebo-controlled, double-blind crossover design. HI-MAIZE 260 corn starch was formulated into snack foods and tested at two doses: 15 g and 30 g of resistant starch per day. An isocaloric snack formulated with a highly digestible waxy corn starch served as a control. The subjects, consisting of 43 healthy normal-weight and obese premenopausal and post-menopausal women aged 22 years to 68 years, consumed the snack foods for four-week intervals with a four-week washout period between the three test periods. The results showed that consuming HI-MAIZE improved insulin sensitivity in the combined group of premenopausal and post-menopausal women. Baseline insulin sensitivity and waist circumference affected the response. A subset of women with unusually high insulin sensitivity was identified; no improvement was found in this subgroup. For the remainder of the women, a 26% improvement in insulin sensitivity was found after consuming the snacks containing 30 g of resistant starch compared to the snacks containing no resistant starch. The effects were also affected by waist circumference, with greater improvements noted in women with larger waists.

Past research has also shown that foods containing HI-MAIZE cause a smaller rise in blood sugar. In addition, HI-MAIZE helps the body to properly use the insulin it produces to maintain healthy blood sugar levels and lower the glycemic impact of the next meal, whether that meal occurs 3–4 hours later or 10–14 hours later, according to the company. 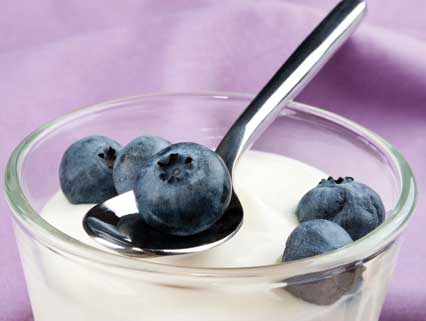 Polydextrose is a low-calorie polymer of glucose. Recognized as fiber, it has a low glycemic effect. It is only partially metabolized in the body and contributes only 1 calorie per gram to food and beverage products. Litesse ® polydextrose ingredients from DuPont Nutrition & Health, Terre Haute, Ind. (www.dupont.com), elicit very low glycemic responses, ranging from just 4 to 7, compared to glucose at 100. They can be used to replace high glycemic carbohydrates in product formulations, thus reducing the overall glycemic load.

A digestion-resistant maltodextrin, Fibersol ®-2 from ADM/Matsutani LLC, Decatur, Ill. (www.fibersol.com), is a low viscosity soluble dietary fiber that clinical research has indicated helps support or maintain intestinal regularity. Studies show that when taken with a meal, Fibersol-2 may attenuate the rise in serum glucose following the meal. According to company information, the ingredient has the potential to reduce peak postprandial blood glucose and insulin levels that are within the normal range in healthy individuals.

Slowly Digested Carbohydrates
Slowly digested carbohydrates are metabolized more slowly, resulting in a gradual increase in blood sugar rather than a spike in levels.

BENEO featured its isomaltulose in novel product concepts during the 2014 Health Ingredients Europe event. Palatinose™ is a disaccharide with a glucose and a fructose unit linked by an alpha-1,6-glycosidic bond that takes more time to be metabolized. The company featured Power Chews, which incorporated Palatinose to lower sucrose levels and achieve a slower rise in blood glucose. Velvety Yo-fruit Sips contained Palatinose and Orafti ®Synergy1 (oligofructose-enriched inulin). The fruit-flavored yogurt drink was low glycemic and a good source of fiber.

Palatinose is fully available in the small intestine but is slowly hydrolyzed by the enzymes in the small intestine, specifically, 4–5 times more slowly, leading to a low glycemic response which, in turn, leads to lower insulin levels. It provides glucose— the body’s preferred energy source—in a balanced and longer-lasting way. In 2011, the European Food Safety Authority published a positive opinion that isomaltulose was effective at reducing the post-prandial glycemic response of foods when it is substituted for high glycemic sugars.

Sucromalt has a lower glycemic response than glucose and is 70% as sweet as sugar. Xtend ® sucromalt from Cargill, Minneapolis, Minn. (www.cargill.com), is completely digestible carbohydrate syrup that contains 4 kcal/g. It is produced using a proprietary enzymatic process that converts sucrose and maltose into a carbohydrate mixture.

Sucromalt is fully digested and absorbed in the small intestine in healthy adults and children. An exploratory study of ileostomy subjects, a breath hydrogen study, and a gastrointestinal tolerance study showed that sucromalt is well tolerated, and that it was almost completely absorbed in the small intestine within 12 hours of ingestion. Xtend ® sucromalt is a great fit for formulations offering a steady source of fuel and lower sugar content.

Cinnamon
Cinnamon has been shown to affect blood glucose levels. Allen et al. (2013) conducted a systematic review and meta-analysis of randomized controlled trials evaluating cinnamon’s effect on glycemia and lipid levels. Included trials evaluated cinnamon compared with a control in subjects with type 2 diabetes. The consumption of cinnamon was associated with a statistically significant decrease in levels of fasting plasma glucose, total cholesterol, low density lipoprotein cholesterol, and triglyceride levels, and an increase in high density lipoprotein cholesterol levels; however, no significant effect on hemoglobin A1c was found. In a separate meta-analysis, Davis and Yokoyama (2011) reported that cinnamon intake, either as whole cinnamon or as cinnamon extract, resulted in a statistically significant lowering in fasting blood glucose in subjects with type 2 diabetes or prediabetes. 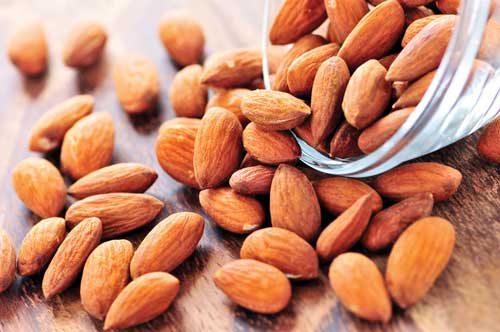 Almonds
Almonds contain nutrients such as fiber, which may help in maintaining blood glucose levels. A study published in the Journal of the American College of Nutrition demonstrated that consuming an American Diabetes Association (ADA)–recommended diet where 20% of total calorie intake came from almonds (approximately 2 oz/day) helped improve insulin sensitivity in individuals with prediabetes (Almond Board of California, 2010; Wien et al., 2010). Sixty-five adult subjects with prediabetes participated in the study, which consisted of 16 weeks of dietary modification featuring the ADA diet of 20% of energy from almonds. The subjects who consumed the almond-enriched diet exhibited greater reductions in insulin and clinically significant declines in low-density lipoprotein cholesterol.

Molasses Extract
In June 2014, PLT Health Solutions Inc., Morristown, N.J. (www.plthealth.com), and Horizon Science, Braeside, Australia (www.horizonscience.com), announced the launch of Benecarb® Glycemic Balance Complex in North America. The ingredient, based on molasses phytonutrients, can reduce the glycemic impact of a broad range of everyday foods and beverages, with particular advantages in carbohydrate-rich formulations. High in natural antioxidants, minerals, and polyphenols, Benecarb has been clinically shown to reduce the glycemic index of foods and beverages by up to 20% at addition levels of 4% to 6% of total carbohydrate content. These low use levels correspond to a low impact on the organoleptic properties of food and beverage formulations and contribute to cost-effectiveness in use.

Benecarb Glycemic Balance Complex, developed by Horizon Science, is derived from sugarcane molasses, contains high levels of natural antioxidants and polyphenols, and is rich in minerals. It is the synergistic effect of these micronutrients and plant bioactives that is thought to be the source of Benecarb ’s sugar-controlling capabilities.

A series of studies featuring seven carbohydrate-rich foods was conducted to measure Benecarb ’s role in reducing glycemic index. The studies showed that Benecarb reduced glycemic index in all seven food applications by 8% to 20%. The percentage of reduction was shown to be dose-dependent and directly proportional to the amount of Benecarb added as a percentage of available carbohydrate. Just as importantly, it was shown that Benecarb reduced postprandial glucose and insulin response.

www.ift.org
Members Only: Read more about ingredients that can help manage blood sugar levels online at www.ift.org. Type the keywords into the search box at the upper right side of the home page.