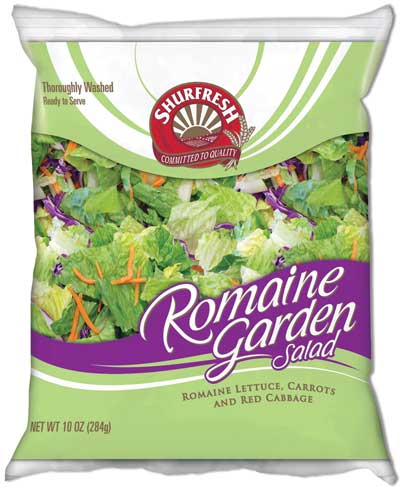 The fact that flexible structures can be a foundation of food preservation with very low mass is highly appealing to those concerned with environmental sustainability. Historically, flexible packaging was constructed from paper and thin tin and now aluminum foil, more recently supplanted with vacuum-deposited aluminum and cellophane, a cellulose- based transparent material that still seems to be synonymous with flexible plastic. Today, flexible packaging is largely plastic: polyethylene, oriented polypropylene, polyester, and the oxygen barriers ethylene vinyl alcohol and polyvinylidene chloride. And now there is the dilemma of plastic films alone and in concert with other materials as the basis for keeping out microbiological contaminants and controlling moisture and oxygen while being accused of desecrating the environment.

Relatively simple and inexpensive flexible structures such as low-density polyethylene films are so protective against the hostile natural environments of water, water vapor, oxygen, and so on that they have become the basics for reducing food waste during distribution. Massive quantities of agricultural raw materials in developing countries are lost unless partially or wholly covered with these films. Minimally processed foods fall into the same classification: protection from the natural environment is indispensable. Even today’s increasingly popular local farm product would not be converted to waste with judicious application of flexible packaging. Those who disbelieve the power of packaging to protect might visit the local farmers’ markets at the conclusion of a day’s transactions to witness massive losses. The contradictions of ill-informed perceptions and reality in the realm of food protection are enormous.

Oxygen Barrier Packaging
The removal of oxygen from food contents and subsequent protection against further ingress of air is now being enhanced by application of glass coatings and nanomaterials incorporated into flexible structures, both of which lead to microoxygen, a family of technologies that obviate quality loss and enzymatic and microbiological spoilage. And scientists have commercially down-gauged flexible packaging to a mere whisper of early materials such as cellophane.

On previous occasions, I have noted in this column the rebirth of controlled atmosphere preservation of fresh seafood, applying principles of very low oxygen plus high carbon dioxide integrated with temperature control. While fuel cells are one basis for oxygen control for both BluWrap (www.bluwrap.com) and Sustainably Fresh Systems (www.sustainablyfreshfoods.com) to achieve multiple weeks of chilled shelf life, one often overlooked element is oxygen barrier plastic film surrounding fillets. Since fresh and minimally processed foods can be commercially distributed using these technologies, it follows that a wide range of perishable foods will soon be employing them to reduce waste and maintain safety and quality. We should note that the several technologies offered employ barrier plastic films to help minimize oxygen while other flexible materials perform the reverse: They allow tiny quantities of air to protect against anaerobic respiration.

Active Packaging
Highly publicized are the many iterations of active packaging, which is the integration of components into flexible materials to overtly achieve a beneficial effect to prolong the shelf life of contained food. Oxygen scavenging is well-known, but it does not provide near-total removal of oxygen from the proximity of food. The next most interesting active packaging is antimicrobial, which incorporates materials that retard the growth of microorganisms or even destroy them. Silver salts are intended to obviate further microbiological activity, but other chemicals such as chlorine dioxide precursors and allyl isothiocyanate have also proven to be effective. The issue has been the adverse secondary effects such as the strong odor from allyl isothiocyanate or the selective effects of silver salts. Simultaneously, the notion that many natural materials such as spices, seasonings, and plant derivatives are antimicrobial has led to the experimental applications of such to protect foods. Regardless of how antimicrobial these compounds are, the secondary effects often counter the desired intent.

Biologically Based Flexible Materials
Screeching headlines speak of the sourcing of plastic films from petroleum and natural gas, a no-no to vocal advocates of planetary preservation. (The fact that natural gas is the most used source is often overlooked as is the fact that packaging plastic comprises less than 1% of total petrochemical consumption.) When biochemists developed sugar, corn, grass, or human waste as raw materials to ferment into ethyl alcohol (a chemical with many commercial uses), advocates of sustainability leaped on the opportunity. In addition to its use as a beverage and an antiseptic, ethyl alcohol is a fuel for transport vehicles and can be converted into polyethylene, a package material used extensively for both semi-rigid and flexible packaging.

With corn- and sugarcane-based plastics being used for manufacture of polyester for carbonated beverage and water bottles, can polyethylene and polypropylene be far behind? Whether the net economics and sustainable environment can be justified by fermentation technologies is an issue that must be addressed. But if the perception of fermentation ethanol being the solution to sustainability is viable, then so be it. One must not forget that the low mass of protective plastic packaging significantly reduces the transport costs of contained food and that reverting to the good old days of cans, glass, and corrugated fiberboard would be costly.

Heat Sealing
Creating hermetically sealed flexible packages has been an onerous task if for no reason other than closure has been an empirical operation. Recently, however, the application of ultrasonic energy to precisely melt the plastic to fuse into a hermetic structure has proven to almost eliminate leaks and contaminations. Ultrasonic mechanisms are relatively expensive but eventually pay for themselves. The idea of converting thousands of current packaging machines from impulse and resistance heating is daunting. But the notion that flexible packaging equipment from this time forward would incorporate ultrasonic sealers is heartening. Consider the relatively slow commercial growth of retort pouches for low acid foods; this is in part due to concerns about seal reliability. New technologies to ensure hermetic sealing would constitute a major advance for these long awaited food packaging technologies.

Shapes and Sizes
More than 30 years ago, the stand-up flexible pouch made its commercial debut to what was then an overtly resistant audience of food packagers. A few applications for olives and raisins could be found, but the concept of many meters of heat seals that could be compromised deterred any realistic commercialization. But in this century, the development of preformed pouch manufacturing equipment coupled with stand-up pouch packaging machinery sparked a transition for retort pouches, precooked rice, seafood, and the burst of form/fill/seal stand-up pouch equipment that offered lower cost pouches. Less than a decade later, most new flexible packaging operations target stand-up for convenience for retailers and consumers. It is an amazing story that has transformed flat pillow pouches into stand up with easy open and re-closable features. The reason for this is consumer enthusiasm even though the structures use a bit more material and are a bit more costly.

Ampac (www.ampac.com) has resurrected the classical tetrahedral shape in its E-Z SnackPak™ aimed at the dry snack market. Mondi Americas (www.mondigroup.com) has developed a square bag capable of holding large volumes of food. And following on the trail of these pouches have been the spouted pouches (which usually are stand-up) used for beverages, purees, baby foods, soups, ketchup, and a host of other foods. This concept has been commercial in Europe and the Far East for decades, but only with importation of finished packages and rapid acceptance by consumers has it rocketed into shelf prominence with hot fill and aseptic for high acid foods and, soon, retort spouted packages. And Skinnypack™ is a new version of insert injection molding from Canada’s IPL (www.ipl-plastics.com) in which a plastic frame is injection molded and a flexible film is inserted to adhere to the skeleton and form the body of a container such as a tray or cup.

The Future for Flexible Packaging
Flexible packaging was launched a long time ago with the intent of reducing distribution costs. Despite not having functional structures, the strategy persisted with beverages hot filled and then aseptically filled, with snacks and confections, and then retort pouches. Suppliers provided barrier and toughness, sealability, and flexibility so that today there is a growing arsenal of flexible packaging technologies that are consumer-friendly and highly functional. Flexible packaging has come a long way economically and environmentally.