Chef Dan Barber’s respect for farming led him to open up Blue Hill restaurant in New York City in 2000 and, four years later, Blue Hill at Stone Barns in Pocantico Hills, N.Y. With access to Stone Barns’ farm, Barber was able to develop his signature approach to close-to-the-land cooking married to agriculture and stewardship of the earth. Barber believes modern agriculture has become more about high yields than flavor and nutrition. Enter Michael Mazourek, assistant professor in Plant Breeding Genetics at Cornell Univ. Barber and Mazourek have spent the past 10 years working together to develop new organic crop varieties that emphasize flavor. 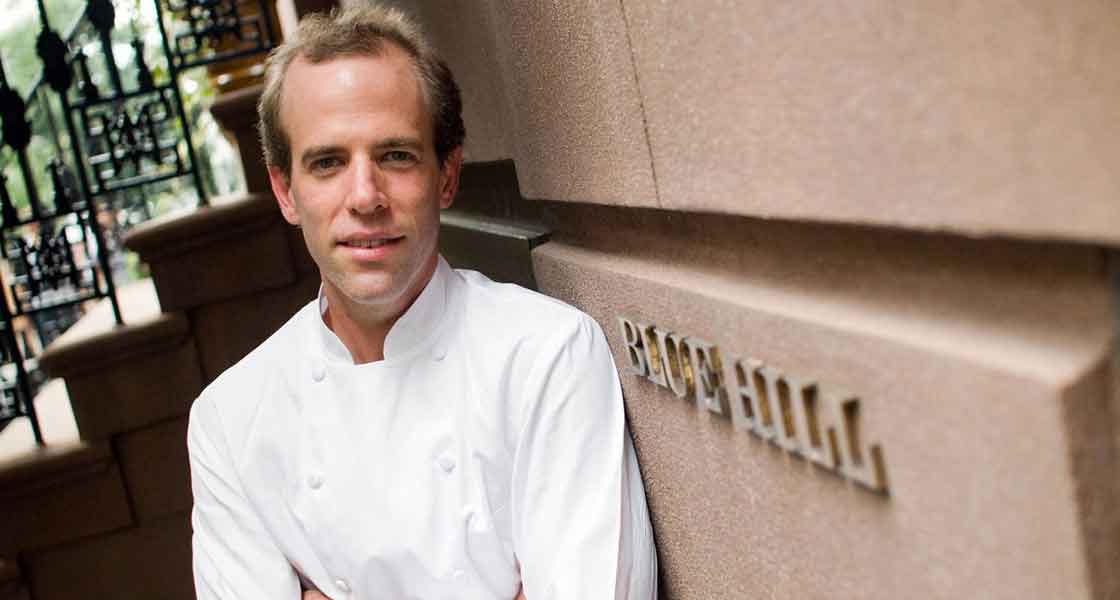 Kelly Hensel: How did the working relationship between you two start?

Dan Barber: The inspiration came when Jack Algiere, the Four Season Farm Director at Stone Barns Center, invited a group of Cornell plant breeders to the farm. After dinner I held up a butternut squash and, half-jokingly, asked Michael if he couldn’t shrink it down to get a more intense, delicious squash flavor. I actually said that: “Can you shrink this thing?” And then he looked at me, and I’ll never forget what he said. “It’s a funny thing, or maybe a tragic/funny thing,” he said, “but in all my years breeding new varieties—after maybe tens of thousands of trials—no one has ever asked me to breed for flavor. Not one person.” That, to me, was a wake-up call, and it’s where our collaboration really began.

Michael Mazourek: Plant breeders are aware of the incredible diversity—way beyond what you can see in the market—that is available in plants. What Dan is really doing is celebrating a lot of that diversity. He has kind of freed me to be an artist in a way. When he asked me what I could make that’s delicious, I thought, “Finally, someone has asked.” 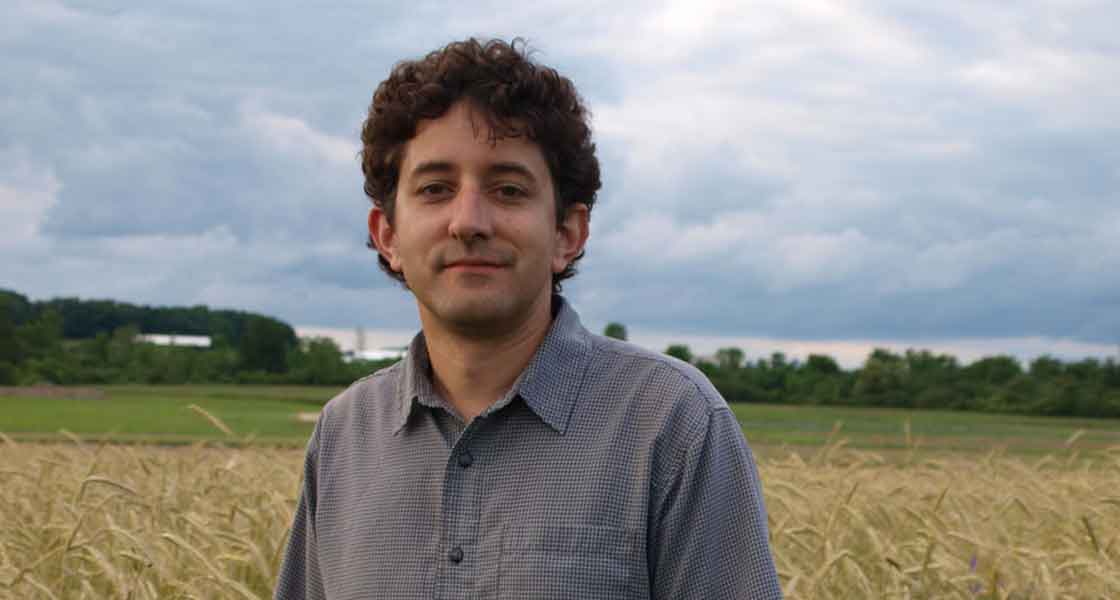 Mazourek: Sometimes the chefs go through the fields with us so we can show them what we think may have potential or what is interesting. Then we can have discussions about what they can do with it, how it might fit, or what might need to be changed. And sometimes—which is equally or more exciting—they come to me with challenges when trying a certain preparation or presentation. They really want to create a vegetable that fits with that presentation.

With their multi-course farm-to-table tasting menu, one of the challenges is how to be able to sample many small things that can still connect the diner to the plant that it came from. That’s one of the reasons we do some smaller vegetables to fit into that sort of dining experience. 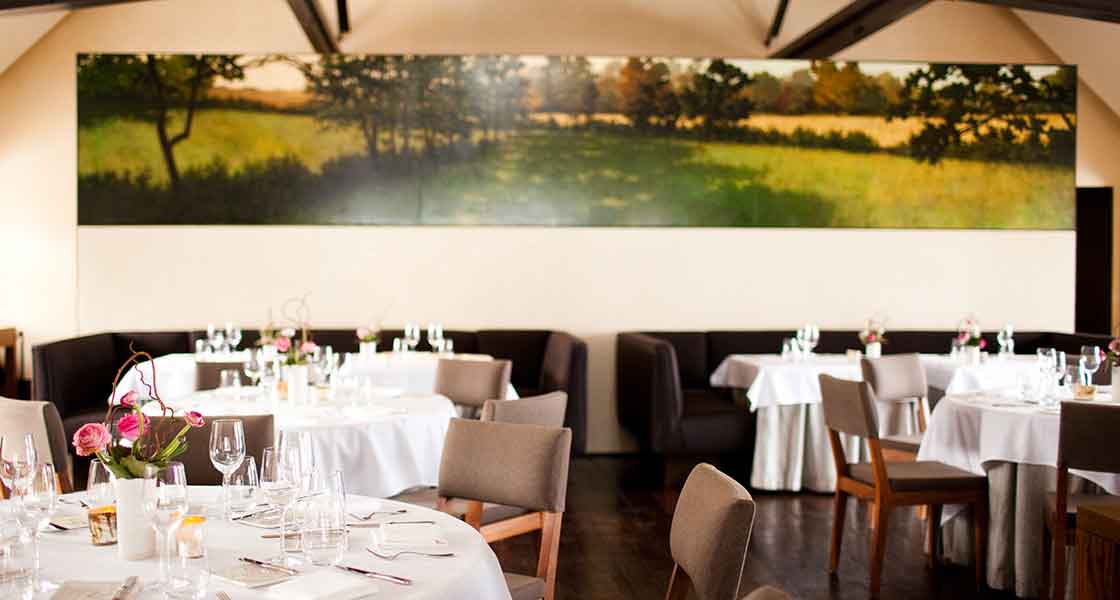 Barber: I think it’s important to distinguish our collaboration process from a simple taste test—“Which of these varieties do you like the most?” That kind of evaluation plays a role, of course, but much more exciting is the ability to direct Michael’s breeding efforts earlier in the process: challenging him to target specific characteristics, whether it is a butternut squash with more concentrated flavor, or an acorn squash with hull-less seeds.

Mazourek: For example, one of the things that they’re pioneering is vegetable steaks. Chef Barber came to me saying he wanted to do a squash steak but was having trouble getting a squash that would go through the technique they wanted and still have the right flavor, texture, and color to make it be similar to a “steak.” We recently had our first breakthrough on that project—we went through a lot of squash and finally hit on one.

Barber: We’re looking for a squash that can be cut into lengthwise slices and cooked at high temperatures. Think of it like searing a steak.

Hensel: Michael, how long can it take for you to decide that a breed is “finished”? What does that mean?

Mazourek: “Finished” means that there’s a variety that will perform as you intended for every farmer that grows it. It has to be really consistent. You don’t want to have a new product, unveil it, distribute it broadly, and have it only work for some of the customers. We don’t want the growers to lose their farm over something that’s still a mixed bag of different things. With Blue Hill and Stone Barns we can focus on the best of what we have in that kind of mixed bag, and we can get it to them to sample. They are helping us upstream the process by getting things before they are really appropriate for a wider audience. 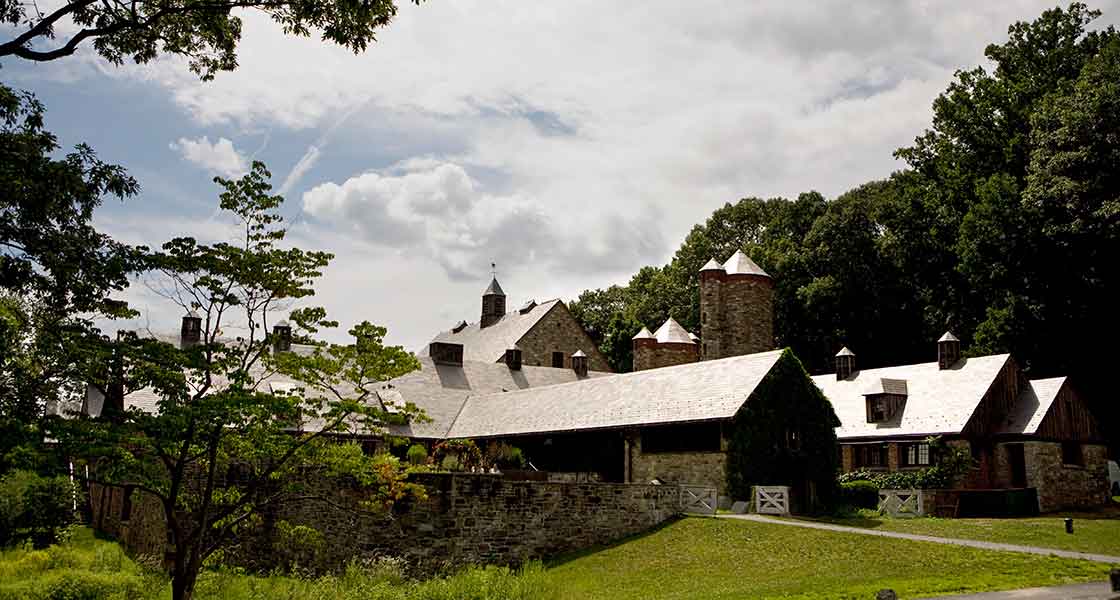 Hensel: Chef Barber, what’s your philosophy on food? How is your work with Michael moving that forward?

Barber: In order to meet the challenges of the future, we’re going to need to marry new, locally adapted varieties with forward-thinking, integrated farming systems. After all, you can’t have one without the other. The best plant breeders understand that the conditions a plant is grown in are just as important as its genetics. If the soil isn’t healthy and well managed, even the greatest genetics won’t be expressed. Our plant breeding, our farming, and our cooking will all need to take shape around very particular landscapes.

Hensel: Michael, what methods are you using to create new varieties? Does everything you develop meet organic standards?

Mazourek: Sometimes we just have a diverse population and the bees pollinate them and we just save the seeds from the best fruit. Other times, when we want to make specific crosses, it's just a matter of painting the pollen from one flower of one squash to another flower of another squash, just like you would with a paintbrush. But so all our approaches have been—and always will be—consistent with organic practices. We don’t do any of the transgenics, but we’re still scientists, and we are always exploring new approaches. In fact, we are actually doing crude genome sequences of most of the plants we have in the field. We’re actually tracking 3,000–30,000 different genes in the plants. We are also looking at the wild species and all the seed banks, and sequencing through those to look. In doing this, we are looking for relationships so that we have something more to go on than just growing the plant to discover things that might be unique about it. And in the process, as we are evolving new plants, we can track what’s changing through the sequencing. 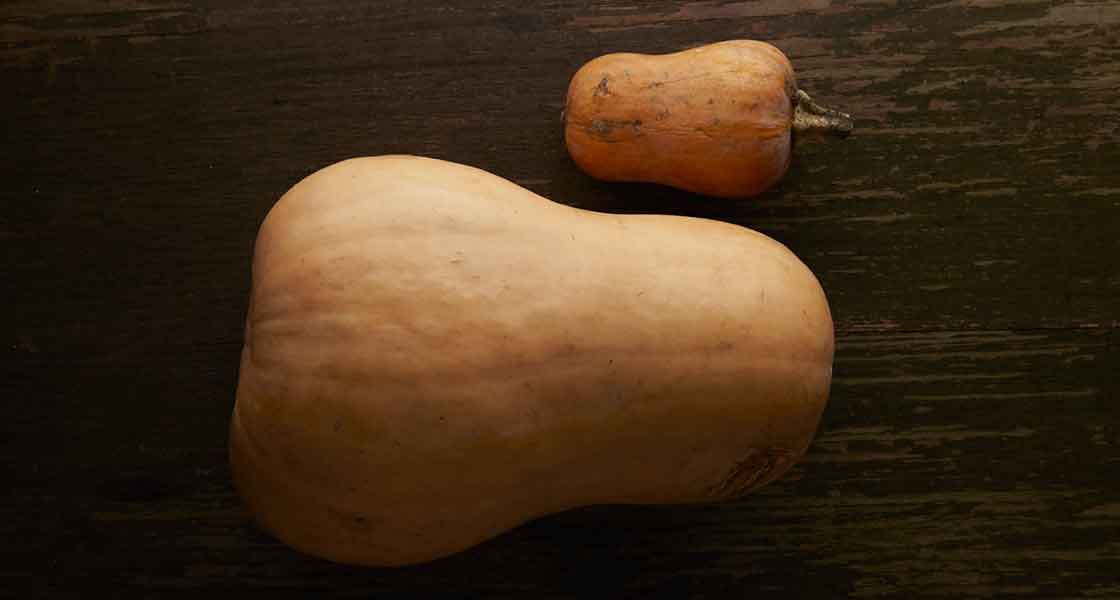 Hensel: So what is your opinion on transgenic crops and GMOs?

Mazourek: I think that most transgenic crops are created to address some of the symptoms of the large scale, monoculture, continuous cropping approaches. If you’re going to grow corn on a massive field every year, there are going to be problems that creep up. And a lot of the transgenic crops that have arisen are new tools to be able to continue those methods.

So rather than really looking at what could we do differently to make the system more robust, we keep trying to address the symptoms. For example, the Roundup Ready [Monsanto]—gave farmers the ability to spray an herbicide right over the corn crop and it was really convenient for them for many years. But now there are different weeds that are starting to be resistant. I think we need a new intervention.

Whenever someone is going to make a new transgenic crop, they are taking a plant that is exceptional and they’re adding a new feature [gene]. All transgenic crops start out as a conventionally-bred plant plants to which they are adding a new feature. Actually, the first 90% of their process looks really similar to my whole process. It’s just that last step is different. You have to have really good robust plants at the beginning for both methods.

Hensel: What characteristics are you both looking for in the vegetable varieties?

Barber: Functionality plays as much, if not more of a role than flavor. We talk to Michael about the ingredients’ applications—specific techniques and presentations we use in the restaurant—and he tries to create a squash that works within those contexts.

Mazourek: I think the common theme in everything we have worked on together is that the product has to be more than delicious. It has to be delicious, but there’s always something else there that tells a story. Dan’s work as a chef and author influences diners and the public about sustainable eating and its impact on agriculture. Within the experience of eating something really delicious and unique, the waiters at Blue Hill are really teachers—they are able to share with diners how the dish’s components fit into the greater agricultural system. I’m not just making new varieties, I’m telling stories. That’s the great opportunity and the challenge—to be able to create something that does both. And the need for something that does both.

Hensel: Chef, what’s your philosophy on food? How is your work with Mazourek moving that forward?

Barber: In order to meet the challenges of the future, we’re going to need to marry new, locally adapted varieties with forward-thinking, integrated farming systems. After all, you can’t have one without the other. The best plant breeders understand that the conditions a plant is grown in are just as important as its genetics. If the soil isn’t healthy and well managed, even the greatest genetics won’t be expressed. Our plant breeding, our farming, and our cooking will all need to take shape around very particular landscapes.

Hensel: Chef, you are very involved in food and agriculture policy. In your opinion, what about U.S. ag policy needs to change?

Barber: I’m only a chef, but if I had a chance to delve into politics, I’d say more attention needs to be paid to our land-grant universities. For many years, they provided the infrastructure to support regional agricultural research, outreach, and plant breeding. That mission—particularly the plant breeding component—has pretty much been turned on its head due to a lack of government funding. Most public plant breeders today receive the majority of their funding from agribusiness, which means they are breeding for yield and uniformity rather than locality, flavor, or nutrition.

Breeders are architects, and seeds, are the blueprints for the farming system. Even before farmers actually farm and choose their varieties, the seed sets the foundation for the entire system. If yield and uniformity are the determining factors, then the system, from field to distributor to marketplace, pretty much falls into place. Our hope is that, in collaborating with people like Michael, we can change the conversation, and help curate the future of good eating. 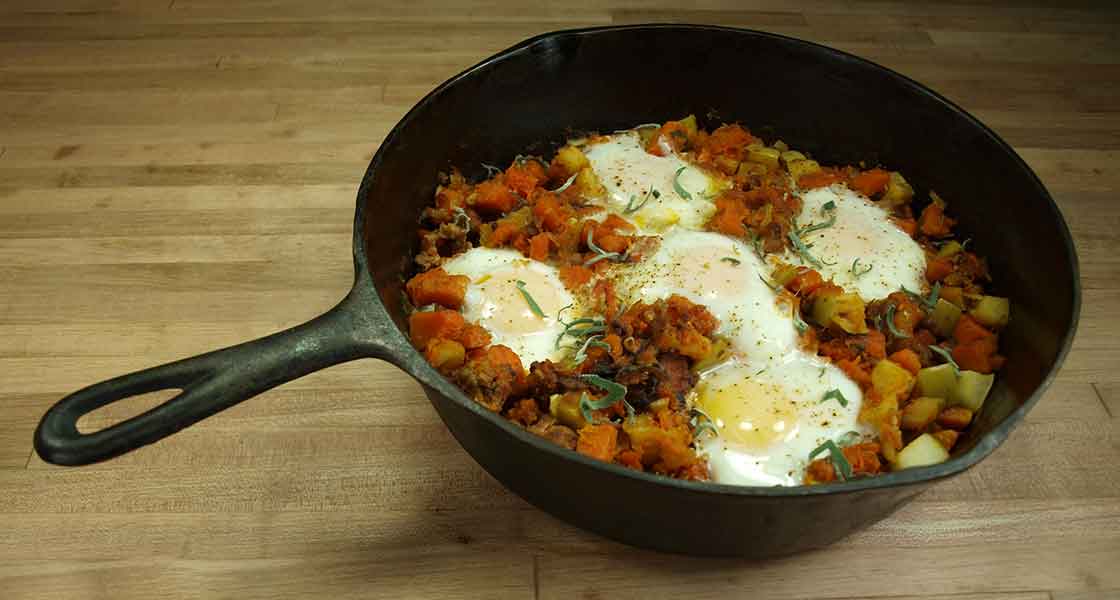 I like this recipe because it takes ingredients that are in abundance in the fall and winter and usually used with sweet flavors and remixes them in a one pan, savory harvest medley of squash and apples. It captures the rich color and darker flavors of Honeynut that make it really work as a hash compared to other squash. It was a regular team meal as we were sorting squash out of storage this winter. —Michael Mazourek