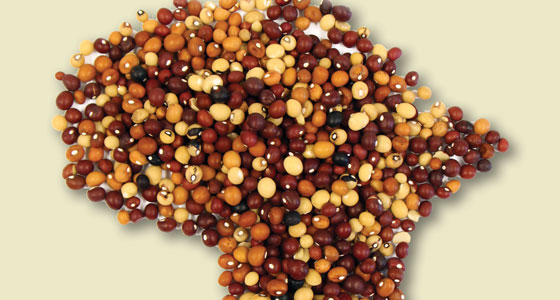 African consumers are demanding new food products that have health benefits coupled with the apparent increasing need for convenience food on the continent. Underutilized food crops prevalent on the continent are loaded with healthy nutritional components (Jideani and Murevanhema 2013; Jideani and Diedericks 2013). One such crop is Bambara groundnut (BGN) (Vigna subterrenea). BGN is an indigenous African crop that is grown as food across the continent (Atiku et al. 2004) as well as in Indonesia, Malaysia, and Sri Lanka (Eltayeb et al. 2011). BGN is a popular crop because of its resistance to drought and pests and its ability to produce a reasonable crop when grown on poor soils. It has long storage life (Amarteifio and Moholo 1998), a much desired property in the face of global warming.

Whole BGNs are edible seeds of the BGN plant, a legume from the family Fabaceae. They are a low-fat source of protein. BGN is highly nutritious and its seed contains about 49–63.5% carbohydrate, 15–25% protein, 4.5–7.4% fat, 5.2–6.4% fiber, 3.2–4.4% ash, and 2% mineral (Amarteifio and Moholo 1998). BGN is a good source of fiber, calcium, iron, and potassium and unusually high in methionine, an essential sulphur-containing amino acid. The essential amino acid of BGN is comparable to that of soybeans in lysine, methionine, and cysteine (Omoikhoje 2008). Due to BGN’s rich nutritional profile, it has been referred to as “a native solution to Africa’s food crisis” (Stone et al. 2008).

There are seven BGN varieties in terms of color, namely black, red, cream/black-eye, cream/brown-eye, cream/no-eye, speckled/flecked/spotted, and brown (DPP 2011) (Figure 1). Usually, the seeds are mixed when purchased. In our studies we separated them into four varieties based on the seed and eye color, namely black-eye, brown-eye, red, and brown (Figure 1). Our objective is to describe our efforts in harnessing the rich nutritional profile of BGN into valued-added products that will effectively contribute to food security in South Africa and Africa at large.

Indigenous Knowledge
Indigenous knowledge (IK) is the local knowledge unique to a given culture or society. Much IK associates BGN with some medicinal values (Figure 2). These include leaf preparations applied to abscesses and infected wounds; sap from Bambara leaves applied to eyes to treat epilepsy; roots consumed as an aphrodisiac; and pounded seeds mixed with water and used to treat cataracts.

Pale et al. (1997) identified 3-β-O-monoglucoside of cyanidin, petunidin, and malvidin from the pigmented seed coat of BGN seeds. Antioxidants from nuts are reported to be generally localized in the seed coat with lower amounts in the cotyledons. Perhaps the bioactive content of BGN may explain some medicinal uses of BGN reported in some countries (Goli et al. 1997; Mkandawire 2007; NRC 1996; Swanevelder 1998; Pale et al. 1997). Despite BGN’s rich nutritional profile, it has not made it to the national food basket or the international one. Our objective was to establish the potential of BGN as a source of food and nutrition for food security using network analysis.

Network analysis is a branch of graph theory that aims to describe the quantitative properties of networks’ interconnected entities by means of mathematical tools. Literature information on the uses of BGN were obtained and described as a set of interconnected objects, which were analyzed using NodeXL software package and the Harel-Koren Fast Multiscale algorithm. The BGN network consisted of 33 nodes and 58 edges. The usefulness of BGN was more targeted to functional food and therapeutic uses as determined by high in-degree for functional (Goli et al. 1997) and therapeutic use (Mkandawire 2007). The functional and therapeutic uses of BGN were from the BGN seeds and its flour with out-degree 11 and 8, respectively.

Centrality helps to determine the key players or most prominent member of a network. BGN seeds, flour, therapeutic value, functional food value, and its protein content control the value of BGN with 443.8, 257.2, 278.6, 198, and 141.8 betweenness centrality (Figure 2), respectively. Hence, value-added products from BGN seeds and its flour will provide functional foods with therapeutic benefits for food security programs and interventions. Our initial step in this direction was to explore the potential of BGN flour in milk and yogurt beverages as well as dietary fibers.

Flour and Food Security
Suitability of Bambara groundnut flour (BGNF) as a natural emulsifier/stabilizer in food emulsion systems was assessed. Gelatinized BGNF stabilized an oil-in-water emulsion. All the BGNF emulsions were macro emulsions, which are desirable in some food applications. All emulsions were stable to emulsion breakdown due to creaming. BGNF-stabilized emulsions were characterized as highly spreadable (pseudo-plasticity), thixotropic—desirable in mastication and chewing (good chewability)—and highly rigid, necessary for withstanding harsh conditions during development, transportation, and storage.

In addition to its IK, BGN seeds have the highest concentration of soluble fiber compared to other beans; this could contribute to the prevention of colon cancer. Some reported BGN phytochemicals, including anthocyanin and flavonoids, impart many beneficial health effects and reduce the risk of many chronic illnesses (Pale et al. 1997). This appears to support IK.

Unfortunately, consumers are unaware of BGN’s rich nutritional benefits and it is not part of the national or international food baskets. Furthermore, the highest rates of lactose intolerance are found in Africa, South America, and Asia with approximately 50% of the population affected and almost 100% in some Asian countries. Vegetarianism is on the increase either by choice or due to disease. Hence, there is increasing demand from consumers for lactose-free or plant-based products. There is a continued trend towards healthier eating choices. BGN milk and yogurt will fill this gap as they are plant-based and lactose-free. The objective was to harness the rich nutritional content of BGN into functional food for consumer wellness.

As an initial step to harness the rich nutrition of BGN, we demonstrated that BGN value chains can contribute to national food security. We produced two patents: 1) a process for the production of BGN milk (BGNM) and BGN probiotic yogurt; and 2) BGN dietary fiber (Jideani and Murevanhema 2013; Jideani and Diedericks 2013).

These products were high in polyphenols—an indication of the nutraceutical content—and may therefore contribute to a healthy diet. BGNM supported the growth of probiotics and protected them against in vitro gastric juice and bile. It is expected that the yogurt will benefit consumers through maintaining good balance and composition of intestinal flora, helping to increase the body’s ability to resist the invasion of pathogens, thereby maintaining the host’s efficient nutrition. 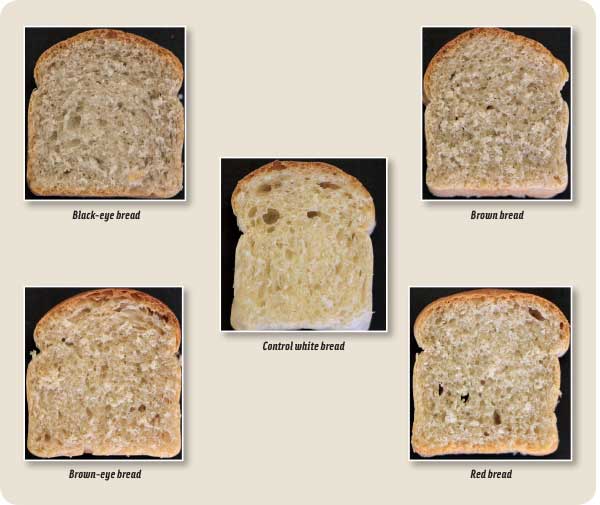 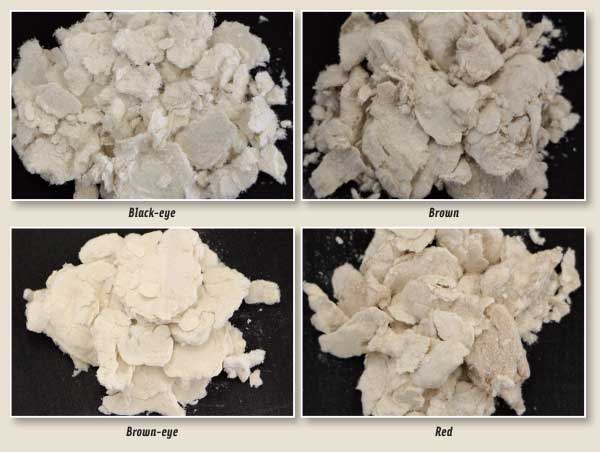 All BGN fibers, especially the soluble fibers, possess higher fat absorption capacity compared to pea fibers. Hence, BGN fibers can be incorporated into high-fat products and emulsions. BGNSF was effective in stabilizing an orange beverage emulsion, making it a potential new ingredient for the beverage industry.

Partnering with Industry
We have demonstrated that BGN has potential to contribute to food security through its diversities of products. This cannot be a reality, however, unless these products are commercialized. We are therefore looking for manufacturers willing to partner with us in this venture. The commercialization will open up markets for BGN and its products and consequently will elevate its status from underutilized crop to “grain of choice” in the food industries both in Africa and abroad.

The author wishes to acknowledge the Cape Peninsula University of Technology Research Funding and the National Research Foundation for funding the work reported as well as the contributions of her students who conducted the laboratory trials.

Mkandawire, C. H. 2007. Rediscover some of the underutilised and neglected crops of the world with a view to broaden our food recourse base: Bambara groundnut. Available at http://www.articlesbase.com/college-and-university-articles.