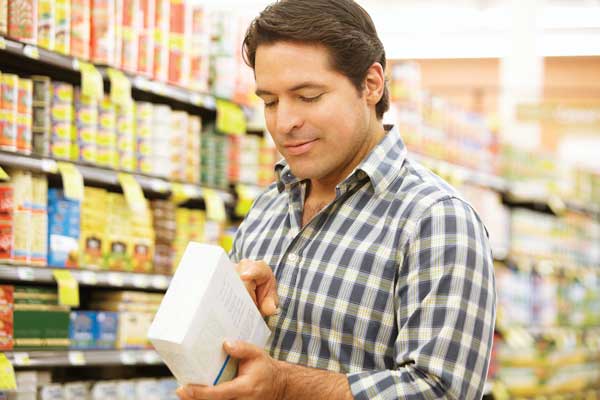 Evaluating ‘natural’ labels
Grocery store shelves are increasingly filled with products sporting “all-natural” claims, but little research has been done to determine what consumers actually think the term conveys. A recent study in the Journal of Food Science attempted to shed some light on the topic.

Using immersive technology that simulated an in-store demo, the researchers found that while the all-natural label significantly improved consumers’ perception of product quality and nutritional content, it did not increase their liking or willingness to pay for the products. However, when the in-store server emphasized the all-natural claim, differences in quality and nutritional content between the regular and the natural samples became even more pronounced, and willingness to pay increased significantly by an average of 8%. “Having a virtual in-store server emphasize the all-natural status of the peanut butter had a dramatic effect,” write the researchers, concluding that consumers are highly susceptible to social influence at the point of purchase.

Avoiding food chain cybersecurity threats
Although there has yet to be a terrorist attack in the United States where adulterated food was used to commit harm against consumers, “the U.S. food system is a very open and complex interaction of numerous supply chains, allowing for hundreds if not thousands of potential points of concern,” says John Larkin, research director for the Food Protection and Defense Institute. One of these points lies within the digital systems modern food companies use to run their businesses efficiently, which cyber attackers can manipulate to install malware or ransomware, which holds a company’s system hostage until ransom has been paid.

“That we have not yet seen very much in the way of credible evidence of digital attacks of actual food processing systems does not diminish the threat,” adds Max Kilger, who teaches about marketing and information systems and cybersecurity at the University of Texas at San Antonio. “Food companies are especially attractive targets for cyber terrorists because they are a lesser known but still key part of the food chain and thus a component of critical national infrastructure.”

In addition to companies’ own systems, other stops along the supply chain are also at risk; in a plant that processes multiple products with varied food materials, this could allow the introduction of ingredients into products that are not supposed to be there, says Kilger. Connected consumer devices are also a potential area of vulnerability; smart refrigerators, for example, could be hacked to alter food storage temperatures. “The entire farm to fork path is at risk,” he says.

Larkin notes that the specific nature of threats is constantly changing, making it difficult to create a food defense program that constantly minimizes the potential of an event. “There are no safe harbors like there are for many food safety hazards. The type of threat can change at any time,” he says.

There are some ways companies can reduce their risks, though. Companies can look to the work done by food defense experts and incorporate their guidance and published research into the written defense plans required by the Intentional Adulteration Rule, says Larkin. Kilger adds that companies should have their internal computer networks audited by security professionals, implement HACCP plans, and network with the wider industrial control system information security community to gather and share knowledge.

Since some threats are carried out by disgruntled employees looking to take revenge on their companies, “human resources plays a significant role in protecting the food supply,” says Larkin.

“An attitude of revenge usually develops with time,” he explains. “Being able to identify and prevent the attitude from developing should be part of both a company’s HR and food defense program.” 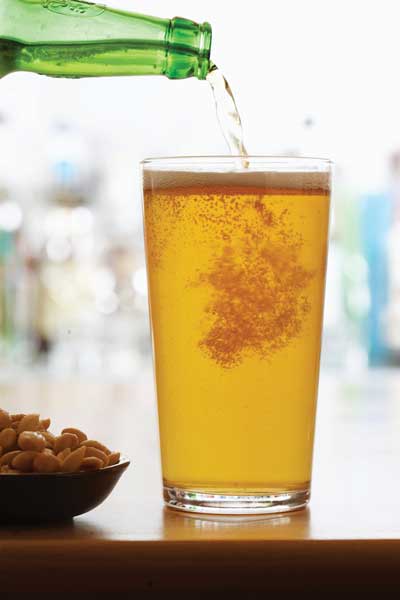 Safety of gluten-removed beer
Gluten-removed beer may not be safe for all drinkers with celiac disease, according to a new study published by the Journal of AOAC International and conducted by Gluten Intolerance Group (GIG) at the University of Chicago’s Celiac Research Center. While gluten-free beer is created using ingredients that do not contain gluten, gluten-removed beer is made with wheat, barley, or rye, and then processed further using enzymes to remove gluten.

“The medical and scientific community has not validated or accepted that these low-gluten or gluten-removed beers are safe because available gluten testing methods have not been sufficiently accurate with fermented and hydrolyzed products,” says Cynthia Kupper, CEO of GIG. “That is why we conducted this first-of-its-kind study, because even if one person with celiac reacts to gluten-removed beers, it shows it would not be appropriate to certify this product category according to our standards.”

FMI, GMA propose new date labels
The Food Marketing Institute (FMI) and the Grocery Manufacturers Assoc. (GMA) announced a new product labeling initiative intended to reduce confusion caused by the variable approaches companies take to present date labels, including Sell By, Use By, and Best By.

The new voluntary labels use just two phrases. Best If Used By indicates the date past which the taste and quality of the food cannot be guaranteed, and Use By applies to foods that are highly perishable and may have a safety concern over time. Foods past the Use By date should be discarded, but those past the Best If Used By date would still be safe to consume. Retailers and manufacturers are encouraged to immediately begin phasing in the common wording, with widespread adoption urged by the summer of 2018.

“Eliminating confusion for consumers by using common product date wording is a win-win because it means more products will be used instead of thrown away in error,” says Jack Jeffers, vice-president of quality at Dean Foods, which led GMA’s work on this issue. “It’s much better that these products stay in the kitchen—and out of landfills.”

Trending flavors for 2017
Cloudberry, za’atar, and praline are just a few of the flavors FONA International is tracking this year in its 2017 Flavor Radar, which is compiled through market research databases, restaurant menus, new product introductions, and print media data.

Cloudberry—a musty-tasting relative of the raspberry—is a novel flavor, which means it has not yet experienced wide use in the United States. “This has a regional story, as they are primarily found in arctic or alpine environments,” explains FONA’s director of thought leadership marketing, Lisa A. Demme, who adds that one of the few uses found in the States is within an imported Icelandic yogurt, which reinforces the authenticity and heritage of that product.

Earthy and nutty spice blend za’atar is an up and coming flavor, meaning more consumers are familiar with it, and it has experienced some popularity in casual dining establishments and may be appropriate for inclusion in specialty products from smaller companies. Pralines—confections made with sugar and nuts—meanwhile, have become mainstream and well-known to consumers, appearing in fast-casual restaurants, general print publications, and in products from national brands. “Praline hits our list as we search for new and different sweet brown flavor combinations,” says Demme, and she notes that praline flavors have appeared paired with bacon, in ice cream launches, and as an element of crunch in upscale salads.

As the public becomes more familiar with certain flavors, they tend to move from one category to the next, though some flavors may appear on multiple lists depending on the product type; a flavor that’s permeated the yogurt category may not be widely used in beverages, for example.

News Bites
• AAK opened a new innovation center at its U.S. headquarters in Edison, N.J., which will be the flagship application lab for the company’s codevelopment process.

• Ajinomoto, Dole, Grupo Bimbo, Ritter Sport, and Symrise are among the companies that have signed the Business and Biodiversity Pledge, a voluntary commitment to the objectives of the UN Convention on Biological Diversity.

• Alchemy Systems and the U.S. Pharmacopeial Convention announced a collaboration that enables food companies of all sizes to assess supply chain risk and build robust systems to minimize food fraud.

• Cargill and the International Cocoa Initiative partnered to expand their joint actions on child labor in Côte d’Ivoire.

• Diversified Technologies introduced a pulsed electric field system for processing fruits and vegetables by softening their tissue at the cellular level.

• Ganeden’s GanedenBC30 was granted GRAS status for infant formulas from the U.S. Food and Drug Administration.

• The Hain Celestial Group established a strategic joint venture between Future Consumer and Hain Tilda India Private with the objective to pursue joint interests in food marketing and development in India.

• IFCO is celebrating its 25th anniversary.

• Mondelēz International reached an agreement to sell most of its grocery business in Australia and New Zealand to Bega Cheese.

• Monsanto donated a $10 million, state-of-the-art plant research facility in Middleton, Wis., to the University of Wisconsin–Madison.

• NPAL launched a new website to provide customers with a significantly more effective and efficient experience.

• Phenomenex published a new food testing guide to help the industry meet increasing demands for quality and safety testing and adhere to the guidelines of the Food Safety Modernization Act.

• PreGel America opened its PreGel International Training Centers—Chicago location in Elk Grove Village, Ill. The establishment will serve as an educational resource for those looking to enhance their knowledge in the areas of gelato, soft serve, beverage, and pastry production.