Food packaging laws and regulations are diverse and cover complex issues such as intellectual property, slack-fill, sustainability, and labeling. While laws and regulations may change, their intent to inform consumers, protect the food supply, and foster essential innovation remains constant.

Migration Regulations
The migration of substances from packaging into food is closely governed because usually this is an unintended and undesirable event. But in the case of active packaging, the migration of substances from packaging into food is a positive and purposeful event to extend the shelf life of products or add other value to food. Despite the fact that manufacturers worldwide want to avoid substances migrating from packaging, regulations vary. For example, in the United States, phthalates associated with polymers and bisphenol A (BPA) associated with polycarbonate and can liners are allowed. In Europe, most phthalates are banned from coming in contact with fatty and dairy foods and infant food. While the U.S. Food and Drug Administration (FDA) has not changed its ruling on BPA, many manufacturers have restricted their use of BPA.

For global food companies, altering the construction of packaging to comply with varying country regulations is not economically viable. For this reason, and to comply with corporate responsibility goals, European Union (EU) regulations are often considered for food packaging. At the center of regulations is the migration from packaging into food. Migration testing essentially assesses whether the food-contact materials migrate into the food. Food simulating liquids are used, and total migration is determined. Food simulating liquids employ 10%–50% ethanol and food oil, depending on food water activity, acidity, alcohol, and fat content. Conditions of migration testing can mimic the contact time and temperature of food exposure or measure the total migration. The recent seventh EU amendment to the Plastics Regulations clarifies allowable food simulants. This amendment refers to a new substance, nanoform, and the use of nanoforms that are not specifically authorized are prohibited even though the substance may be approved in a larger form.

The China National Center for Food Safety Risk Assessment (CFSA) recently amended migration standards. In general, the CFSA updates align with EU directives that require certificates of compliance from packaging companies, in the defining of a functional barrier, and approval of food-contact materials. In the United States, a recent ruling means that foreign suppliers of packaging do not have to comply with the same Foreign Supplier Verification Program within the Food Safety Modernization Act as ingredient suppliers must.

Intellectual Property and Innovation
Most of the intellectual property issues in the packaging area center on patents and trade secrets because these enable companies to be the sole developers of unique packaging characteristics that differentiate certain packages from others. For example, patents on resealable zippers, microwave susceptors, and peel and reseal lidding and trade secrets on inks, paperboard coatings, and manufacturing over the years have provided strategic advantages to patent holders. Critically, the U.S. patent process for food packaging changed when inter partes reexaminations were replaced with inter partes reviews in 2011. This placed a Patent Trial and Appeal Board at center stage, which was not a minor change.

In the new process, patents are now reassessed with the broadest reasonable interpretation (BRI) and with an expanded definition of obviousness. Although the BRI needs to be consistent with the specification in the patent, more interpretations apply since BRI replaced a more limited district court standard. The test for obviousness was also expanded to include areas outside the field of the invention. This means that packaging outside the scope of its use would be obvious and not an invention. For example, specific corrugated design elements could be obvious to a polymer bottle design, and likewise, packaging elements used in medical device packaging could be obvious in food packaging. Because of the new inter partes reviews, more patents are being called into question and more patent elements are being ruled obvious. This has slightly upset the U.S. patent system for packaging. But a recent ruling for enhanced damages for egregious patent infringement has been a stabilizing factor. Other efforts can be made to incentivize food packaging innovation and technology investment.

Slack-Fill Assessments
Headspace above a product is a common example of slack-fill, which can be functional or nonfunctional. A number of legal proceedings are underway to determine whether excess space within a package is functional or nonfunctional slack-fill. Nonfunctional slack-fill within a package is regulated in 21 CFR §100.100 (misleading containers) and in similar state regulations. Slack-fill is functional if it meets any of the following six requirements: 1) it is needed to protect the contents of the package; 2) it is needed to seal a package; 3) it exists because of unavoidable settling during shipping and handling; 4) the package performs a specific function such as preparation; 5) the package is a reusable container with a significant value independent of the product (e.g., promotional packaging); and 6) it is used to accommodate labeling, reduce pilfering, or provide tamper evidence. When food packaging is developed, nonfunctional slack-fill is often limited to reduce package size, distribution, and retail costs. For example, a reduced package footprint at retail allows for more shelf facings and fewer out-of-stocks, often resulting in more sales. The environmental footprint is also reduced with right-sized packaging. Despite these advantages, slack-fill still exists in food packaging.

The Complexity of Sustainability
Global food manufacturers must adapt packaging to meet various environmental regulations. Packaging choices from an environmental standpoint are often governed by the size of the market and regulations in adjacent markets. For example, because the United States lacks federal environmental packaging laws and regulations, some states and municipalities have created laws to address packaging sustainability. The growing labyrinth of regulations for packaged foods means that packaging complies with the regulations in high-volume states and not in low-volume markets. Globally, adoption of EU standards is paramount due to the size and sophistication of European markets. Recent regulations to address sustainability in China are being echoed throughout the world. For example, China’s restrictions on excessive packaging as defined by the packaging cost, space between layers, and the number of layers of packaging may result in another look at more sustainable packaging. Import and processing restrictions on recycled contaminated plastic has also severely altered recycling economics and global access to recycled polymers.

Labeling Regulations
In the United States, food packaging labels have been defined and redefined since 1938. Package labels represent an opportunity to market product characteristics within a legal framework to inform consumers. Clarity is also the focus of connecting health to label claims. “Label claims must be substantiated with documented evidence for their claim. This includes ‘better for you,’ ‘pesticide free,’ ‘non-GMO,’ and ‘antibiotic-free.’ This is sometimes difficult to do. In addition, trademarks, logos, or other callouts must be located per FDA labeling standards so that information is clear and concise for the consumer to identify with the product,” says food-safety and crisis-management expert Paula Piontek, president of Product Recall Prevention Services. Digital labels can provide a greater degree of clarity for consumers.

Under the direction of Congress in 1990, the FDA began approving the use of claims on package labels that identified the effects of certain foods on health conditions such as heart disease and osteoporosis. Now, many claims are allowed. Recently, the FDA proposed revoking the health claim for labels touting the effects of soy protein on coronary heart disease—new studies indicate that the benefit is not as strong as initially claimed. If dubious or questionable claims on labels were allowed, consumer confusion would increase. An updated California Proposition 65 revamps the labeling of compounds that are known to cause cancer or that are toxic; it becomes effective in August 2018 and is prompting ingredient and package changes.

Packaging labels are complex. Software such as EZ Form by Prime Label Consultants provides guidance for developing Nutrition Facts Panels, regulatory compliance, and recordkeeping. Jesse Zuehlke, general manager of Prime Label Consultants, sees advancing technology as a “likely catalyst impacting labeling regulations, in the [United States] and globally. For example, in the [United States], we see this in e-commerce labeling, social media and digital touchpoints, and claims regarding novel technologies or ingredients.” Another trend impacting labeling is transparency—a concept that is subjective in nature yet manifested in many types of claims, such as the consumer-driven movement towards the undefined clean label. “In response to this trend, brand owners that wish to further characterize or define their product attributes must be willing to clearly define internal standards, justification, and substantiation for certain elements of their labeling. As technology continues to develop, we expect that brand owners, suppliers and consumers will drive trends in new labeling while relying on partnership and critical input from the FDA and USDA in ultimately developing formal guidance and legislation,” Zuehlke says. 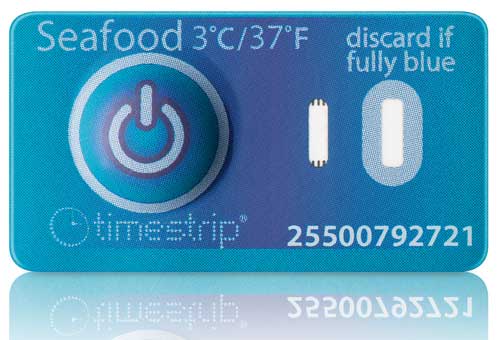 While the focus of much label legislation has been ensuring clear communication to consumers, a communication gap remains evident in expiration or shelf-life dating. This has a large impact on food waste. ReFED and other groups have quantified the lack of consistent information on shelf life as the largest factor contributing to the 30% of food waste generated by consumers. Thankfully, efforts are underway to reduce consumer confusion associated with open dating of foods. In the absence of viable legislative efforts, industry groups have agreed to harmonize wording, and perhaps this will help. Assessing the impact of this voluntary harmonization will be key to taking the next steps in reducing consumer-derived food waste and charting corporate sustainability goals.

Definitive dates and standardization for the shelf life of food after packages are opened are also needed. Because refrigerator and distribution processes and temperatures vary, spoilage happens at different rates before and after the product is opened. Packaging that can communicate product-specific quality and safety for opened packages will reduce food waste. This can be assessed with time-temperate indicators and spoilage sensors.