For years, the perception in the food industry has been that consumer purchasing decisions are driven by three primary factors: taste, price, and convenience. While these drivers still affect consumer behavior, a broader set of food values is playing a bigger role in the decisions consumers make when they shop for food. These values differ from country to country and region to region. Food values are comprised of interrelated social, political, regulatory, agricultural, and technological factors that impact the way food is produced, distributed, marketed, regulated, sold, and consumed. In many cases, food values are closely tied to human emotions and reflect gender, life stage and experiences, education, income, and culture.

The impact of these emerging global food values extends beyond the individual consumer. Food and nutrition policies around the world are beginning to reflect these evolving values as well. Although science remains integral to policy development, policy decisions are no longer based solely on evidence-based data; environmental, experiential, health and well-being values may also play a role in this evolving phenomenon. In short, consumer purchasing decisions are becoming more complex as the factors that affect the way people view the foods they consume and the processes used to produce these foods continue to change and evolve.

A Mix of Science and Culture
In South America, a region with the fifth largest population among the continents and a mean age of 32 years, consumer and food-policy decisions are driven by a particularly interesting set of values—values that are based on social issues as much as they are on science. Unlike the United States, where various political and societal issues seem to have impacted current food values, or Europe, where numerous food scandals over the past 20 years have prompted consumers to demand more information and greater regulatory oversight of the entire food supply chain, South American food values seem to be emanating from an overall more optimistic perspective.

With the burden of undernutrition in many regions slowly giving way to an increasing rise in overweight and obesity, South America is confronting a unique set of circumstances that sets it apart from the issues faced by many Western countries. For a long time, undernutrition was prevalent in most South American countries, but in recent years overweight and obesity have overtaken undernutrition as a key nutritional issue. A recent World Health Organization (WHO) study indicated that in absolute numbers, more than 200 million South Americans are now considered overweight or obese versus 52 million who are considered underweight (PAHO 2016). Data presented at a recent Food and Agriculture Organization (FAO) Regional Conference for Latin America and the Caribbean indicated that 7% of children under the age of five are considered overweight, and 20% of adults in 24 Latin American and Caribbean countries are obese (FAO 2018). Nevertheless, despite this shift in the more obvious weight-related issues, there is still a prevalent chronic micronutrient deficiency that afflicts millions of South Americans and produces lifelong consequences for health, productivity, and mental development in large swaths of the population, which prompted the Community of Latin American and Caribbean States to issue a pledge to achieve Zero Hunger by 2025. 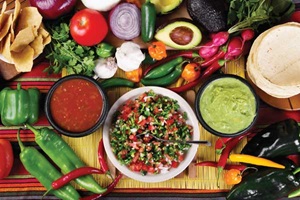 Government Agencies Seeking Change
Against this backdrop, government agencies and societal organizations in every Latin American country are seeking ways to alleviate these nutritional concerns. A key driver of changes in food policy and regulation in Latin America is the Pan American Health Organization (PAHO), a regional WHO office for the Americas. The PAHO has promoted the consumption of unprocessed and minimally processed foods and freshly prepared dishes made with them. As part of this messaging, the PAHO encourages the addition of certain culinary ingredients (butter, honey, lard, plant oils, and other substances extracted directly from food or nature) to discourage the consumption of processed food products.

And while most countries in the region have followed the PAHO’s lead in adopting new or amended dietary guidelines that stress consumption of unprocessed or minimally processed foods, as well as a lower intake of sugar, salt, and saturated fats, many countries are also incorporating cultural and societal mores into their dietary guidelines. For example, the Brazilian Dietary Guidelines were recognized by the FAO as the first food-based dietary guidelines that took social, cultural, economic, and other aspects of sustainability into account. One stated goal of the Brazilian Guidelines is to serve as an “instrument of food and nutrition education to promote the health of individuals, families and communities.” And in that vein, the guidelines cite principles such as “diet is more than the intake of nutrients,” “healthy diets derive from socially and environmentally sustainable food systems,” and “different sources of knowledge inform sound dietary advice” (Ministry of Health of Brazil 2014). The Brazilian Dietary Guidelines really do seek to teach and provide insights beyond the nutrient value of specific foods and ingredients: Recommendations such as “eat regular meals in appropriate environments and, whenever possible, in company,” “develop, exercise, and share cooking skills,” and “plan your time to make food and eating important in your life” are accentuated, which is a far cry from the more fact-based, staid dietary guidelines of most Western countries.

This back-to-the-past perspective on food and diet, when most meals were prepared at home and meal time represented family time, is a value-based issue that many Latin American health professionals and government bodies are attempting to promote. And while modern life likely precludes a complete reversal in the way Latin Americans prepare and consume meals, efforts are underway in various countries to protect and educate consumers. From the traffic-light labeling system adopted in Ecuador in 2013 to sugar labeling and taxation laws in Mexico to more stringent advertising and front-of-pack labeling rules in Chile and Peru, there is a strong movement afoot to inform and educate people on the health aspects of the foods they consume. 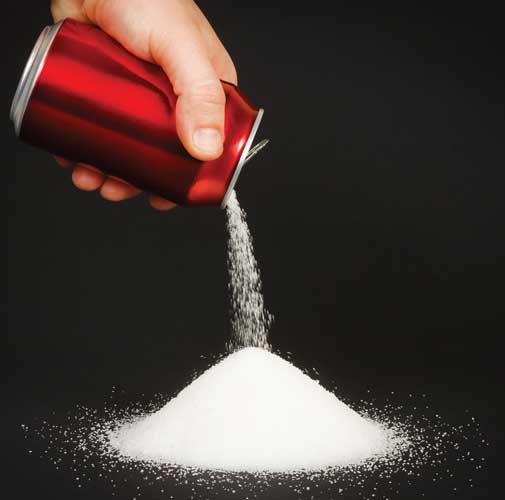 For example, the government of Chile has been waging a war against unhealthy foods with a flood of advertising restrictions, mandatory packaging redesigns, and labeling rules designed to transform the eating habits of 18 million people. Since new food laws were enacted in 2016, Kellogg’s and other multinational giants have removed iconic characters from sugary cereal boxes, and sales of sweets such as Kinder Surprise eggs, which use toys to attract young consumers, have been discontinued. The Chilean law also prohibits the sale of foods such as ice cream, chocolates, and potato chips in schools and prevents companies that produce these products from advertising during youth-oriented television programs and on websites targeting children. Further, in Chile sugary drinks carry an 18% tax, one of the largest in the world for this type of product. Food and nutrition experts view the Chilean measures as the world’s most ambitious attempt to reform the country’s food culture and as a potential blueprint for impacting the global obesity epidemic.

In Brazil, the National Sanitary Surveillance Agency (ANVISA) created a working group in 2014 to propose solutions regarding the dissemination of nutritional information. In 2017 the agency’s working group presented proposals to improve nutrition labeling. The proposed frontal labeling models, though not yet fully adopted, are adaptations of the patterns used in the United Kingdom, Ecuador, and Chile. The Brazilian Institute of Consumer Protection has been very active in this arena as well and sent ANVISA a proposal in November 2017 to update and improve the current nutrition labeling model based on the NOVA food classification and evidence and research on the importance of warning labels for promoting healthy eating. Through the Brazilian Association of Food Industries, the food industry has also been active in these discussions though they have proposed much less restrictive labeling models.

In addition to the educational efforts being employed throughout the region, human rights elements are beginning to permeate the Latin American food system as well. Alianza por la Salud Alimentaria (Alliance for Health Food) in Mexico and Colombia and similar groups in other countries throughout South America and Central America are pushing the concept of consumer power—a movement that facilitates food choices, awareness, and knowledge and promotes the notion that access to healthy foods is a basic human right. Recently, the Alianza por la Salud Alimentaria in Mexico released the “Manifesto to the Nation for Fair and Sustainable Nutritional Food Systems,” which has a regulatory framework that helps pave the way for a more fair and sustainable food and nutrition system. The project provides adequate funds for institutions, programs, and the development of public policies that promote healthy eating and a strategic framework to combat poverty in Mexico. Nutrition education, sustainable agroecological practices, and a stronger link between food producers and consumers are also addressed in the plan.

Based on data gleaned from various governmental reports and corroborated by information from a FoodMinds survey of leading global health and nutrition experts, it is apparent that diverse values regarding food and how it is produced drive consumer perceptions and purchasing decisions as well as nutrition policy in different regions of the world. Differences are driven by various factors, but the stage of development of a country or region appears to have a major effect. For example, in highly developed countries, food costs do not appear to play as large a role in purchasing decisions as it does in less-developed countries. Over time, it is likely that some of these regional and cultural differences in food values will diminish. With continued migration among populations, improving economies in less-developed countries, and a more universal need to stem malnutrition, values and the policy actions they spawn will likely become more homogeneous between regions. However, local customs and mores suggest they will never entirely disappear.

As the food industry becomes more global and companies seek market access in regions that are new to them, an awareness of the values that drive local preferences and policies will continue to become more important to food producers, manufacturers, retailers, and regulators. It behooves companies or anyone with an interest in the food industry to become more aware of the factors that impact food values at the local, regional, and global levels. Companies seeking access to South American markets need to keep these factors in mind. In most Latin American countries, urbanization is on the rise, the middle class is growing, and consumers are increasingly becoming health-conscious. And while top-down actions such as dietary guidelines, enhanced labeling information, advertising regulations, and taxation will continue to be promulgated by food and regulatory agencies in various countries in the region, the growing movement of social organizations seeking to promote awareness, mobilization, and empowerment of consumers regarding diet and health; a back-to-basics approach to meal preparation; and the perspective of meals as a social occasion will likely grow as value-based drivers in the region.

What Is the FoodMinds Food Values Project?
FoodMinds utilized a panel of experts from the FoodMinds Global Expert Bench (GEB) to assess how food values are influencing food choices globally. The GEB is a network comprised of more than 20 senior nutrition and communications experts from 20 countries and six continents. A questionnaire was developed using the DELPHI method, which refined the research design and approach through a series of guided steps. GEB members in 14 countries answered the survey with responses that reflected their expertise in local political, social, and cultural trends; consumer food behaviors; and food and nutrition affairs environments.

FoodMinds Value Factors
FoodMinds queried nutrition experts representing 14 different countries and six continents to produce their findings. The process yielded 14 dimensions, or value factors, that reflect the collective perspectives of the global experts. These factors were as follows:

Geographic: including living in environments that were urban, suburban, or rural or in a progressive food policy city, state, or region

Food cooking/preparation: including no refrigeration at home; cooking over open fire; no clean, running water in the kitchen; awareness of the connections between food and health; experimentation with other cultures’ food; and creating a family bond experience

Food manufacturing and retail: including consolidation in food retail and food industry commitment to reduce calories, sugar, fat, and sodium