“Dr. Wong has consistently played a strong leadership role at CRN and demonstrated commitment to the association and its member companies, dedication to the industry and expertise in scientific research and regulation, making her the obvious choice to lead the department,” said CRN’s President and CEO Steve Mister. “She has led the association in its development of best practices guidelines for such things as protein, melatonin, and probiotics, played an integral role in CRN’s response to the New York Attorney General DNA barcode testing episode in 2015, and advocated on behalf of industry on the implementation of the Supplement Facts label changes.”

Wong joined CRN in 2013 with extensive regulatory knowledge in food and nutrition. She has been a leader of the science and regulatory affairs department in advocating for science-based nutrition and evaluating and responding to scientific and regulatory issues on behalf of the industry. She currently serves as president of IFT’s Washington, D.C., section.

Taylor Wallace recently published a cookbook, Sizzling Science, which is based on dishes he and his grandmother prepared during his childhood. In addition to offering recipes for main and side dishes, appetizers, soups, salads, and desserts, he includes a section detailing the science and chemistry behind great-tasting food.

Wallace is the principal consultant at the Think Healthy Group and an adjunct professor in the Department of Nutrition and Food Studies at George Mason University. He has served on the boards of directors of IFT and Feeding Tomorrow and is a fellow of the American College of Nutrition. He holds a PhD and an MS in food science and nutrition from The Ohio State University and a BS in food science and technology from the University of Kentucky.

Fairchild Tropical Botanic Garden recently launched its Growing Beyond Earth Maker Contest, a three-year multidisciplinary endeavor to leverage the ingenuity of minds across the nation to reinvent the systems used to grow edible plants on the International Space Station (ISS) and beyond. The contest is open to professional, college, and high school teams, with entries assessed and judged by NASA engineers and botanists. Winning proposals will be considered for implementation on future NASA missions.

As NASA looks toward a long-term human presence beyond Earth orbit, it faces specific science, technology, engineering, and mathematics challenges related to food production in space. Through the Maker Contest, Fairchild’s goal is to harness the creativity and talent of makerspaces to address those challenges, which include 1) how to efficiently use three-dimensional plant growing space aboard spacecraft, 2) how to maintain plants without human intervention, and 3) how to design a fully automated robotic planting and harvesting system.

“Together with maker leaders, we are looking to inspire a new group of innovators to effectively address the challenges of food technology production in space,” said Amy Padolf, Fairchild’s Director of Education.

In the first phase, Fairchild hopes to attract as many as 100 teams to participate. In the second phase, judges will award $500 to 15 teams to support prototyping and testing of their design. In the final phase, three top winners will be chosen in each category—professional, college, and high school. The winners will receive a stipend to attend the 2020 Nation of Makers annual conference.

To apply for the Maker Contest, visit Instructables. Designs must be submitted by February 3, 2020, and the winning designs will be announced February 14, 2020.

Getting to know Adam Yee

I love turning ideas into reality,” says Adam Yee, who recently served as head food scientist at Better Food Co., where, he says, “I created plant-based products that could be blended with meat. In one-and-a-half years, we scaled from making products out of my apartment to striking a deal with one of the biggest chicken companies in the United States.”

I love turning ideas into reality,” says Adam Yee, who recently served as head food scientist at Better Food Co., where, he says, “I created plant-based products that could be blended with meat. In one-and-a-half years, we scaled from making products out of my apartment to striking a deal with one of the biggest chicken companies in the United States.”

Today, Yee leads Food Science Media Lab, an agency focused on food science projects, media projects that communicate food science, or both. Among his recent ventures is a series of podcasts he hosts with food industry experts under the banner My Food Job Rocks. 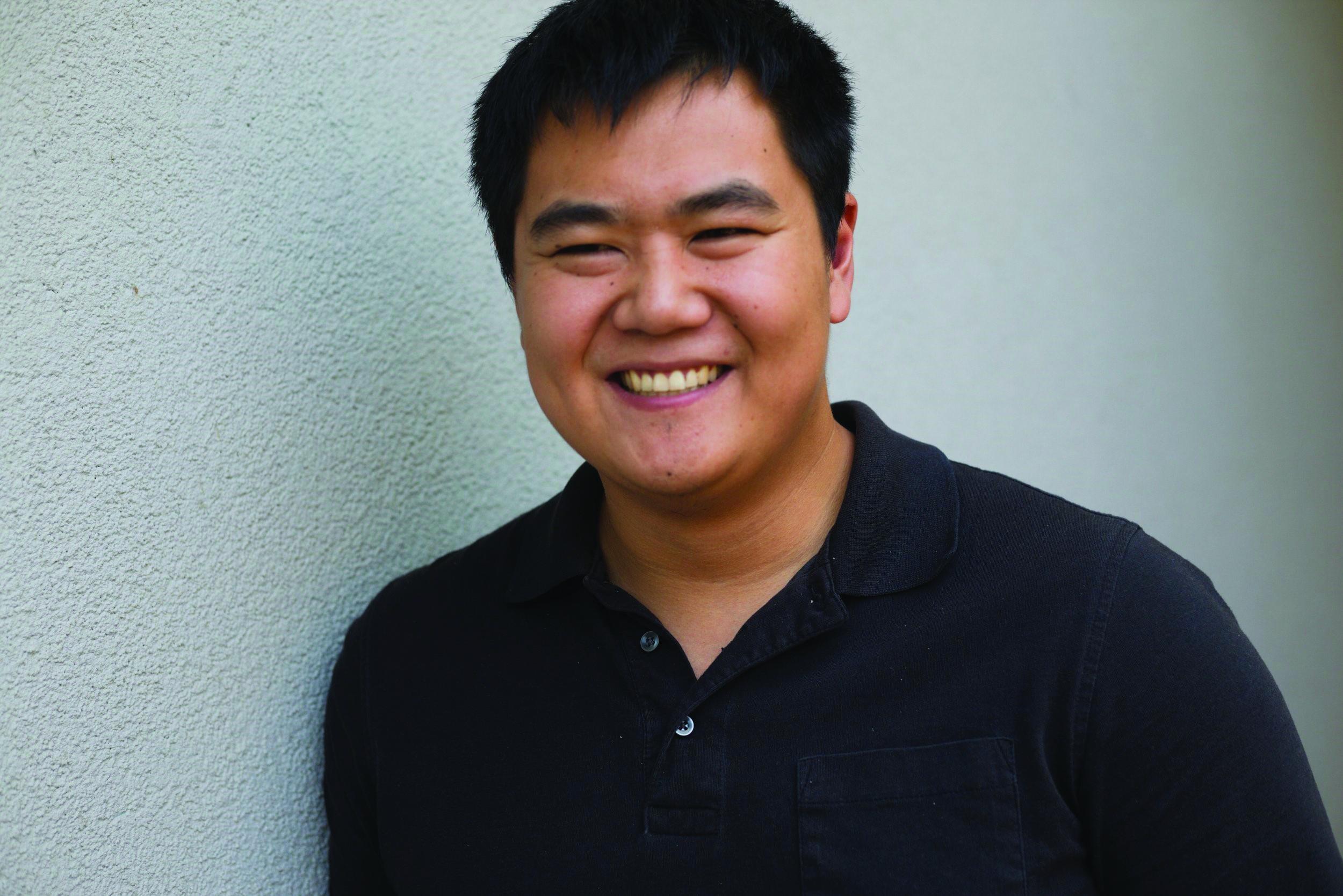 Launched about three years ago, My Food Job Rocks comprises more than 190 interviews with individuals from established companies and startups, as well as with those in related fields, including design agencies, regulatory groups, and supply chain software. “From technician to CEO, everyone’s job is important in this industry,” says Yee.

His association with IFT began while in college at Cal Poly San Luis Obispo, where he earned a bachelor’s degree in food science. The opportunity to participate in product development competitions through the IFT Student Association was of particular interest, but with no teams in place at the time, Yee says, “I wrangled up some students and we formed teams. I was very involved in my section’s IFT charter but I just loved entering these product development competitions. I entered about six times and placed in three of them. These competitions threw me into some very creative situations and I developed tricks that I still use to this day as a product developer.”

After college, Yee moved to Phoenix, where he joined the Cactus Section. “I loved the family-like atmosphere this group brought, and they eventually convinced me to be section chair, where I was able to try new ideas such as launching a survey and improving our Suppliers’ Night,” he recalls.

Now living in California, Yee recently reconnected with IFT. “I had a blast being a judge for the IFTNEXT competition and publicly speaking at IFT events. I think the Emerging Leaders Network is incredibly valuable for young professionals, and I was fortunate to be one of the speakers when they piloted out the IGNITE program, talking about the podcast.”

One of the driving forces in Yee’s professional life is passion, one of IFT’s Core Values. “I think passion fuels everything,” he explains. “It’s an unlimited source of energy that will allow you to publish a podcast at 2 a.m., and it’s the fuel source that allows you to wake up at 4 a.m. to make granola bars. Passion has allowed me to care about what I create and brings the best out of people. Injecting passion into anything you do shows people that you care—which we all need more of in this world.”

Roy Arnold, past president of IFT and former provost of Oregon State University, passed away on September 22.

Arnold spent the first 20 years of his career at the University of Nebraska–Lincoln, eventually serving as the vice chancellor for the Institute of Agriculture and Natural Resources. In 1987, he joined Oregon State University, first as the dean of the College of Agricultural Sciences and then as provost and executive vice president from 1991 to 2000. After retiring in 2006, he cont…

Roy Arnold, past president of IFT and former provost of Oregon State University, passed away on September 22.

Arnold spent the first 20 years of his career at the University of Nebraska–Lincoln, eventually serving as the vice chancellor for the Institute of Agriculture and Natural Resources. In 1987, he joined Oregon State University, first as the dean of the College of Agricultural Sciences and then as provost and executive vice president from 1991 to 2000. After retiring in 2006, he continued to mentor young faculty and work with the Kellogg Foundation.

Arnold was nationally recognized for his expertise in a variety of areas related to education and academics. Throughout his career at Oregon State University and the University of Nebraska–Lincoln, he garnered a reputation as a committed educator who inspired people by what was possible in agriculture nationally and throughout the world. As a university administrator at Nebraska and at Oregon State, he was known as a leader and problem solver.

Arnold earned his bachelor’s degree from Nebraska and master’s and doctorate degrees from Oregon State. A member of IFT for more than 50 years, he was named a Fellow in 1991 and served as president from 1994 to 1995.