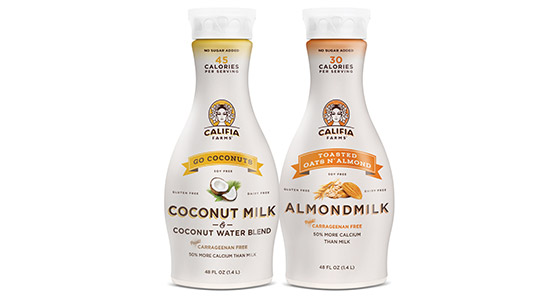 Food and beverage startups in the United States procured about $1.45 billion in investments on 200 disclosed deals, according to the “2018 U.S. Food & Beverage Startup Investment Report” by Food+Tech Connect in partnership with Ryan Williams. The research found that Impossible Foods (a leading marketer of alternative proteins) captured the largest funding at $114 million while the median investment was $2.4 million and the average investment was $7.3 million.

The categories of alternative dairy (14% of total funding) and alternative protein (13%) captured more than one-quarter of all investment dollars to food and beverage startups in 2018.

“Dairy alternatives was the top category of the year, raking in over $200 million in total investment, with three companies (Ripple Foods, Califia Farms, and Kite Hill) raising $40 million or more,” stated the report. “In addition to the direct leaders, products from brands in other categories have also embraced the trend, with offerings ranging from oat milk cold brew coffee to almond milk-based ice cream.”

The categories of supplements and meals kits both received 9% of investments. “Supplements and direct-to-consumer make a great match,” stated the report. “Low weights, high margins and the ability to target specific demographics helps explain why e-commerce has been a focus of most venture backed brands in the category. Supplements are also one of the few categorizes in which ‘personalization’ is actually happening.

“Amidst the struggles of category creator Blue Apron, many would expect investors to have written off the meal-kit category. Even though category funding is down significantly, focused offerings targeting specific dietary needs or recipe formats have received continued support, with Sun Basket’s organic options leading the charge.”

By combining the categories of beyond water (9%), alcohol (8%), coffee/tea/kombucha (5%), and protein beverage (3%), the collective beverage category accounted for 25% of all investment dollars to food and beverage startups in 2018.

Cold-chain beverage startups are attracting greater investor interest. About half of the beyond water category dollars went toward cold-chain brands, led by Harmless Harvest and Dirty Lemon. However, the jury is still out whether large CPG companies will acquire and support such startups. Coca-Cola is a case in point. Coke’s stake in Suja has not gone smoothly even with its $100 million in sales, and Coke-backed Health-Ade Kombucha is not profitable.

“Alcohol is often considered a staid category, but in recent years, more attempts are being made to introduce truly differentiated products,” noted the report. “Endless West, for example, employs a proprietary process to accelerate the aging of its spirits. Willie’s Superbrew offers unique flavor combinations and advocates for nutrition label transparency beyond the lax requirements afforded to alcohol producers. And finally, KeVita founder Bill Moses’s newest venture, Flying Embers, embraces the natural alcohol of kombucha for a refreshing, bubbly yet boozy, creation.”

Several upstarts are beginning to muscle in on protein beverage pioneer Muscle Milk. “Over the past few years, a number of better-for-you protein brands have emerged, with unique twists to differentiate themselves from a broadening set,” stated the report. “From REBBL’s use of adaptogens to Ample Foods’ “just add water” format, the protein enhanced beverage category reflects the rapid innovation that is occurring throughout the industry as a whole.”

In the coffee/tea/kombucha category, “High Brew has been highly funded, occupying the top spot in 2018 after raising $17 million just a year earlier. Humm has also been humming along, following its 2017 raise of $10 million with another $10 million in 2018. These two leaders have been backed by what many would call the biggest respective brands on the venture side of the table—CAVU Ventures and VMG,” declared the report.