University of Massachusetts Amherst Distinguished Professor David Julian McClements was honored in Hillerød, Denmark, with the 2019 Nils Foss Excellence Prize for his pioneering work in food design and nanotechnology.

The annual award, named after the late founder of FOSS, a multinational food tech company, was established in 2016 to recognize a globally respected scientist for innovative research that leads to “remarkable improvements” in the quality, safety, nutrition, and sustainability of food.

The award includes a cash prize of 100,000 euros ($110,000), which McClements says he will use to move his research program into new directions. The funds will help support new equipment and resources, particularly in the area of future foods, such as plant-based foods, 3-D food printing, and nano-enabled nutraceuticals.

I am really honored to receive such a prestigious award,” said McClements, author of a new book, Future Foods: How Modern Science Is Transforming the Way We Eat. “It is an extremely exciting time to be a food scientist, and there are many innovative scientific and technological approaches being developed to tackle problems linked to the food supply, such as feeding a growing population, ensuring our food is safe, minimizing the harmful impact of the food production system on the environment, and improving human health and well-being.”

The award committee emphasized that an important strength of McClements’ work is how it has been applied. “Professor McClements’ research in functional foods has contributed to improved quality, safety, sustainability, and healthiness of the food supply, and has served as a paradigm for many other researchers in the field,” a FOSS statement said.

Rosskam’s connection to Penn State goes back to the 1940s, when both of his parents attended as students. A graduate of Southern Illinois University, he pursued a career in the flavor sector of the food industry, including the family-owned company called David Michael and Company, which specialized in natural vanilla. Many of his customers, including the Penn State Berkey Creamery, were in the dairy business. Eventually this led to his recruitment to teach an Ice Cream Short Course module on vanilla, which he taught for 32 years.

“Our family has been committed to education at the graduate level for a long time,” said Rosskam. “It’s ingrained in our DNA. Graduate fellowships give a competitive advantage to the Food Science Department, allowing it to attract the best and the brightest. Food, the industry I’ve spent my life in, will be better off if the program at Penn State can attract top-notch students.”

Best-selling author and IFT member Guy Crosby recently published a new cookbook, Cook, Taste, Learn, which offers a lively tour of the history and science behind the art of cooking, with a focus on achieving a healthy daily diet. Tracing the evolution of cooking from its earliest origins, he recounts the innovations that have unraveled the mysteries of health and taste.

Crosby explains how the nutritional quality and gastronomic delight of everyday eating can be improved by applying cooking science and how science-driven changes can also help reduce the risk of developing chronic diseases and enhance our quality of life. The book features accessible explanations of complex topics as well as a selection of recipes that illustrate scientific principles. Cook, Taste, Learn reveals the possibilities for transforming cooking from a craft into the perfect blend of art and science.

Crosby is adjunct associate professor of nutrition at the Harvard T. H. Chan School of Public Health and coauthor of the New York Times bestseller The Science of Good Cooking (2012) and Cook’s Science (2016).

IFT recently celebrated three companies in Costa Rica, Argentina, and Mexico, each of which received an Innovation Award for its efforts to advance the science of food.

Vegetales Fresquita S.A. won the award for its implementation of a circular business model in processed salads, which started with the development of 100% compostable packaging based on PLA for processed salads. The company then developed a packaging collection program with a national supermarket chain to take used packages back to Vegetales Fresquita’s facilities. The used packages are converted into organic fertilizer through composting techniques, together with organic waste from the company. The material is then delivered to the producers of vegetables and other raw materials. Vegetales Fresquita estimates that the implementation of the concept in its production chain will eliminate about 1,000,000 plastic bags in 2020 and increase sales in supermarkets within the program by more than 20%.

At the 17th annual Food Science and Technology Congress hosted by the Argentine Association of Food Technologists (AATA) in Buenos Aires, Ledevit SRL was honored with the IFTAATA Food Industry Innovation Award. Presented for the first time, the IFT-AATA Food Industry Innovation Award aims to promote research and development in the food industry by recognizing the innovative products commercialized by companies based in Argentina.

Ledevit SRL won the award for its submission of Base No Láctea. The nondairy base is a functional substitute for milk, milk cream, and butter that can be used to make ice cream and milkshakes, as a filling in cakes and baked goods, and as a coffee creamer. It was developed especially for people who are allergic to cow’s milk protein and who are lactose intolerant. It is free of gluten and soy and does not contain ingredients of animal origin. There is also a reduction in total fat of ready-to-eat products made with Base No Láctea, compared with equivalent products made with butter and/or milk cream.

At the Food Tech Summit & Expo in Mexico City, Mexico, Neogen Latinoamérica was presented with the 2019 Food Tech Summit & Expo Mexico Innovation Award. Now in its third year, the award honors outstanding innovation in products, ingredients, technologies, instrumentation, equipment, and services that were commercially introduced prior to January 1, 2019.

Neogen Latinoamérica captured the award for its submission Listeria Right Now. The ANSR Listeria Right Now system is capable of detecting very low amounts of Listeria spp., including L. monocytogenes, from environmental samples, without requiring enrichment. The system employs an isothermal amplification reaction, based on nucleic acids, to target the rRNA. The amplification occurs through a polymerization mechanism by means of a specific endonuclease. Detection occurs in real time, using a fluorescent molecular beacon.

Uzogara, a CFS and member of IFT, is a nutritional epidemiologist with the Massachusetts Department of Public Health (MDPH), where she reviews existing and new surveillance systems, develops evaluation strategies for state plans, and analyzes data collected for the MDPH WIC/Nutrition and Primary Care Division programs. Uzogara is a fellow of the Academy of Nutrition and Dietetics and holds an MS in food science from Drexel University and a PhD in food science from King’s College London.

Linda Harris, chair of the Department of Food Science and Technology at the University of California, Davis, was named a fellow of the International Association for Food Protection (IAFP), where she served as president from 2017 to 2018. Harris was elected a Fellow of IFT in 2018 in recognition of her significant contributions to food science, especially related to controlling Salmonella and other pathogens in lowmoisture foods such as tree nuts, and in controlling pathogens in fresh and freshcut produce. Her research and outreach programs have led to notable changes to microbiological methods and method development, food industry practices, government policies, and the overall field of food safety.

Getting to know Sumeet Dhawan 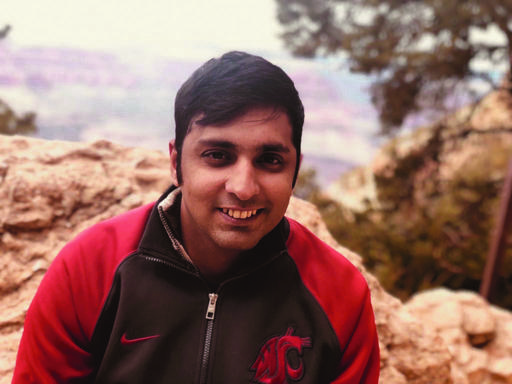 "I love every aspect of food and enjoy the fact that I get to work on product innovation for the world’s largest nutritional, health, and wellness company,” says Sumeet Dhawan, who as part of Nestlé R&D’s Innovation and Discovery Group, works on digital technologies that could influence the way consumers shop, cook, and eat food.

Dhawan, who earned a PhD in biological and agriculture engineering from Washington …

"I love every aspect of food and enjoy the fact that I get to work on product innovation for the world’s largest nutritional, health, and wellness company,” says Sumeet Dhawan, who as part of Nestlé R&D’s Innovation and Discovery Group, works on digital technologies that could influence the way consumers shop, cook, and eat food.

Dhawan, who earned a PhD in biological and agriculture engineering from Washington State University, finds that his role at Nestlé affords him opportunities to expand his knowledge as part of a cross-functional team that includes scientists, marketing professionals, and individuals in finance, supply chain, operations, and quality and regulatory functions. Working with such a wide array of people, he says, “helps me learn new things every day and helps me appreciate the effort it takes to take something from just a concept or idea to the hands of the consumer.

As a student, Dhawan became involved in volunteering with IFT at the annual event in 2010. “The event exposed the various opportunities the IFT community has to offer and encouraged me to get involved more with the organization,” he recalls. After graduation, he joined the Lake Erie Section and helped organize the annual golf outing. “Currently,” he says, “I am the chair of the section and have thoroughly enjoyed the experience so far, interacting with various suppliers and students, and looking forward to a successful Suppliers Night in May 2020.”

Looking back to 2017, Dhawan says his participation in the Emerging Leaders Network was a highlight of his involvement with IFT, allowing him to “be part of an amazing group of colleagues in the food community. It was definitely a humbling experience to be selected for the program.” Naturally, giving back is important to Dhawan, who says, “Student scholarship fundraising events are the dearest to my heart, as I was a recipient of the benefits of the incredible Feeding Tomorrow Scholarship.”

Reflecting on IFT’s core values of Community, Integrity, Passion, Progress, and Respect, Dhawan believes the combination has played a key role in his professional life. “However,” he says, “if I had to pick one, it would be the sense of Community that keeps this organization so meaningful. Whenever I attend the annual IFT meeting, I feel a sense of belonging to a world-class community from which I can keep learning.”

IFT notes the passing of the following member: Pio Angelini.