“Time flies,” says Dietrich Knorr, who notes that he was probably the first Austrian PhD student in 1971 to join IFT. When thinking back on his participation in IFT events over the years, he recalls, “I always admired the fact that the annual IFT meetings are basically a must for academics and their graduate students in the United States and thus provide a most effective way for personal interaction and exchange.”

John Erdman recalls a similar experience: “My membership and service in IFT began when I was a graduate student at Rutgers and active in the New York Section and helped launch my research and teaching career in the Department of Food Science at the University of Illinois. I have thoroughly enjoyed my service on numerous committees, including the Executive Committee, Program Committee, and Scientific Lectureship Committee and am proud to have been elected a Fellow of IFT.”

IFT thanks all of these valued members for their support.

Earlier this year, the International Division invited IFT student-members to join them for a week-long interactive hackathon, called Don’t Spoil It!, to develop solutions to the challenge of food waste. Working digitally in randomly assigned teams, the students designed technical concepts to help reduce food waste worldwide. Teams were judged on scientific merit, practicality of implementation, and the ability to describe and defend their idea in a succinct manner.

“It was a very tough decision for the judges, since all of the teams presented very nice solutions to fight food waste,” says competition judge Lisa Franke, research associate in the Department of Food Biotechnology and Food Process Engineering at Technische Universität Berlin. “However, the team FoodyPal was chosen because they had an awesome presentation of their app helping consumers to avoid wasting food. The video was very nicely made and easy to follow. Furthermore, their answers to the questions asked were very clear and well thought out.”

“During our exploration of the food waste problem space, we realized that consumer households are a major contributor to food waste,” explains Shrivastava about the approach the team took to creating FoodyPal. “The essence of our idea is: ‘We are the problem; we are also the solution.’ With this platform, we developed a micro-community of users in the same neighborhood who can barter excess food, exchange recipes, or share tips and ideas. Additionally, food scientists and chefs can share their expertise-based knowledge on this platform.

“We leverage artificial intelligence to scan receipts, map the inventory of consumers, and suggest the most fitting recipes,” she adds. “The highlight is that we gamify this approach by introducing challenges and bonus points to trigger the reward center of the brain. We also translate this to dollars saved or ecological footprint per user. So it’s a consolidated approach to reduce food waste, while having some fun along the way.”

“Not only do we see FoodyPal as a social media app, but we also see it as a useful all-in-one tool for users to track food redistribution locations, get reminders on food spoiling in their fridge, search food and nutrition tips, etc.,” says Kang. “Our team as a whole feels that being food science students opened up our eyes about flaws in the food system. Being aware of the amount of food wasted globally certainly changed our relationships with food for the better, which is why we think FoodyPal could be a way to reduce food waste.”

Participating in the hackathon has had a positive impact on the team members, spurring them to consider more innovative approaches to reducing food waste. “The fact is, many initiatives have been undertaken all over the world to reduce food waste but still, so many things remain to be done,” says Bagoudou. “I felt like everyone should be involved in this global cause and I wanted to do my part by bringing in my contribution to tackle this issue. I also wanted to connect with people who share my interest in food waste.”

The main goal of hosting the hackathon, according to Zoila Chevez, graduate research assistant in the Department of Poultry Science at Auburn University and one of the hackathon’s organizers, was “to create awareness regarding food waste. We decided to partner with students because they are the future generation of food scientists and we wanted to generate networking between them.”

As it turned out, the collaborative nature of the event was one of the highlights for many participants, including Almendarez. “As a group, we discussed every option and idea we had,” she reports. “We tried to get to an accessible source of information because due to the pandemic, consumers are already familiarized with the type of interaction the app offers.”

In addition to the networking and learning opportunities presented by the hackathon, the event underscored how “curiosity, open-mindedness, and the willingness to learn can open doors in the future,” notes Kang.

Getting to know Mario Estévez

No doubt, having the chance to create a personal and professional international network with colleagues from all over the world is the most satisfying aspect of my job,” says Mario Estévez, associate professor in the Department of Animal Production and Food Science at the University of Extremadura, Spain. In addition to teaching and supervising master’s and PhD students and international scholars, he conducts research r…

No doubt, having the chance to create a personal and professional international network with colleagues from all over the world is the most satisfying aspect of my job,” says Mario Estévez, associate professor in the Department of Animal Production and Food Science at the University of Extremadura, Spain. In addition to teaching and supervising master’s and PhD students and international scholars, he conducts research related to oxidative stress, antioxidants, meat quality, safety, and human nutrition. “I collaborate with the industrial sector (animal nutrition, food companies),” he explains, “and I have led several national and international projects with peers from all over the world.” 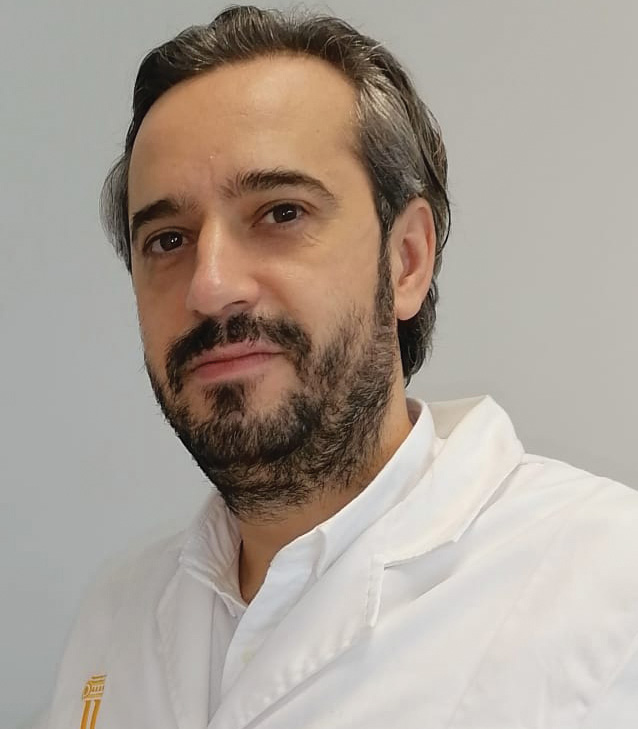 Working in such a collaborative setting has garnered a variety of speaking invitations for Estévez, at congresses and workshops worldwide, which have allowed him to visit the United States, China, Brazil, Norway, Finland, Egypt, and South Africa, among other destinations. “I keep friends in all these places from whom I have learnt to be a better scientist and a more tolerant and open-minded human being,” he says.

Estévez first became involved with IFT when his friend and mentor Youling Xiong, from Kentucky University, invited him to join the editorial board of the Journal of Food Science in 2016. “Later on, I was invited to be associate editor in the same journal and, recently, was encouraged to act, as well, as associate editor for Comprehensive Reviews in Food Science and Food Safety. I am currently working for both IFT journals.”

Although deciding the fate of journal submissions is not an easy task, it is one that Estévez takes seriously and has benefitted from. “Working with other associate and scientific editors from IFT journals, with all of them being recognized experts in their fields, was, from the beginning, a great honor and
a great responsibility. I have learned and grown, scientifically, reading their papers and books, and here I am, having the chance to work with them as peers.”

Among IFT’s core values, Passion is the one that resonates the most for Estévez. “I normally let my soul be my pilot,” he says, noting that “the other core values are easily achieved when passion impregnates your personality and work.” As a self-described “pragmatic and rational human being,” he believes the key to success rests with having “a good balance between passion (for progress, equality, and social justice) and reason (to know how to integrate, innovate, and grow).”

Looking to the future, Estévez sees the role played by genetics and the microbiota in our physiology and health as having particular relevance. “Personalized nutrition will be a great challenge,” he predicts, “and identifying the molecular basis of aging and disease will definitely assist in using foods as promoters of health and lifespan.”