The IFT Leadership Election opened on February 3, 2020 and concluded on March 2, 2020. The candidates listed below were elected by the general membership and will take office on September 1, 2020.

IFT Board of Directors

IFT’s voting membership elects one member for President-Elect, four members for the Board of Directors, and three members for the Nominations & Elections Committee. During our election, February 3–March 2, 2020, IFT members were able to cast their ballots electronically from any Internet-accessible computer worldwide. IFT sent emails containing voting instructions to the general membership (Premier, Networking & Engagement, Emeritus, and Joint International members) on Feb. 3, Feb. 12, Feb. 18, Feb. 25, Feb. 28., Mar. 1, and Mar. 2.

“I have had the honor to serve in various elected leadership positions within both the Biotechnology and Nonthermal Processing Divisions. Joining the IFT Board of Directors feels like a natural extension of my Division leadership experiences. Being on the Board has been a fulfilling experience as I have the opportunity to work with a globally diverse team of Board members and IFT staff, to serve and contribute to an organization that has given me so much, and it has been a lot of fun!” 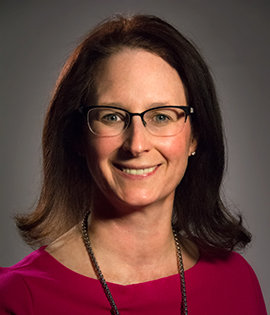 November 1
All candidates will be contacted by Nominations & Elections Committee

March 6
All candidates will be contacted by Nominations & Elections Committee

You must be an active member of IFT to participate.

Please confirm your most recent email address is provided to IFT to ensure delivery of nomination and election communications. To verify, please contact [email protected].

IFT board leaders are responsible for cultivating a professional community committed to advance the science of food and its application across the global food system. The Board of Directors upholds strategic promises to IFT members to focus on individual development, productive networks, scientific innovation and issues advocacy.

IFT Board candidates background should reflect:

IFT Board members are required to commit to the following during their board tenure:

Board candidates should reflect the following personal characteristics:

All Board candidate experience is required to reflect the following:

NOTE: To ensure Board diversity, individuals with less IFT volunteer experience may be considered.

Diversity within the Board as a whole: