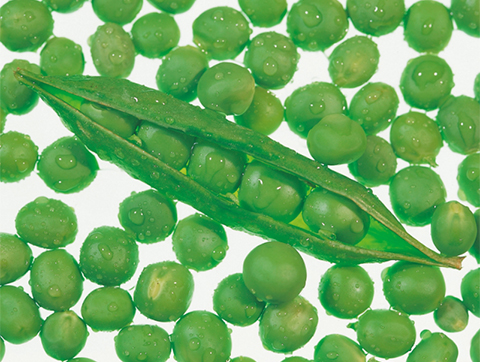 Researchers identified zinc as one of the most important essential trace metals in human nutrition and lifestyle in a new review article in Comprehensive Reviews in Food Science and Food Safety, published by the Institute of Food Technologists (IFT).  Zinc is not only a vital element in various physiological processes; it is also a drug in the prevention of many diseases.

The adult body contains about two to three grams of zinc. It is found in organs, tissues, bones, fluids, and cells. Foods with high protein content, specifically animal protein, are major sources of zinc in the human diet. Zinc can also be used as fortification for other foods as well. Nearly half of the world’s population is at risk for inadequate zinc intake. The article reviewed numerous studies that showed a relationship between zinc and vital human physiological processes such as the following:

Brain: The blood zinc level is less in patients with Alzheimer’s and Parkinson’s disease (Brewer, and others 2010).In a rodent study, it was observed that zinc behaves like an antidepressant (Nowak and others, 2005).

Cardiovascular System: Zinc performs a noteworthy role in the regulation of arterial blood pressure. Males and females were reported to metabolize zinc differently when suffering from hypertension (Tubek, 2007).

Liver: Zinc deficiency in the liver occurs not only in those with liver cirrhosis, but also in less advanced alcoholic and nonalcoholic liver disease (Bode and others, 1998).

Pregnancy: A mild deficiency of zinc during a pregnancy can cause increased maternal morbidity, abnormal taste sensation, prolonged gestation, inefficient labor, atonic bleeding, and an increased risk to fetuses (Jameson, 1993).

Diabetes: Zinc is very important in the synthesis, storage, and secretion of insulin (Chausmer 1998). A low level of zinc has been shown to play a role in diabetics with associated disease conditions such as coronary artery disease and several related risk factors including hypertension, and elevated levels of triglycerides (Singh and others, 1998).

Endocrine System: Studies show a correlation between zinc deficiency in geriatric patients and reduced activity of the thymus gland and thymic hormones, decreased response to vaccinations, and reduced immunity (Haase and Rink, 2009).

Healing: Zinc deficiency has been linked with delayed wound healing, and has been found to be crucial to the healing of gastric ulcers especially at the early stage (Kennan and Morris, 1993; Andrews and Gallagher-Allred, 1999; Watanabe, 1995).

Pneumonia: Zinc may shorten the duration of severe pneumonia and time in the hospital (Brooks, 2004).

Why Use the Nutrition Facts Label February 12, 2021

This column offers information about how milk products can be contaminated by Bacillus cereus, which can lead to foodborne illness.

An exploration of the way in which consumers have moved away from a focus on diets to eating lifestyles.