Cardiovascular health and weight management are two of today’s top health concerns. Proteins, from a myriad of sources, address these and more. While consumers are most familiar with soy, egg, and whey, other proteins and peptides are showing their potential to become protein powerhouses. 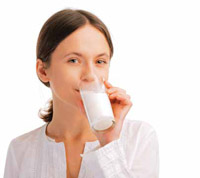 Egg Protein
One egg provides more than 6 g of high-quality protein (13% of the Daily Value). Eggs have traditionally been used as the standard of comparison for measuring protein quality because of their essential amino acid profile and high digestibility, according to information from the American Egg Board, Park Ridge, Ill. (phone 847-296-7043, www.aeb.org). In addition, eggs are rich in the essential amino acid leucine, which contributes to muscles’ ability to use energy and aids in post-exercise muscle recovery.

Layman and Rodriguez (2009) further explained leucine’s role in muscle energy and recovery. “Given the unique complementary relationship between the essential amino acid (EAA) leucine and glucose utilization by muscle, it would follow that a diet rich in the amino acid leucine would be advantageous to men and women undergoing endurance training,” the authors state. “Leucine is also a critical element in regulating muscle protein synthesis and may be the key amino acid defining the increased needs for EAA to optimize skeletal muscle mass,” they continue. “Increased tissue levels of leucine combine with circulating insulin to allow skeletal muscles to manage protein metabolism and fuel selection in relation to diet composition.

“Moreover, muscle recovery from exercise, both resistance and endurance, seems to be dependent on dietary leucine,” the authors further observe.

Advancements in research and development have led to whey ingredients that make it easier to add protein to a growing variety of products. For example, at the 2010 IFT Annual Meeting and Food Expo, Grande Custom Ingredients, Lomira, Wis. (phone 800-772-3210, www.grandecig.com), showcased Grande Bravo functional whey proteins, which can replace high-fat ingredients in food products. Grande WPCrisp, also featured at the IFT Food Expo, provides protein to bar applications while imparting a crunchy texture and mild, milky flavor profile. The ingredients can be customized with protein levels from 25% to 70%.

Soy Protein
Soy protein garnered much attention in 1999 when the Food and Drug Administration approved a heart health claim linking soy protein to lowering cholesterol levels. Through the years, research has revealed additional benefits, including weight management and sports performance.

Soy protein has been found to have a similar, and in some cases a greater, effect on satiety than other commonly consumed high-quality proteins, according to information in Solae™ Science Series (2009). Animal studies have shown that soy protein suppresses appetite, in part, by stimulating the release of cholecystokinin, which regulates satiety. The newsletter discussed three recent reviews that concluded that energy-restricted diets predominantly based on soy protein are equivalent to diets based on other high-quality protein sources for reducing weight and body fat in adults.

Paul (2009) found that consuming a blend of proteins (isolated soy protein, whey protein, and casein) may have advantages for sports performance and provides nutritional advantages over consuming just one type of protein. “Protein is considered by many to be the most important macronutrient for humans because of the numerous roles protein plays in the body,” says Greg Paul, Solae’s Global Director of Sports Nutrition. “My review proves not only the importance of protein, but also potential benefits of combining different proteins, particularly to help promote recovery after exercise activity.” Paul explained that isolated soy protein, whey protein, and casein differ in digestion rates, potentially creating a “timed-release” effect that could prolong the time that absorbed amino acids are delivered to muscle, resulting in faster recovery. “Additionally, comparative studies between isolated soy protein and whey protein show similar increases in lean body mass whereas whey protein may have an advantage over casein. The possibility exists that endurance athletes, because of their specific needs, would benefit from a different protein blend than a blend used by strength athletes.”

At the 2010 IFT Food Expo, Solbar Industries Ltd., Ashdod, Israel (phone +972-8863-2111, www.solbar.com), launched a calcium-fortified isolated soy protein, Solpro 735, for use in a wide range of beverage applications. The calcium fortification brings the calcium level of the ingredient to 3% while the protein level is 80%.

Burcon NutraScience Corp., Vancouver, British Columbia (phone 888-408-7960, www.burcon.ca), offers Clarisoy™ soy protein isolate, which is 100% soluble and completely transparent in acidic solutions. Over the past year, Burcon has undertaken numerous activities in the pursuit of establishing a strategic alliance for the commercialization of the ingredient.

Collagen Proteins
Collagen proteins are believed to provide benefits for joint health, but at this year’s IFT Expo, GELITA,Sergeant Bluff, Iowa (phone 712-943-5516, www.gelita.com), focused on weight management concepts using collagen. According to the company, three important aspects of weight management facing food developers are replacing fat, reducing calorie load per serving, and accelerating satiety. Thanks to their fat-like texture and mouthfeel, GELITA® Collagen Proteins can mimic fat in a number of food products. With their water binding and foaming capabilities, they increase the volume of food without adding unnecessary calories. Protein-rich nutrition supported by the collagen proteins allows for an earlier “full feeling” and for longer-lasting satiety.

Canola Proteins
Canola proteins are extracted from canola meal. Burcon extracts and purifies a canola protein isolate, offering it under the trade name Supertein™. It is a highly soluble protein with a balanced amino acid profile, and it is comprised principally of albumin proteins. In April 2010, the company announced that the Division of Biotechnology and GRAS Notice Review of the FDA’s Center for Food Safety and Applied Nutrition formally acknowledged receipt of Burcon’s GRAS notification. The company currently holds a total of 17 U.S. patents for its protein extraction technology and protein product uses.

Dairy Peptides
Various dairy-derived peptides have stepped into the limelight thanks to their benefits with cardiovascular health. For example, specific, naturally-occurring dairy peptides called lactotripeptides are found in tensVida™ from DSM Nutritional Products Inc., Parsippany, N.Y. (phone 800-526-0189, www.dsm.com). The ingredient supports the natural processes of the body by relaxing and expanding blood vessels, which in turn helps to keep blood pressure within a healthy range. The active peptide responsible for the beneficial effects in blood pressure is isoleucine-proline-proline.

In August 2009, Glanbia Nutritionals announced that its new peptide was shown to significantly improve measures of vascular health in a human clinical study. The company discovered NOP-47—short for nitric oxide peptide–47—as part of its search for naturally derived whey peptide fragments that promote health and sports performance.

An overview of the perception and mitigation of astringency associated with phenolic compounds January 14, 2021

Bacterial spores in spices and dried herbs: The risks for processed food January 14, 2021